Keeping your people happy and fed can be as hard as winning the game.

Keeping your people happy and fed can be as hard as winning the game. 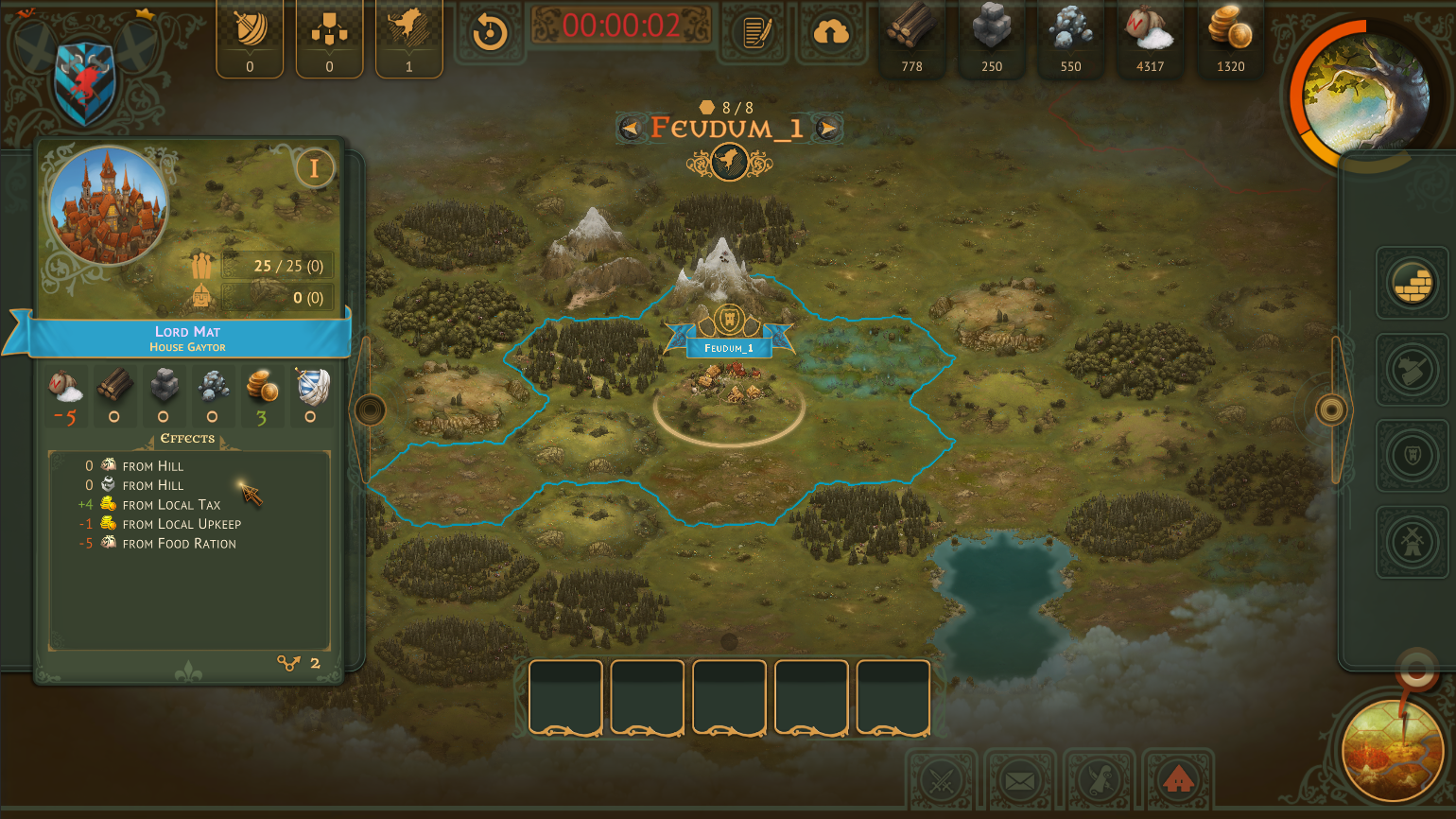 Throughout history, producing enough food to insure survival was not always a sure bet. Even by the Middle Ages, ordinary people still had trouble growing enough to eat year round. In Feudums, this fact of life is represented by the amount of manpower a player must use sowing, weeding, and harvesting crops. If it seems like a never-ending cycle, that’s only because it actually is.

Even the herd animals living on the farm get into the natural cycle: birth of calves in the spring, fattening the animals up throughout the summer leading to some taken for food during those cold winter months before it starts over again the following year. Feudums even allows milking a few times a year to provide an important boost to your food stores.

Check the season in the upper right.

Actual farmers in the medieval world didn’t have modern farming implements or knowledge. They knew enough to rotate fields else the ground lose all its nutrients but fertilizing was in the first stages of becoming a known practice. Most plowing was done by hand, and only the luckiest of serfs might share an team of oxen within a feudum. It was a rough life for workers in a feudum.

So it’s no surprise that food plays a huge role in Feudums. Not only must players decide how many serfs to send to the fields throughout the year but also regulate how much of the harvest you’ll share with them. 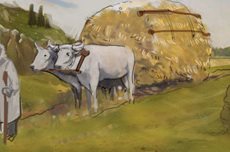 So players must figure out the fine line between less than optimal food production and overproduction. It’s hard for me to give pointers because the formulas aren’t set in stone yet, but I can talk about the numbers being used for the beta testing of the builds. These specifics may change at any time.

There are several ways a feudum gets its food.

The first way is each tile’s basic yield. Much of the terrain will provide some basic food to your hungry population. This represents the fish caught, animals hunted, and fruit or berries picked. The best thing about a terrain’s basic yield: it’s not seasonal, meaning you’ll get that amount per tick year round; you don’t have to spend precious manpower gathering it as your serfs will grab it automatically although it is subject to morale modifiers (unhappy people will gather less; happy people will do extra runs) Most terrain tiles don’t give away much but it all adds up.

This forest tile provides 3 food per tick year round.

Basic Tile Food Yield (Beta - may change at any time) Check in game on your tile cards to get the latest basic food per tile number.

The second method - and most productive - is to go through the three-step cycle of sowing, weeding, and harvesting. During the sowing phase, the amount of serfs you send into the fields will set the maximum threshold for the amount you’ll be able to harvest.

Depending on when you get your farm built and ready to go will depend on when you can harvest your first crops. Another important item to remember when delegating your workers, is that the number of serfs you send into the field in each farming phase must be the same size as the amount used when you planted. If you use less for weeding or harvesting, you will not realize the full amount planted. If you use more, your harvest will not increase. (It is a subject of settings. We can specify different base return values for each phase, so we can set that a single serf returns 1 crop in harvesting but only 0.5 while weeding, etc.)

Sending the same amount of workers into the fields during the weeding and eventually the harvest phases, will insure you get the maximum amount of food from your virtual harvest. Each serf working in the field can grow 1 food per tick across the three phases (Again, this depends on the actual setting. It can and will change during our test games during production). 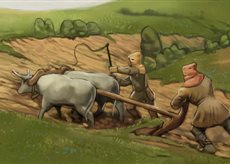 For example, assume seasons are 10 ticks each. You sow with 30 serfs in the spring, weed with 30 and harvest 30 turns later in autumn with 30 serfs. It looks like this:

If you had only sent 20 serfs out to weed or harvest, you would have only been able to collect 200 food. That’s why it’s so important to keep a stable working number on your farm year round.

Sneaking a peek at a neighboring feudum

The third way players get food is through the animals on their farm. In addition to crops that may be grown on an established farm, players can also control herd animals there as well. With the addition of herds, players have the option, at certain times each year, to further increased their food stores through milking (creates milk and cheese) and slaughtering animals for food (provides meat). The slaughtering phase, specifically, adds a great deal to the pantry and might be the difference between surviving the cold winter or going hungry.

While increasing the serfs in the fields will not increase the maximum amount you can harvest after the initial planting time, additional serfs working with your herd can make a difference.

The final stable version of the feudum management build will feature additional controls where players can specify the livestock threshold they want to keep from the slaughterhouse in order to secure future milking and breeding (currently, a herd can grow to 60 head and all are slaughtered in the respective phase except for 20 head kept to keep the cycle going the following year).

Feudums does a good job replicating the natural cycle of life. Like ancient and modern farmers, players must ... Read the rest of the article here! 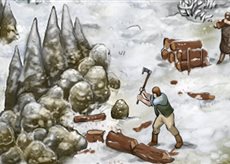