Let the Players Play Together!

No multi-player game is complete without a way for the players to interact with each other. Sure, they could already make friends, get married, make enemies, duel each other, work together or against each other in scenarios, trade, form governments and organize coupes, but none of that is personal enough. Groups and Coalitions offer players a way to form private organizations separate from (or even controlling) the existing government structure. 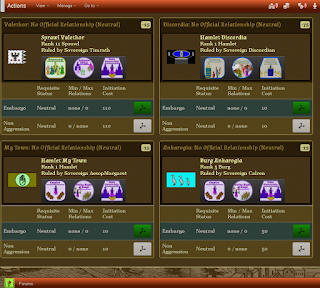 Every rank of Group and Coalition can accept and promote more members and spawn more sub-groups. Sub-Groups are small personal teams of members who enjoy working together. These will mainly come into play as adventuring parties in the 3D client.

Groups
Groups are organizations of individual players. They can exist between Settlements, consisting of as many as 130 members. Rank 1 groups have 3 member types: Leader, Member, and Recruit. As they gain size and power, they also gain intermediate ranks with cascading privileges.

Groups are either formed with a base-class or as a Family. Characters cannot be part of two groups, unless one of them is a Family. Families relate to but don't necessitate marriage and hand-fasting. Each Class-based group has a special name, along with titles for their members and sub-groups. They each have a bonus, a subgroup bonus, and an interesting restriction. For instance, a Commander-style group is a Company, it's members are Comrades and their subgroups are Squads. 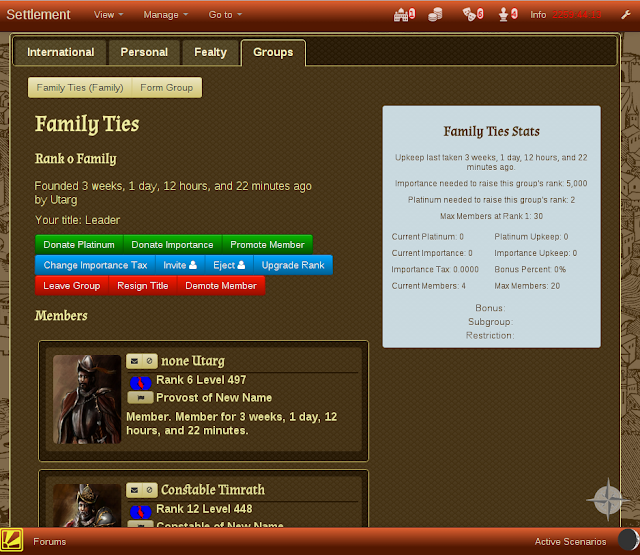 Groups can gain or lose Rank up to and down to Rank 13. A group with negative rank, like Heroes, gains infamy and it's members are assumed to be despised by all who hear of their association. As a Group ranks up (or down) they get cool rewards. Ex: 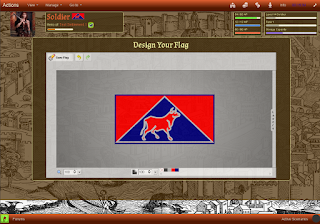 Coalitions
Coalitions occur when entire settlements decide to form teams. When a Coalition is formed, the acting rulers of member Settlements all become participants in the Coalition. Settlements inside a coalition gain bonuses together, often benefiting every resident therein.

Each Coalition is also designed with a Class style on creation. A caster-style coalition is known as a Consortium. Each involved Settlement is a Domain and allied players within are Associates to each other. Between Consortium Domains, Research points can be gifted. Trader-style coalitions (Leagues) benefit their settlements with automatically linked markets. 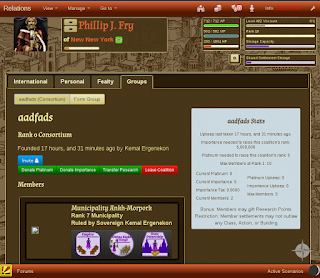 These organizations are incredibly powerful and will take both established and skilled play to maintain. However, the bonuses at each ascending rank are more than worth it. As a Coalition ranks up (they don't rank down) they also gain an impressive stack of rewards. Ex:

Together, Groups and Coalitions should provide a rewarding pretense for players to gather, form in-groups, and pursue selfish but ultimately shared goals. Want to try them out? Come find us at Brunegame.com!