In Gravit, the sun will speed up its journey according to the ongoing gravity phase. The more the gravity is low the more the sun will turn in the sky. This is why day and night affect Gravit environment.

In Gravit, the sun will speed up its journey according to the ongoing gravity phase. The more the gravity is low the more the sun will turn in the sky.
This is why day and night affect Gravit environment. 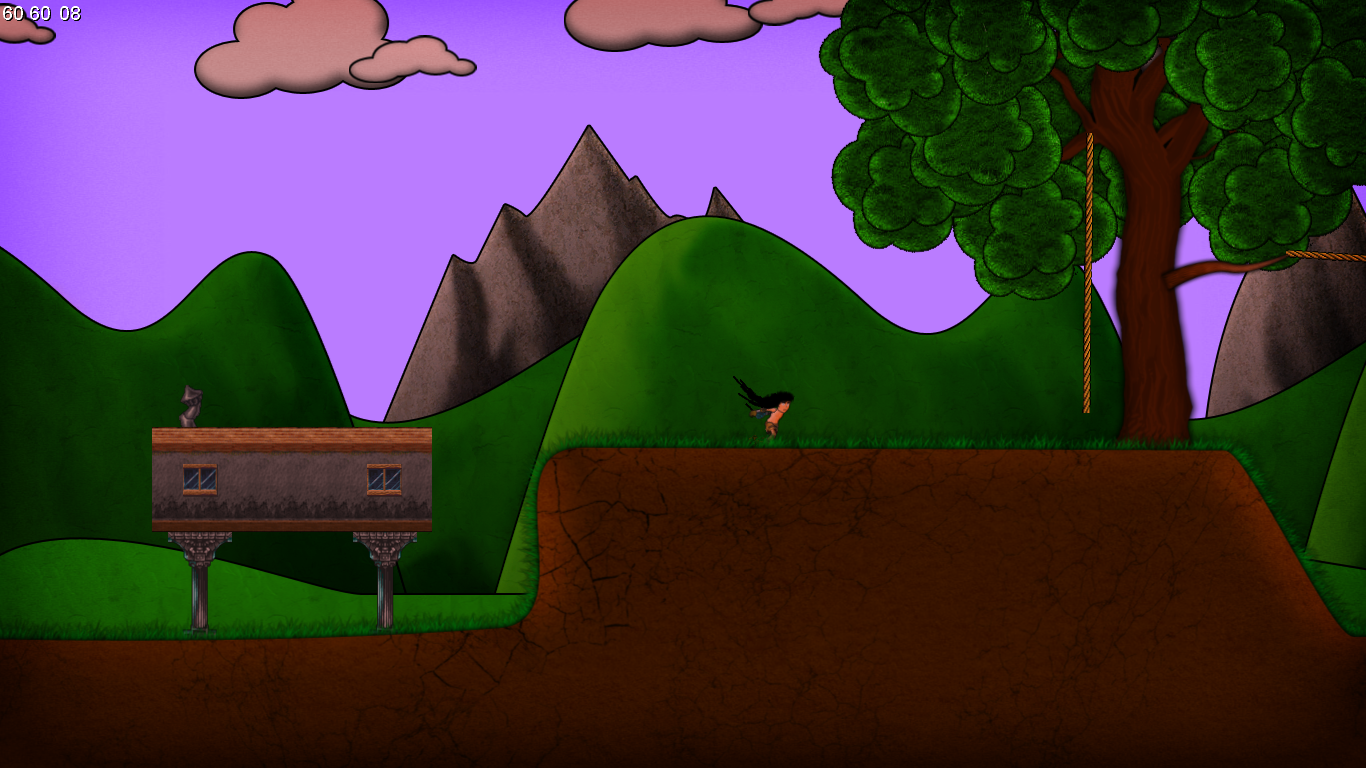 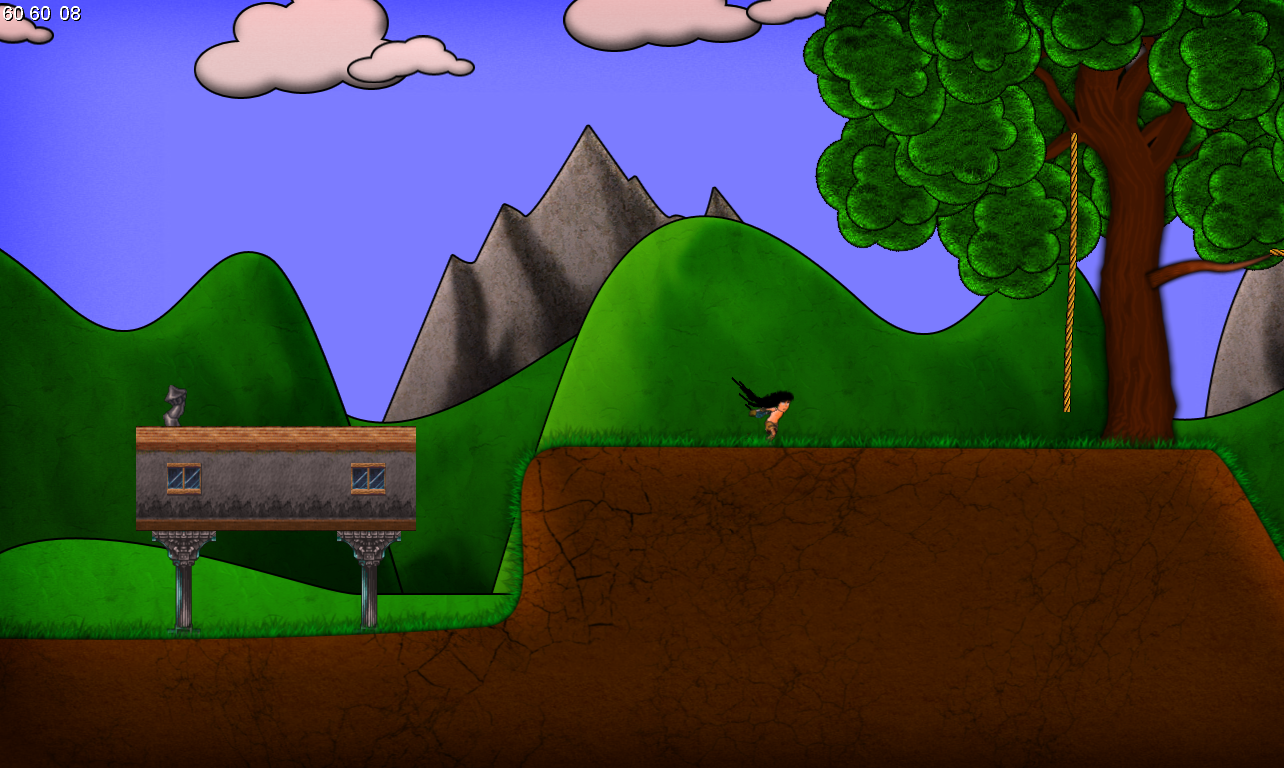 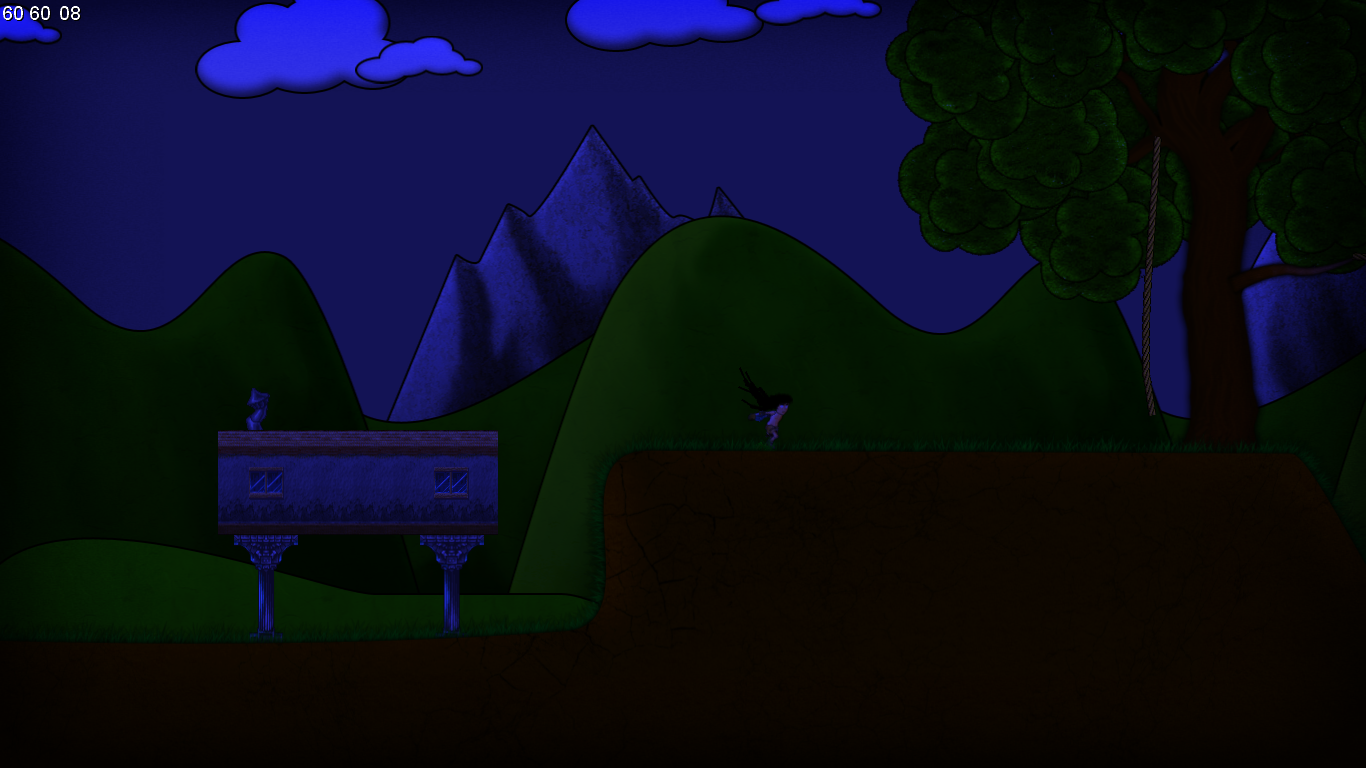 A dream. The hero is standing up in the middle of a nightmarish landscape, shredded edges stones are coming out of a bare and burned ground, while a dark green sky overlooks him. He looks around him and thinks:

He begins to tremble looking to his left. Unable to move. The black shape of a monster pounce on him from that direction, and when it touches the hero, the screen turns black.

The hero wakes up with a start in his bed at Location 3: Native Village. Someone is close to him, his aunt, witnesses his waking. She is tilted above him.

"AAh! " screams the hero, stroke by this close face. He almost falls from his bed.

"No need to scream, Atlann. Once again you’re late for the ceremony, but this time you can’t get out of it. "

With a sigh, he gets ready.

In the temple of the village, a few men and women are gathered around the dean, sat on an altar. They are not numerous. Atlann and his aunt make their appearance and some heads are turning towards them. Atlann is the youngest of them all.

" The news are bad !" Announces the dean to the small crowd. "To the west, the magma is expanding and it has never been so hot! And to the east, tremors make the earth and sea tremble. I'm telling you, my kids, the end is coming ! "

"It's at least the third time this year you announce us rains of frogs, old man ... " answers Atlann, jaded.

"…No, Atlann ! No ! It is not the hare-brained ideas of a madman, but rather signs mentioned by the prophecy! " sermonises his aunt. « It is very serious ! »

« But so am I, I am very serious ! By dint of hearing this spiel, I know it by heart ! It's always the same blathering about the end of the world."

Long pause, where everyone seems thoughtful.

"So why did you send him to chase after that stupid prophecy then ?"

"You, Atlann !" exclaims suddenly the dean while pointing at him. "You're the chosen one who will save the world from the perdition "

The viewpoint ascends, until the characters are out of scope. The title of the game appears.