In this update we have lots of changes, including graphics replacements, more visual effects, a new tribe name generator, user experience improvements, more tutorials, and more!

Posted by PokingWaterGames on Apr 9th, 2016

In this update we have lots of changes, including graphics replacements, more visual effects, a new tribe name generator, user experience improvements, more tutorials, I could go on and on! 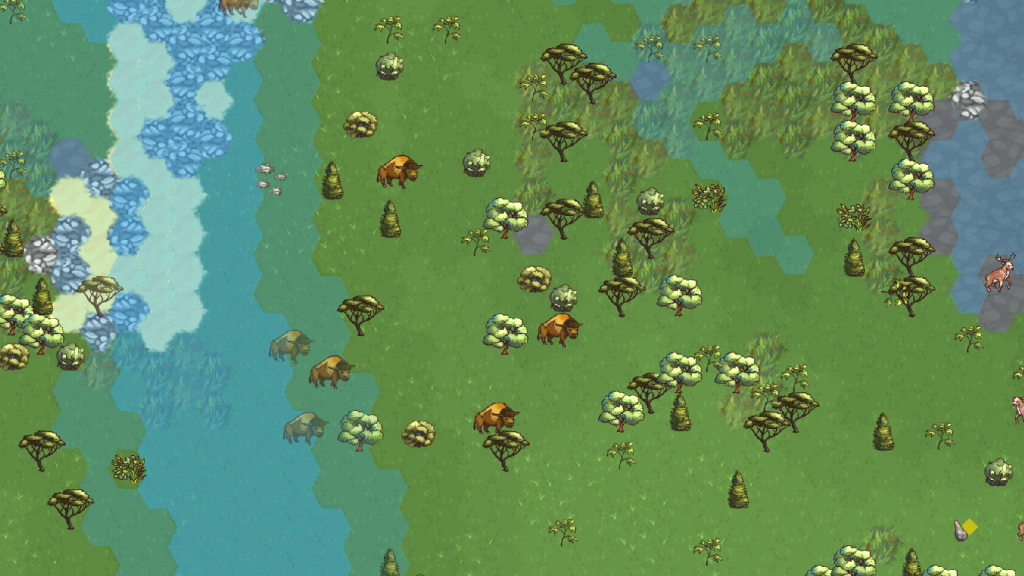 Firstly, graphical updates. The Pokian figures have been replaced with proper characters. They match the rest of the game better now. You can still select their tattoo and colour, and foreign tribes will still be generated with a random tattoo and colour. More of my lingering placeholder UI has also been replaced with visuals that match the game better, like the weather and season sprites. Finally, the terrain transitions have been improved so there are no more sharp divides between hexes.

Fish have been added as a resource that can be extracted from rivers (requires water to be flowing to spawn fish). Also, mosquitoes spawn in areas of the map when the humidity and temperature are high enough. They can give your Pokians malaria if they hang around infested areas for too long. To accommodate these two "resources", I've made some underlying changes to the resource generation system, so you might notice resources spawn slightly more/less than in the previous version.

There were some parts of the tutorial which needed improvement, in particular the stockpiling tutorial. Stockpiles are a very powerful tool and I don't think that came across clearly enough, so I've modified it to better show what you can do with them. There's also a tutorial for the task panel, where you can now set the priorities of different tasks. While I was looking at this, I also improved task assignments. Tasks are now done in order of assignment after they are sorted by priority. 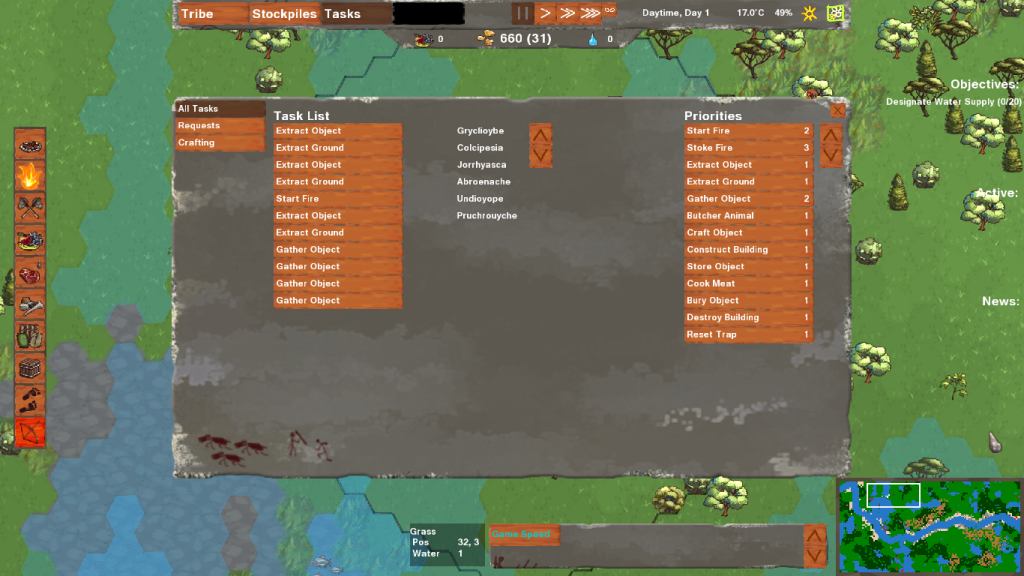 The last thing I'll talk about is the epic tribe name generator! It picks a random word from three lists and combines them to give tribes their names. You can still rename your own tribe of course, though foreign tribes will now be more memorable with names like "Crimson Foot Lovers". I might have to come up with a similar system for human names.