In this article, we discuss the gold release of Witchtale.

The Gold release is here, and our game name has been changed officially to Witchtale.

This week we made huge steps towards providing the best experience to players and at the same time did lots of fine-tunings and polishings to our game. Since the gold iteration is the first publicly released, we set our goal to make the game experience as fun and indulging as possible by improving what we already have.

Several biggest improvements were made possible by our great freelancers. We now have different music for each level and also the credit screen thanks to the hard work of our musician, Musa Haydar. We also have a voice actress, Madison Lee, to cover the voice for our main character, the young witch, and a voice actor, Jonathan Cox, to cover the narrations during the opening cutscene. Another sound related addition is we added sound effects for jumping, running, item collection, and brewing potion.

We also added several elements that are not critical to the gameplay. The first one is a beautiful credit scene that will be played after players beat the game. We also allow players to adjust the game volume in any level of the game. Another small change is that we added indication when players need to click to proceed. We also changed the sprite for the magic projectile, grappling hook and the character to provide a better aesthetic experience. Another critical change we made to help improve indulging experience is that we replaced the still tilemap with a water mesh renderer to the lunar pound level to mimic the true water.

After watching the gameplay footage of our beta version, we discovered that the game is a little too difficult for most players to finish in the timeframe of fifteen minutes, which is required by the showcase that we will enter this Wednesday. So we made many small adjustments in each level. In level one, we reduced the number of spikes and the size of some spikes that are in tight spaces. In level two, we added a lot more ingredients for health potion, and one more checkpoint. In level three, we reduced the size of spiky platforms to give players more clearance when they "spider-man" their way through the level. 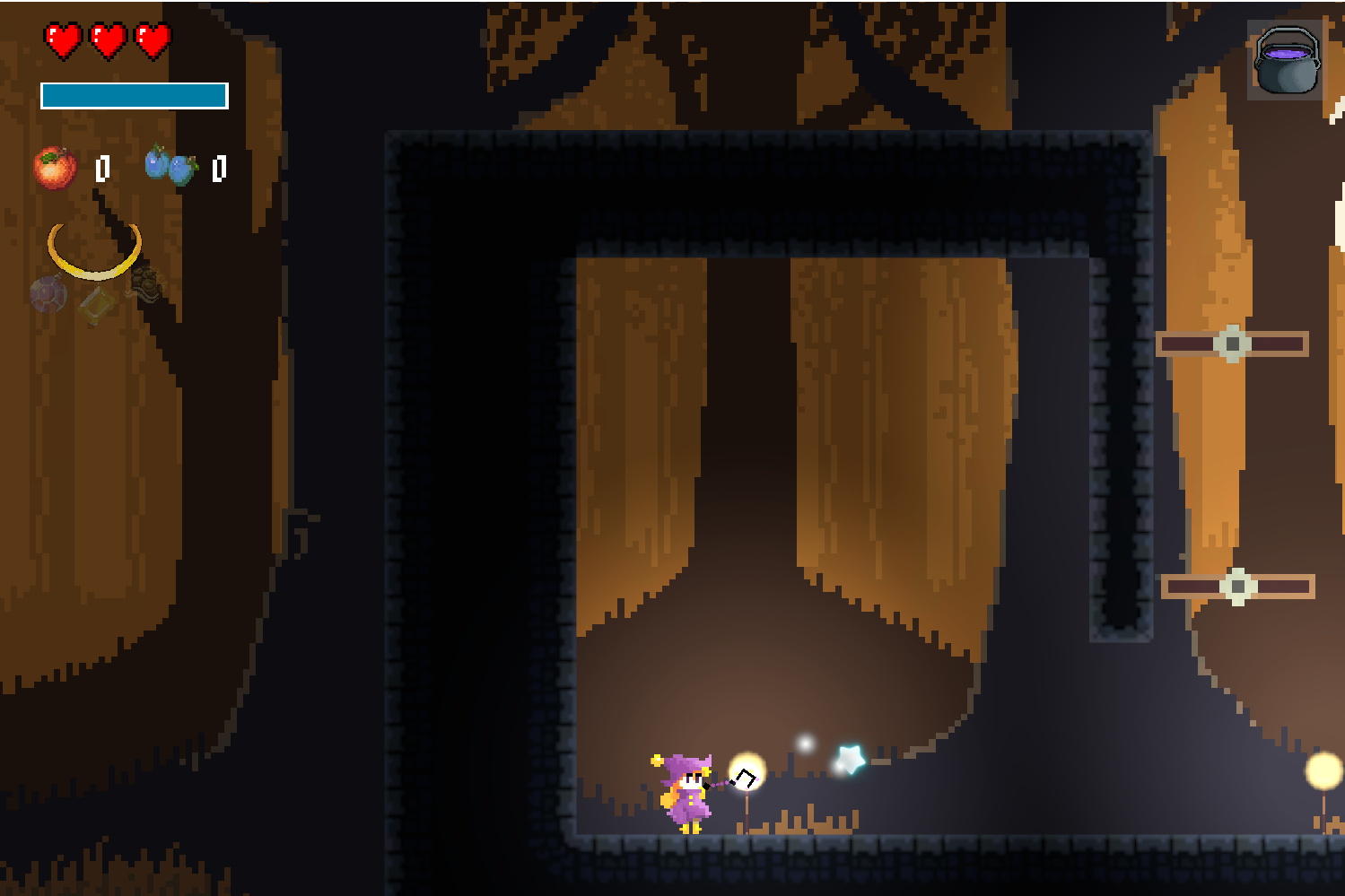 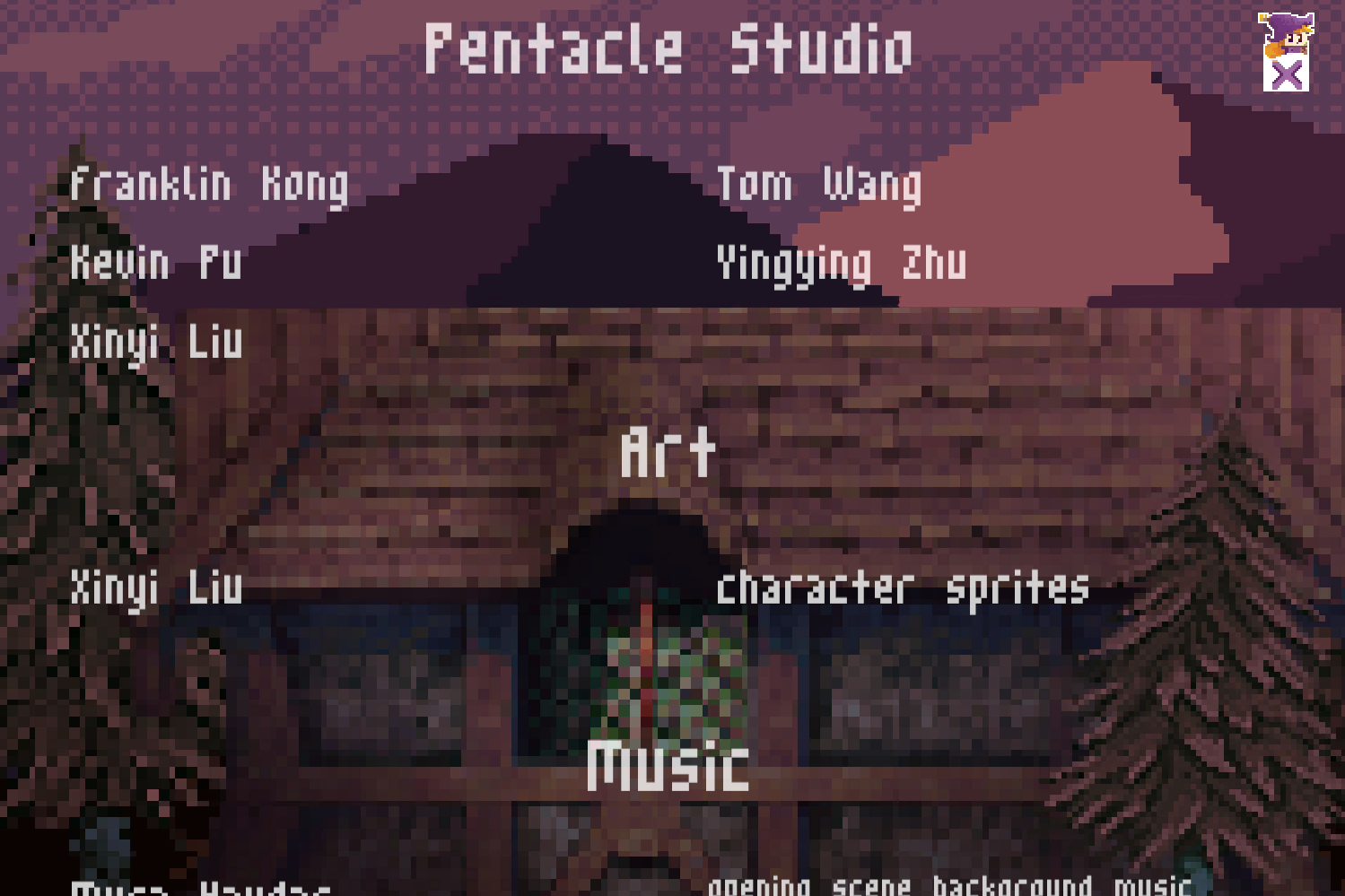 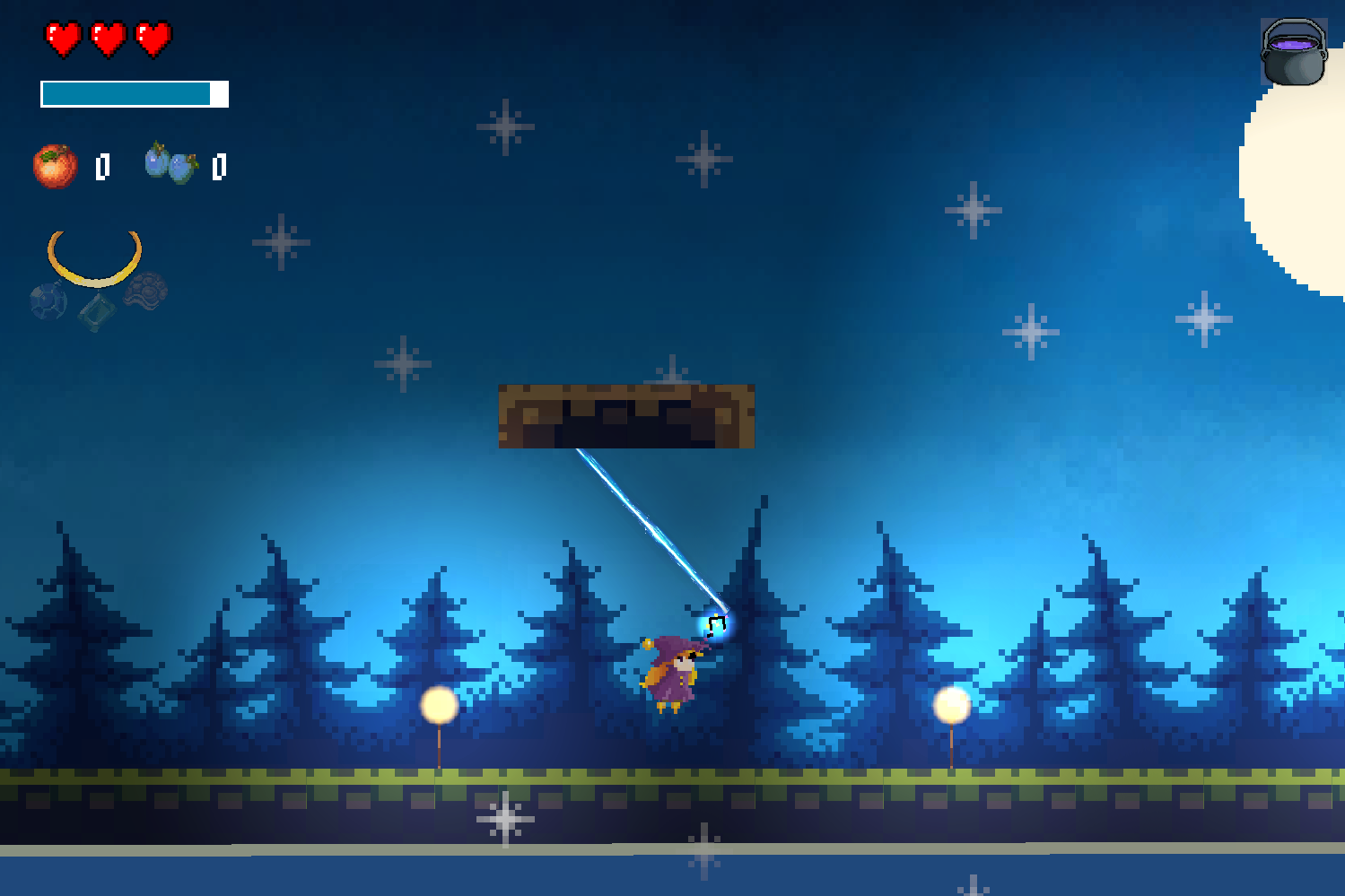 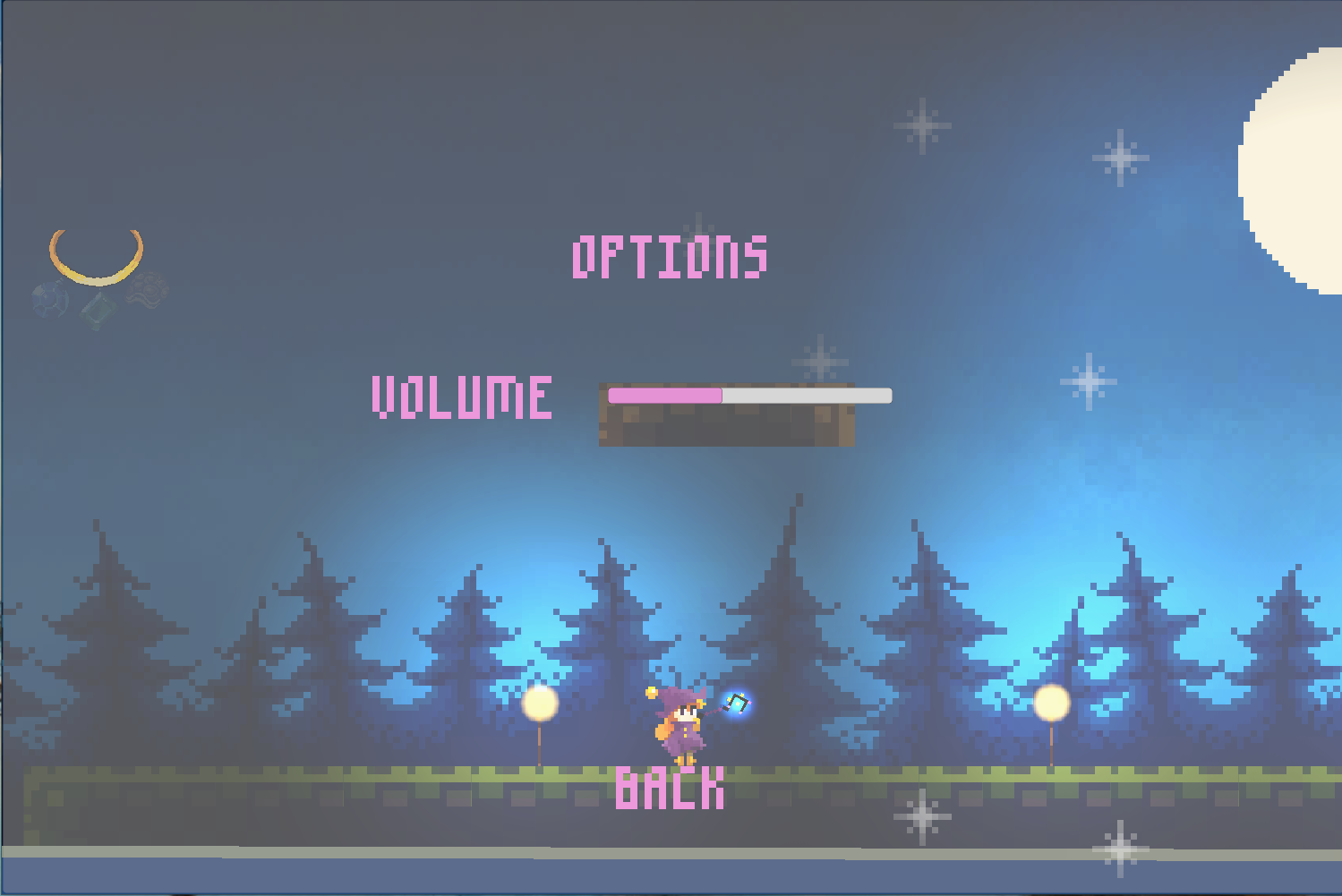 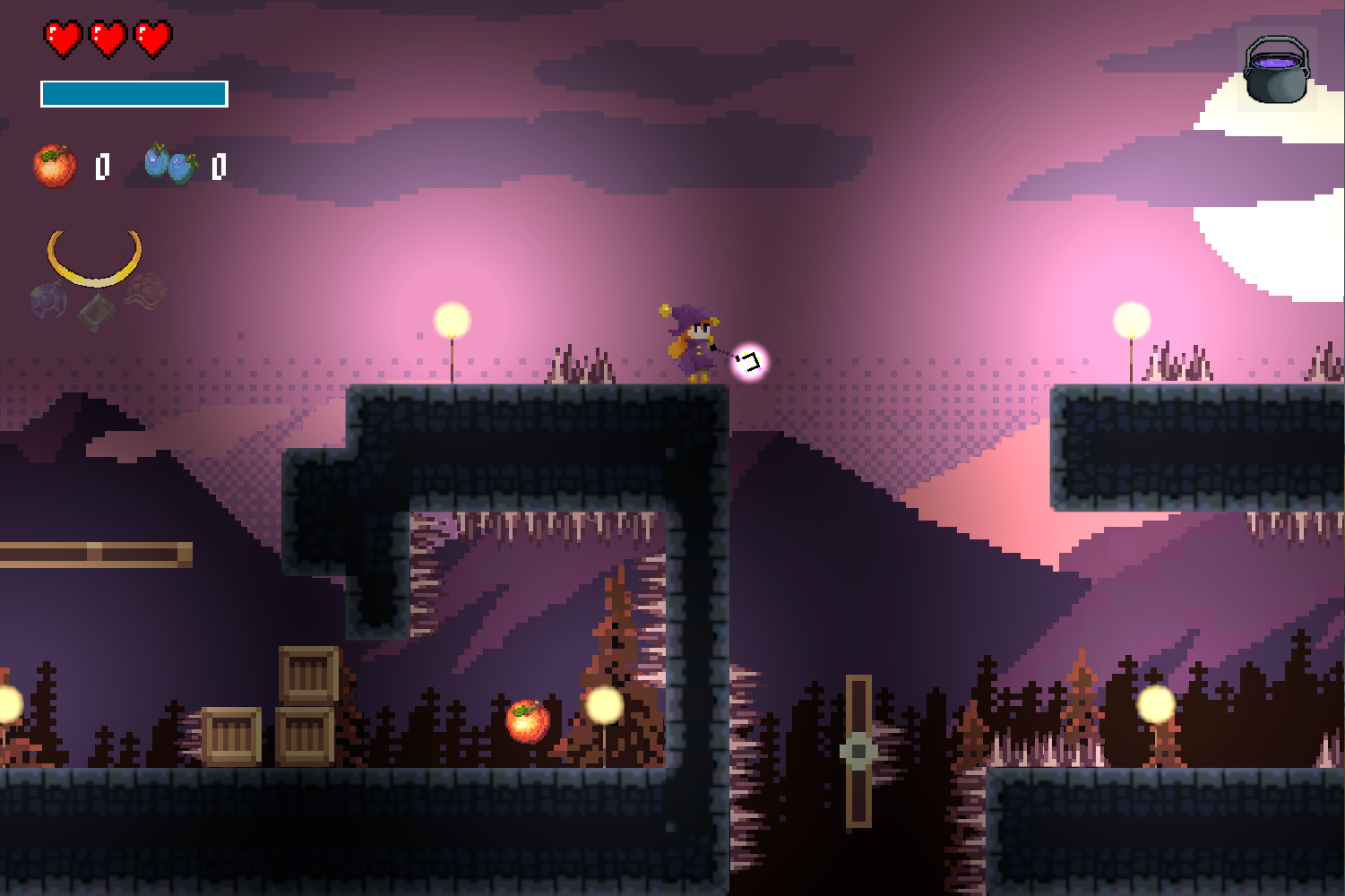