I really don't like the current combo system in our game. It's distracting and doesn't really add much good to the game. In fact, it makes the game more frustrating if you take note of it.

I am getting rid of the main combo system,

taking it away as a focus from the game.

How the current combo system works is that you collect orbs, and after you collect 5 orbs without a 5 second break in between, a combo meter pops up with a count-down timer between collections. Each level is designed so that you can maintain that combo throughout the entire level. There are score multiplier rewards, such as after a 5 orb combo, it's a 1.5x multiplier, then after 20, it's a 2.0x multiplier, and so on.. So there's a big score incentive to collect a huge enough combo. 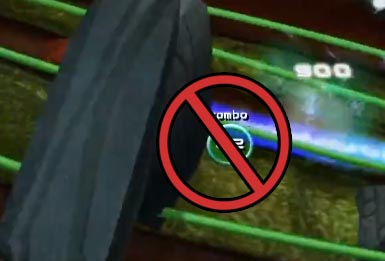 So why am I scrapping it?

So I decided to scrap the main combo system.

But then I won't remove the combo system completely. In fact, I'm leaving in a mini-combo system with a smaller time window, but with no visible HUD. You will see the score increase with each collectible and the audio orbs pitch up and down as long as you collect these orbs within that small time window. So for those who can figure it out, they can aim for a high score, otherwise they can keep playing the game as normal. So instead of 'play the whole level, maintain that combo throughout its entirety, and we'll display your progress on the screen', it becomes a "here's a small section of orbs. collect those as fast as you can but only if you realize that it's a good thing.".

Plus without the main combo system, it means that when I design levels, I can space out the orb collectibles apart adding more variation to level progression and helping with game pacing. This also adds value to the collectibles as they will become more sparse rather than scattered everywhere. 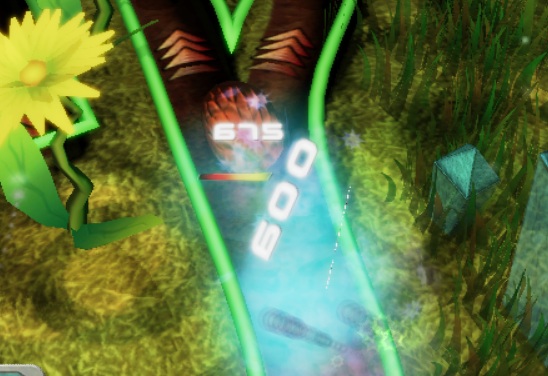 For those who will miss the main combo system, feel free to throw virtual eggs my way.

Sound like a good change! I have never played the game but it feels like it will only do good :)