About Soundtracks the unlocking System and the third Person Mode

This week i have been working on some interesting things.

- Tweaked the unlocking System
- New Difficulty Levels (Now 12 + Secret ones :D) All of them expect the first have to be unlocked 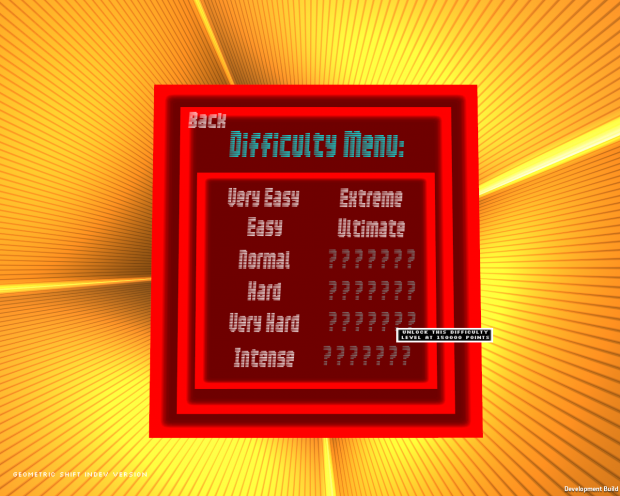 I know it is not the best soundtrack you ever heared but i think it is not bad AND it is not finished yet!


Future Plans for the game :
- Maybe a online browser Demo using the Unity web player
- A tutorial Mode where you can learn how to Play the game
- Many Bugfixes
- Graphic Improvements
- A challenge Mode (allready have one level)
- An Achievement system
- An unlocking system in survival Mode for soundtracks
- Maybe i will remove the Tube Feature and replace it with something else.
Nobody needs Round Tubes in this game -_-
- Adding a Highscore List. Highscores are allready saved but are only Shown in Game
- Adding a better Settings Menu to the Main Menu
- If it gets well known maybe an Android / Ios Version of the game
- And some other things :D