Autumn greetings to you all from the frozen north! It's time for another monthly update of Gekkeiju Online. During the past month the focus of the development has mostly been on content. However, few rather interesting new features also got added.

Autumn greetings to you all from the frozen north! It's time for another monthly update of Gekkeiju Online.

During the past month the focus of the development has mostly been on content. However, few rather interesting new features also got added.

The combat got some rather interesting new changes including, for example, a new damage formula which depends more on the stats of the player.

Another important feature is the easier targetting of the monster in front of the player. If the player has no target then it's only necessary to face a monster and start hitting skills.

The addition of more content also meant addition of several new skills. So far the only class to get skills was Ronin. The new skills include 2 area of effect attacks that don't require a target, and 2 combo finishing moves that deal lots of damage.

One of the major features this month was the addition of the Dressing Room-panel. This is a window that pops up when Ctrl + Right clicking items in either inventory, NPC dialogs or shops. The panel shows preview picture of the selected item, and it's possible for the player to try it with different item colors. This panel makes it possible to plan what clothes and dyes to buy to get the wanted outfit. 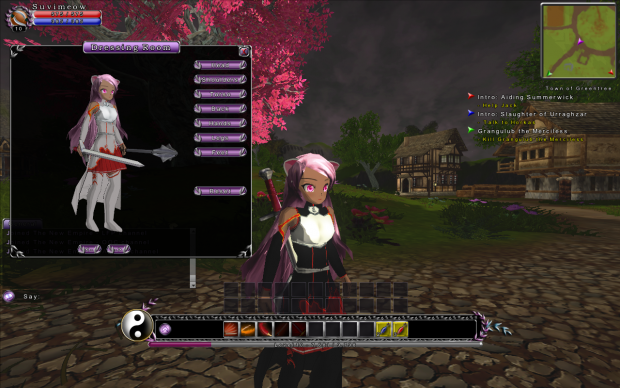 Naturally, after the addition of the dressing room, it was necessary to add support for the Fashion Outfit-system. This allows players to save 3 different cosmetic outfits that can be shown instead of the worn equipment. Players can easily drag & drop any equipment to the fashion set to copy the look of the item. It's also possible to hide unwanted items this way. 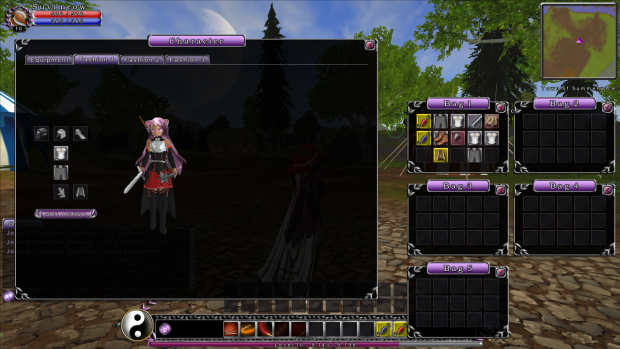 A big issue so far with the game has been that whenever player reaches the end of a world tile, the game will freeze for a few seconds to stream more content. The streaming is now performed mostly asynchronously which means that the slowdown isn't so noticeable - it'll lower the fps slightly but shouldn't cause too big freezes anymore. This greatly improves the playability.

The QA people are constantly crying for more content so it's likely that the next month will also focus on addition of new quests. It's also likely that there's going to be a public test day early in January which also means that more content is required.

Featurewise I'd like to eventually get the NPC dialogs added into the Oculus Rift-mode to make it more usable but it may have to wait for later.

Thanks for your time and stay tuned for the next update!