Let's talk a bit about how the game will be played. A disclaimer first: everything I will say in these blogpost are subject to change! We are still quite early in the development, and since we are just copying some other game's gameplay, there is a lot of "doing and throwing away" happening, even in the later stages of development.

So the core of the game is this simple loop: we alternate between day and night phases. (we just can't make a game without day/night phases I guess x)) 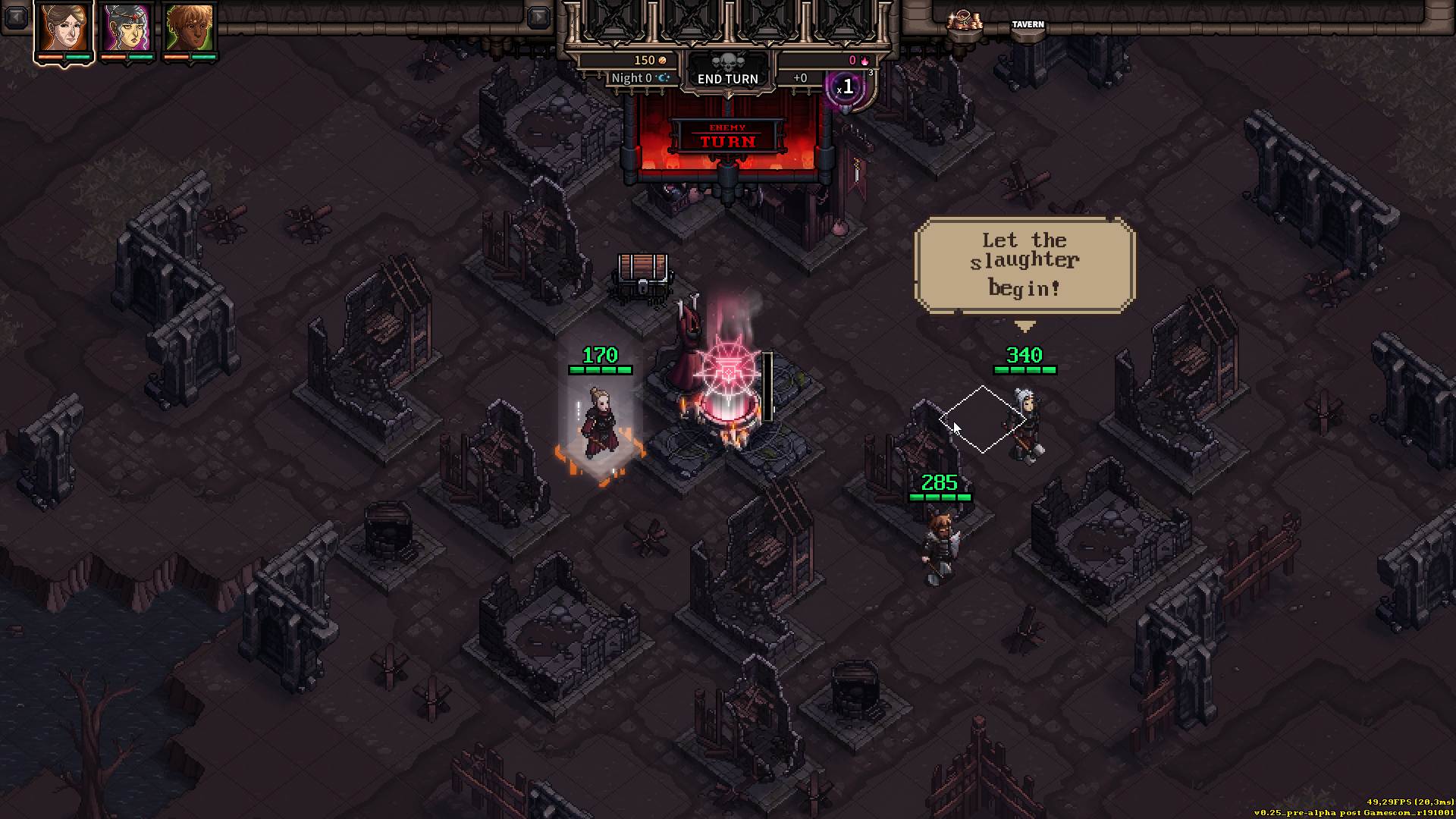 During the night, you have to defend against hordes of monsters. Defend your heroes AND your city. Since there are lots of enemies, we thought about some mechanism to avoid turns being too long and boring. You play all your characters during your turn, without turn order or limitation (you can move a character a bit, play another one, and come back to the first character). After that ALL the enemies play at the same time. We made a clever algorithm that calculates all their movements and attacks as a group, and make them play all at once. For the player, there is little downtime.

All enemies attack at the same time!

For now, you don't lose the control of the camera during the enemies turns, so it's really quick and smooth, but we may change that a bit later if we start adding enemies with really specific behaviors that we want to focus on. That's something we will have to playtest, but we already have solutions either ways (maybe free cam can still work and add to the feel of the game...)

Once you've defeated all the enemies, the night ends. Your characters get XP and you may level them up, and then comes the day phase.

We changed quite a bit how the day phase plays since the beginning of development. The intentions are that the player has time to build new buildings, defenses and equipment, and that there is some sense of choice.

Right now, the day phase is divided into 2 turns: the actual day when all the management happens, and the end of day phase. 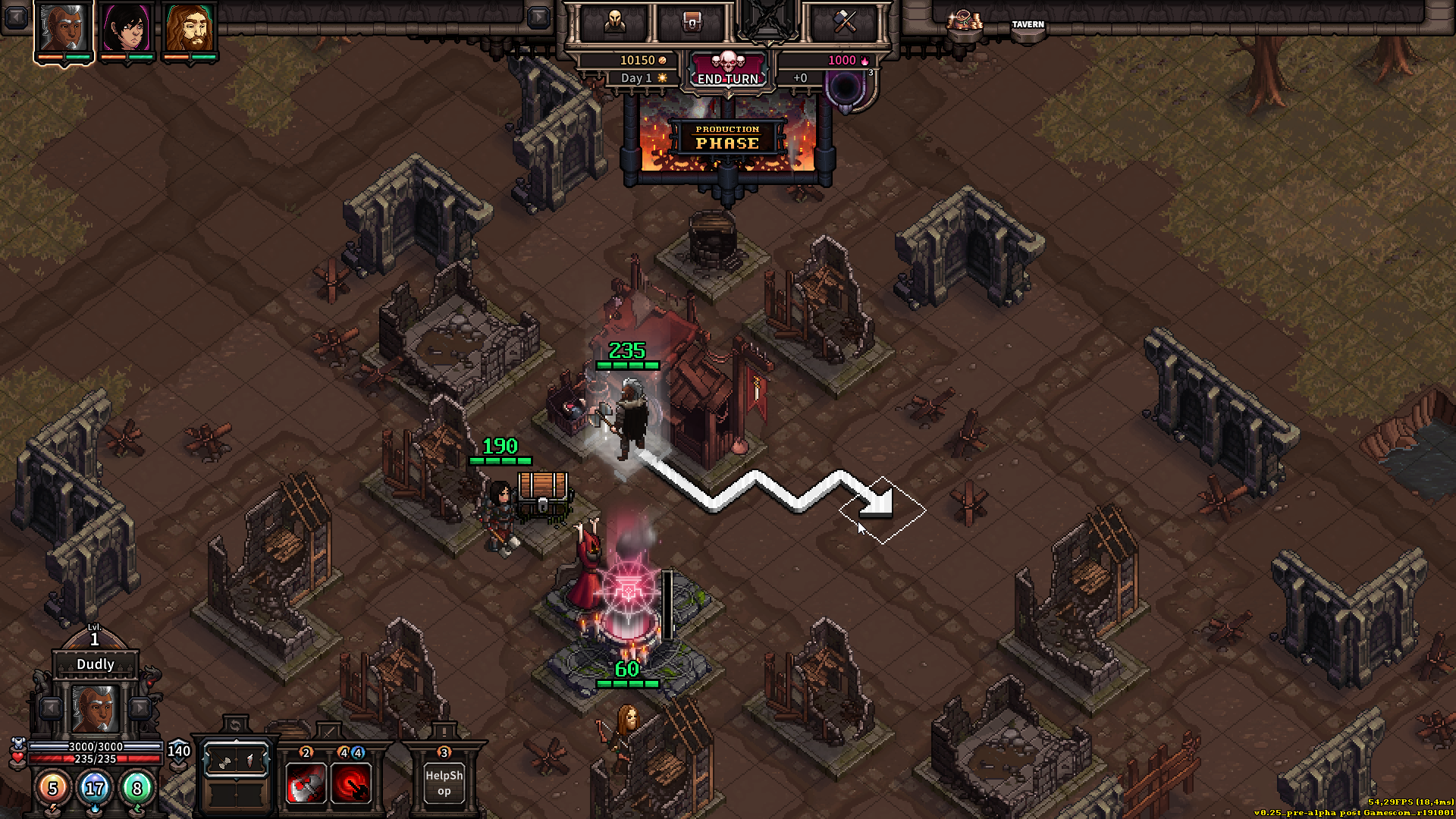 During the day phase, you can move freely around the map!

During the day turn, you build and buy new things, in a "god mode" way. But you can also play your characters: although they have unlimited moves during the day, they still have their Action Points (more about that on a next blog post). You can use these AP to do various things with the buildings you have, for example heal a character, or help the blacksmith forge new weapons...

Since you have a limited pool of AP for the day, you'll have to optimize your choices. But don't be afraid, most buildings have a passive effect that will trigger even if you didn't "use" them. 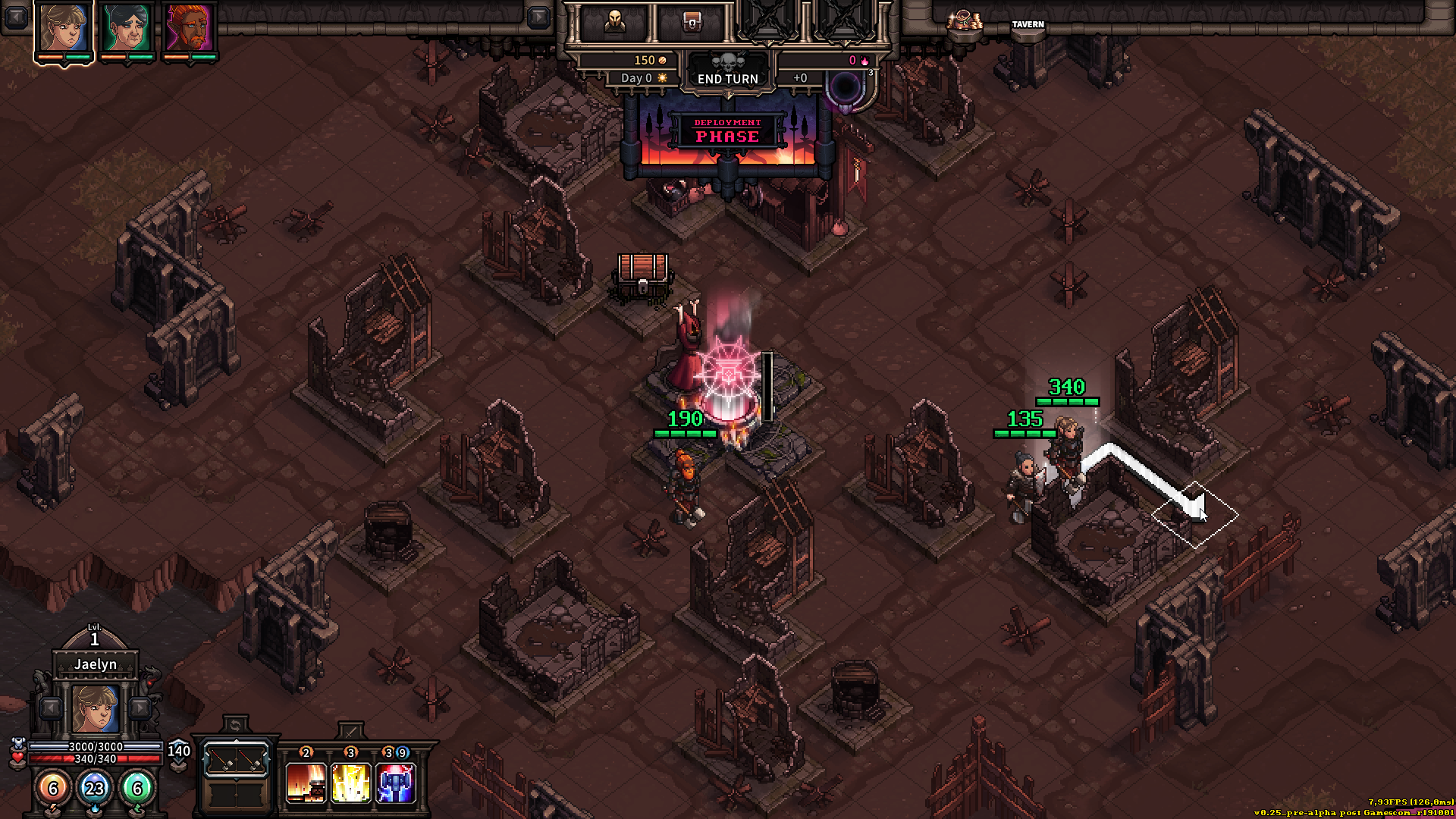 Then you end the turn and go to the "end of the day" phase, where 2 things happen:

And then, another night, another fight. 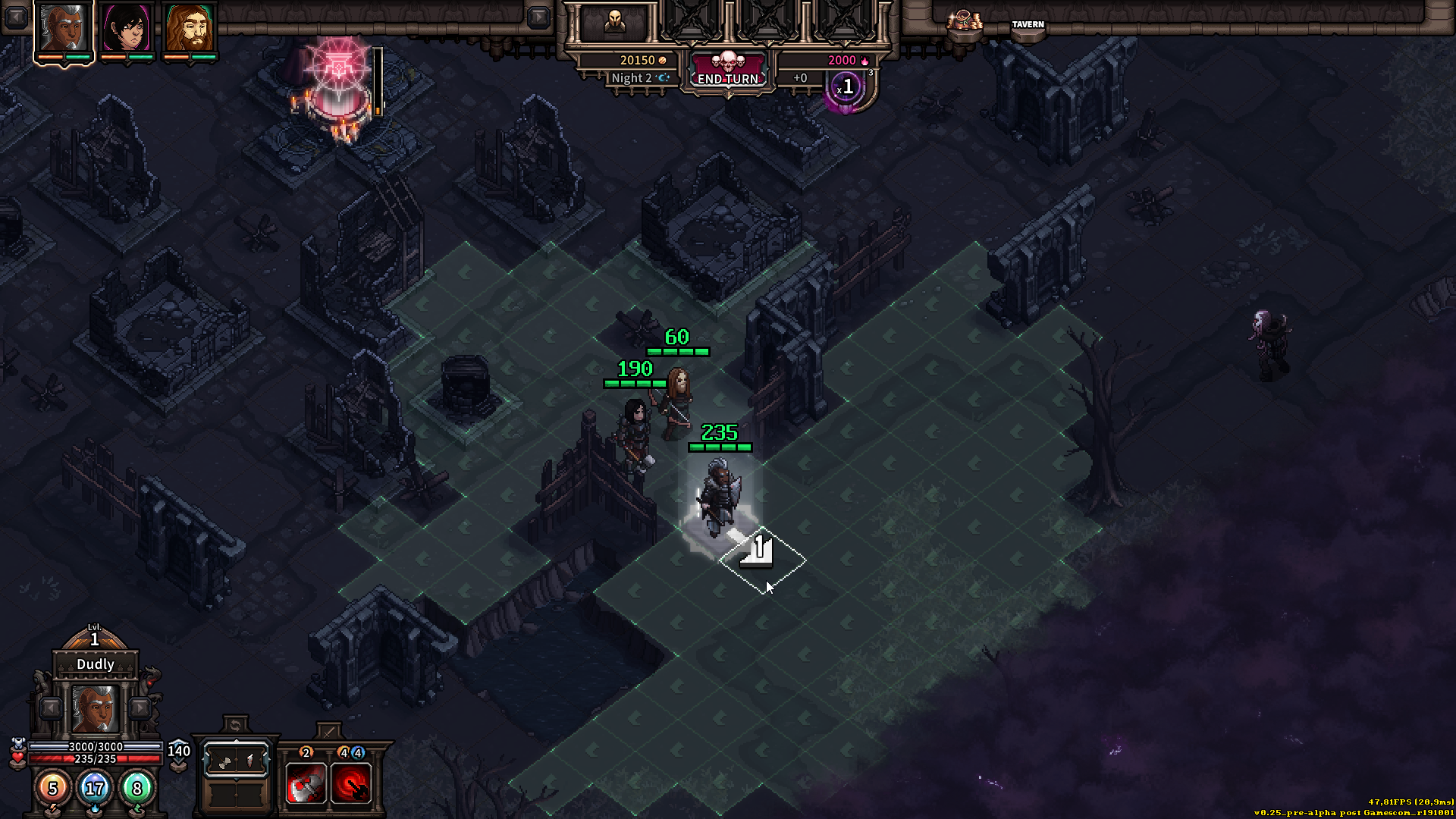 That's the core loop of the game. Now it's our job to make this loop interesting until the end with new buildings to make, a lot of new weapons to compare and equip, new enemies, new heroes, etc...

I didn't talk about the "meta" loop (that is to say, what happens between two runs). For now it's not integrated into the game, and it won't be until very late in development, but we want to have a strong meta game so that the game will be fun to play and replay again and again.

I didn't talk either about the end of the game. For now, our plans are quite simple: after X days, you encounter a boss-fight, and after X boss-fights you win the game. That should be the main way to play the game, but we are already thinking about an endless mode... we know that if the game is as deep as we imagine, people will want to play without limits. It shouldn't be too hard to design such an endless mode, but we'll have to think about it as early as we can so that it doesn't become a nightmare to make because of design decisions.

That's it for now! Don't hesitate to comment on these blog post, either here or on our Discord server!