A discussion of the Open Beta now underway for Game Version 1.36.0 and After Action reports snippets so far.

In this weeks Community News we will discuss the roll out of game version 1.36.0 and we have declassified a first day after action report (AAR) from the Allied Chief of Staff Colsmith which captures just a snippet of the opening days battles. Also, if you participated in either the Spring Awakening or Hells Gate special operations read further to get your game forum signature special operation decoration.

This past Sunday, after several years of hard complicated development work we rolled out game version 1.36.0 to live player beta testing. This version of the game brings back garrison supply to all front line towns and to one town immediately to the rear. It reduces the number of movable army divisions to 3 per side. It has so many additional specific changes and for more information read XOOM's comprehensive 1.36 Briefing / Manual. It has it all the details. We expect beta testing intermission to continue for at least the next two weeks before starting Campaign #162 but we are expecting a 7 day "mini" camp to happen so we can cycle through all our 7 tiers. We will announce at least 48 hours in advance of the new campaign start. If you have any questions that you can't find the answer to email me at tman@corneredrats.com and I'll find the answer for you.

This report has been declassified and was submitted by the Allied Chief of Staff, Colsmith on the day beta testing opened:

Allied objective: Attack and capture the town of Merzig, Secondary Objective after capturing Merzig, attempt a cut-off of the town of Saarlouis by capturing Losheim

Attack objective was placed approx. 1800 server time with new hybrid garrison supply (intermission of course) One linked forward base (FB) to the south was our one start point and only one capture point (CP) was a spawnable. The attack was primarily a Priority 2 attack that lasted about 2 hours mainly due to being intermission with different supply rules. Little armour was involved both on the attack and defense and the Ateam squad led the attack. Riprend and Striker 4 were other HC involved. The enemy spawn was taken and over time a foothold was gained on the south end of town. Louie was able to get into the bunker and capture. Much cleanup was involved due to intermission supply at the other connecting cp’s but eventually they were overwhelmed and the capture was completed. Tactics that worked well were the isolated nature of the west CP in town that was key to taking the town. The main city CP’s were also centrally located not more that 200m north of the spawn. We also were able to set an Forward Mobile Spawn (FMS) hidden adjacent to the enemy army base (AB) that gave instant bunker assistance. The players involved in the attack also learned how the garrison changed hands and the mechanics of how supply will eventually trickle into a newly captured town (all involved were informed that intermission supply is different due to the nature of the 1 of everything available) Most soldiers did not despawn and held their positions until the garrison supply was available in Merzig. The Ateam squad then headed for Losheim-Merzig FB and started an assault on the town of Losheim at approx. 2030 server time. Allied moral is high. 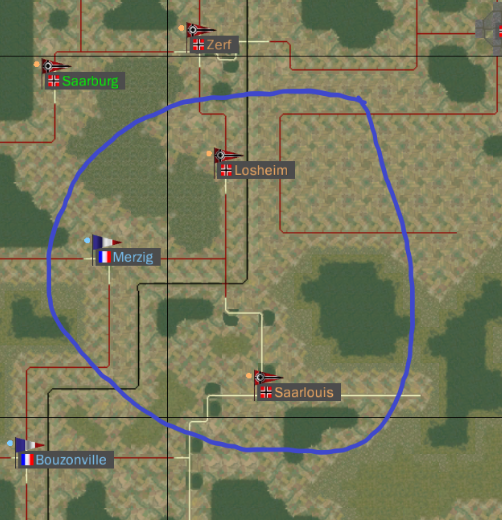 If you participated in our last two High Command led events "Spring Awakening" or "Hells Gate" then feel free to download your game forum signature Special Op decoration. Shout out to Propa for his artwork!

These two events saw huge battles with coordinated combined arms attacks and solid entrenched defenses. Although the high commands were fully staffed it was the wwiionline player squads that carried the events. The air wars were legendary! Many players said they enjoyed the complementary full premium access to all equipment (without rank restrictions) during the events which allowed them to play many different weapons they may not normally use. Stay tuned for information on the next Special Operation event! 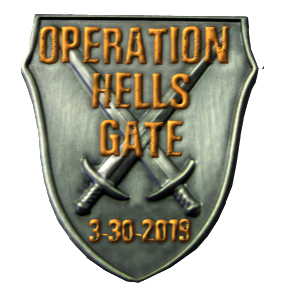 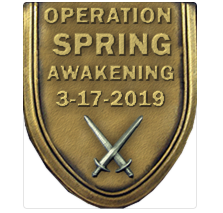