The Team Domination game mode, along with a reduction in run speed and an increase in spawn time, all combine to make the gameplay more tactical and cooperative. With the new scoring system not only do you gain points for kill shots, you also gain points for capturing - helping your team and denying the enemy!

If you want to purchase Interstellar Marines for a friend, or have not purchased the game yourself, why not take advantage of this weekend's Steam sale? Click on the link below to find out more. 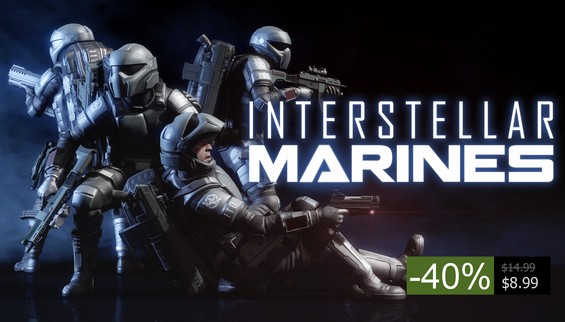 Yaaay! It's getting better

Congrats on more significant progress. Ah, its been awhile since I've seen a good sci-fi alien FPS. I like the catering towards more types of players. Honestly more progress on the campaign would be wet my appetite more :P