WE WERE is just over two weeks away from release. We're celebrating by giving you said release date, a demo, new screenshots showing the final in-game artwork and even a brand new gameplay video!

We've Got a Game to Announce: WE WERE!

White Circle Studios is totally excited to announce our first game ever! It's called WE WERE and it's an interactive novel! "What's an interactive novel?" you ask. Well, it takes the best part of the old text adventure genre, simple presentation and a lot of words on the screen instead of fancy graphics and combines with it the simplicity of the branching storylines from those old Choose Your Own Adventure books you used to read (unless you born in the 90s, then we're getting way before your time here).

WE WERE asks you to step into the shoes of the Y'tuk, a race whose homeworld is on the verge of destruction. Through a Prologue, six full episodes, and an Epilogue, you'll live out the stories of some of the most important people in the history of the Y'tuk race and maybe, just, maybe you'll learn just what it was like to live, learn and love for this race from beyond the stars. Plus, WE WERE has an overarching storyline in the Prologue and Epilogue that we hope will one day leads to even more games from us. Oooooh. Exciting!

We've Got A Release Date (and more)!

In just over two weeks, we're going to unleash the Prologue to WE WERE, our first indie game and an interactive novel on the world! On top of that, we're already hard at work at the first full episode of the game, titled "Dawn," which will see release sometime around late February or early March. And on top of even that, we've got solid outlines planned for all five remaining episodes and the Epilogue, so you don't have to worry about not having a clue about where this is going (I'm looking at you, Lost)!

We've also got a Greenlight campaign if you want to help us get our game on Steam!

We've Got a Demo

Want to know what our game plays like? What an interactive novel is? Just what we've been up to? Well, then head on over to the downloads section of our game's IndieDB page and download the Preview! It contains roughly half of the prologue, including finalized music, sound, background artwork! Heck man, it even thanks you for playing!

We've Got a Gameplay Video

Too lazy to read through the actual demo? We've totally got you covered with an awesome gameplay video that shows you what the game does when you play it, without all the actual playing (because who plays anymore, right?)

We're Got a Boatload of New Screenshots

Finally, here are a bunch of screenshots! We've saved them for last 'cause they take up a lot of space. Aren't we considerate? 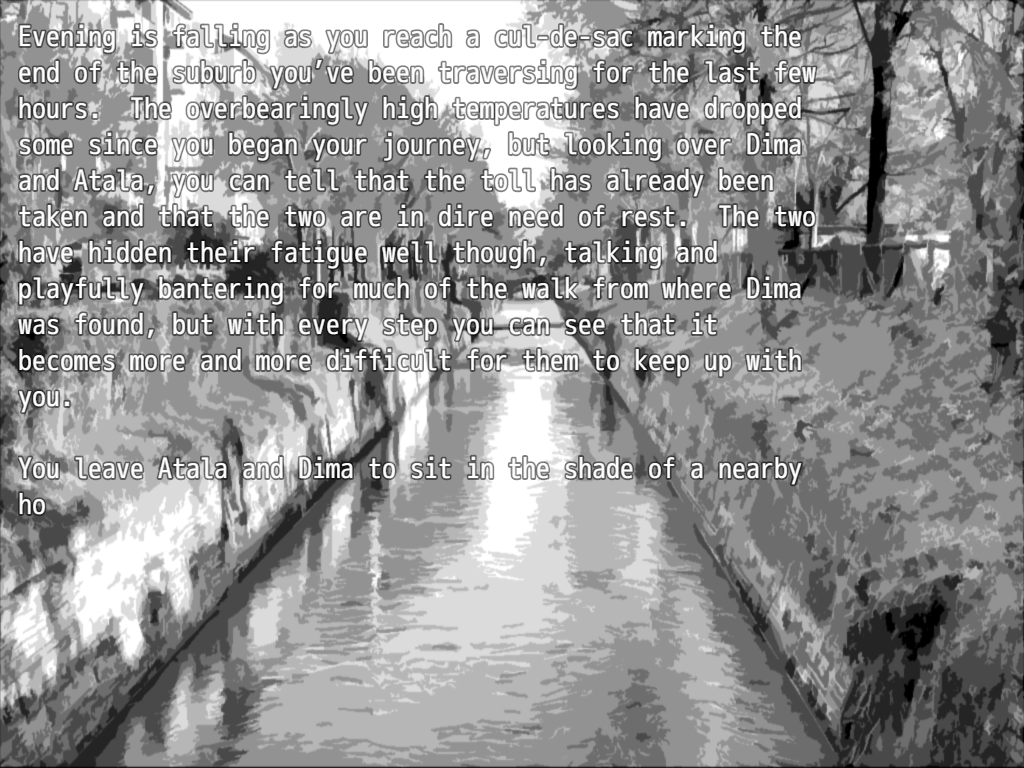 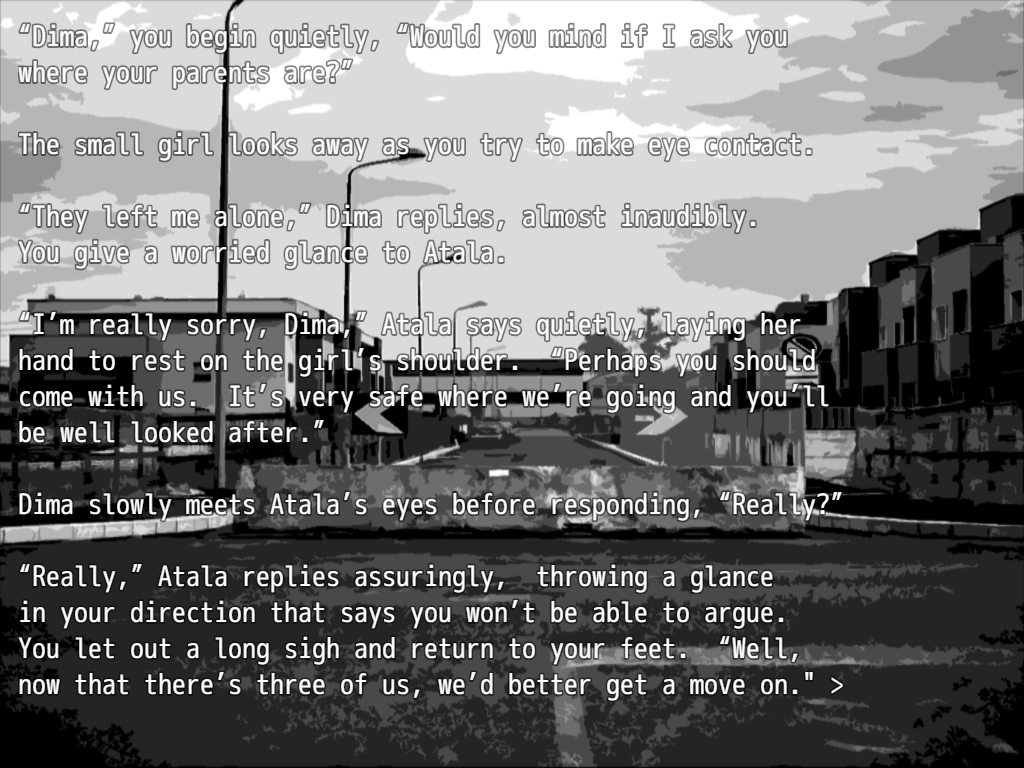 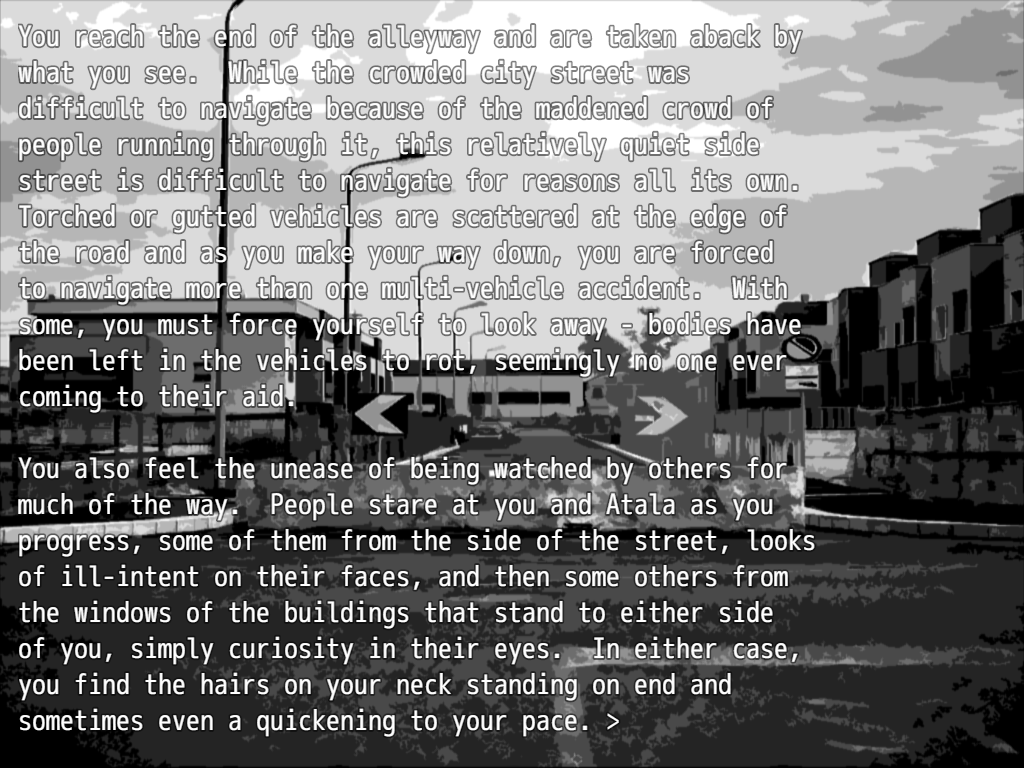 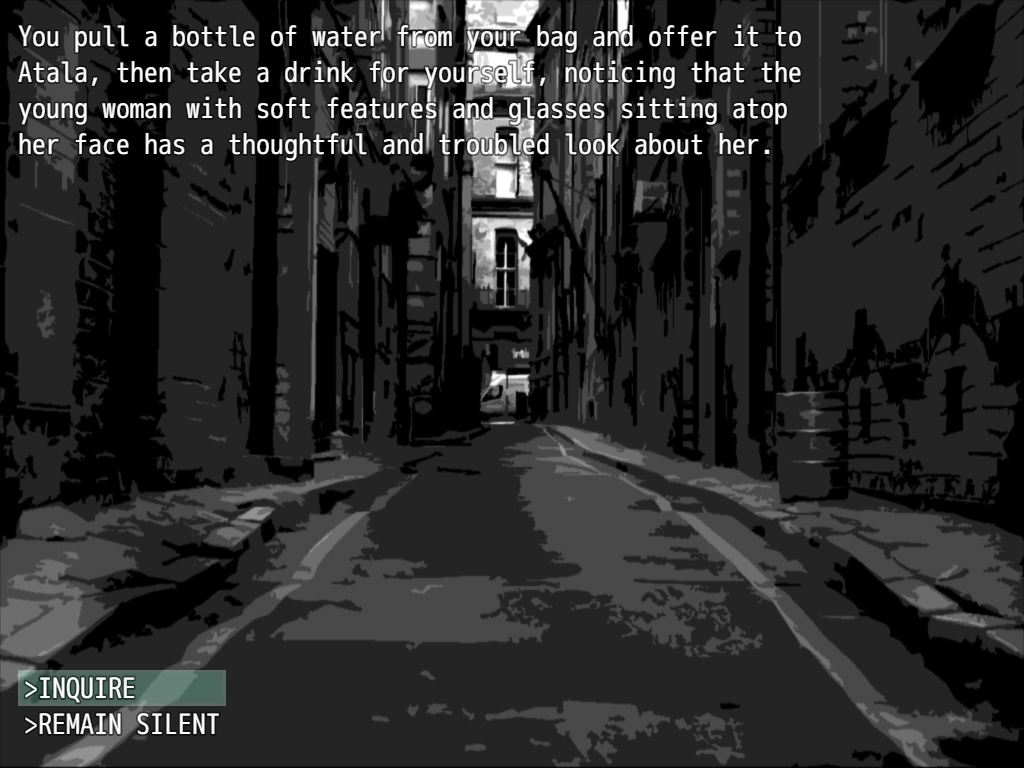 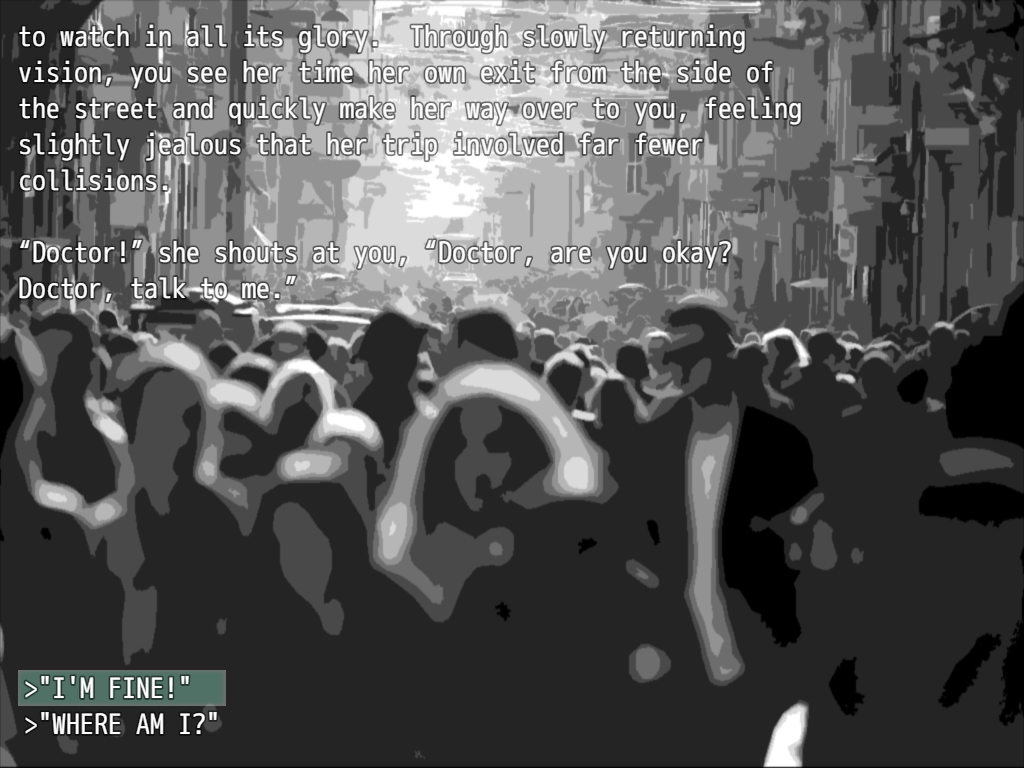 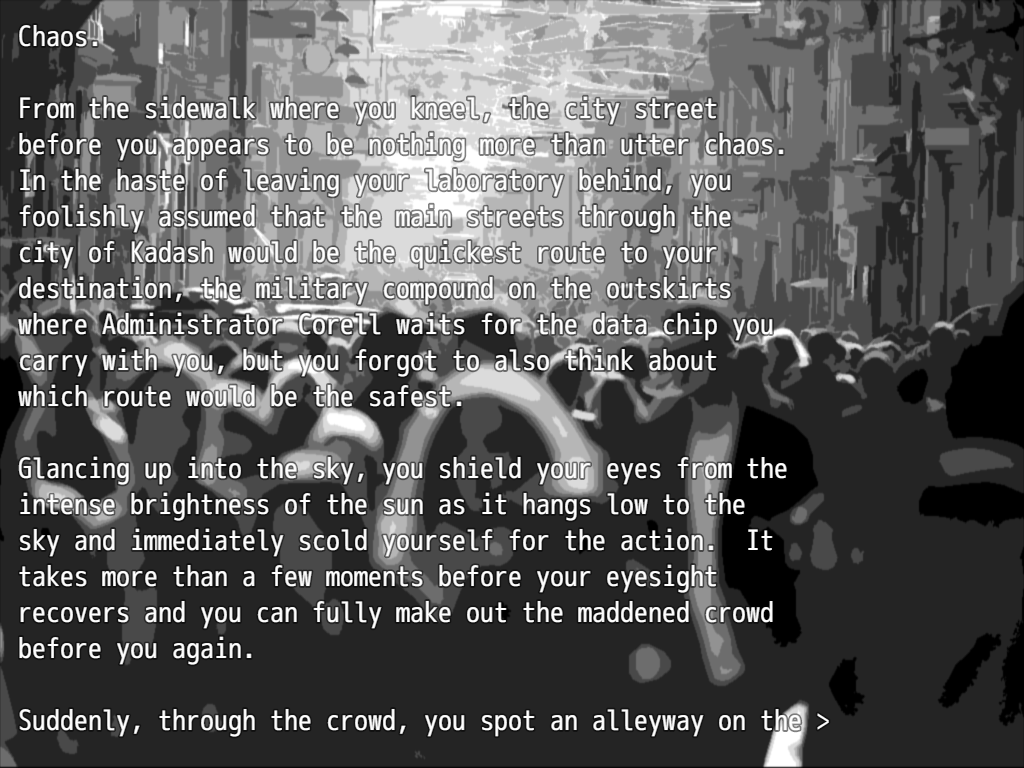 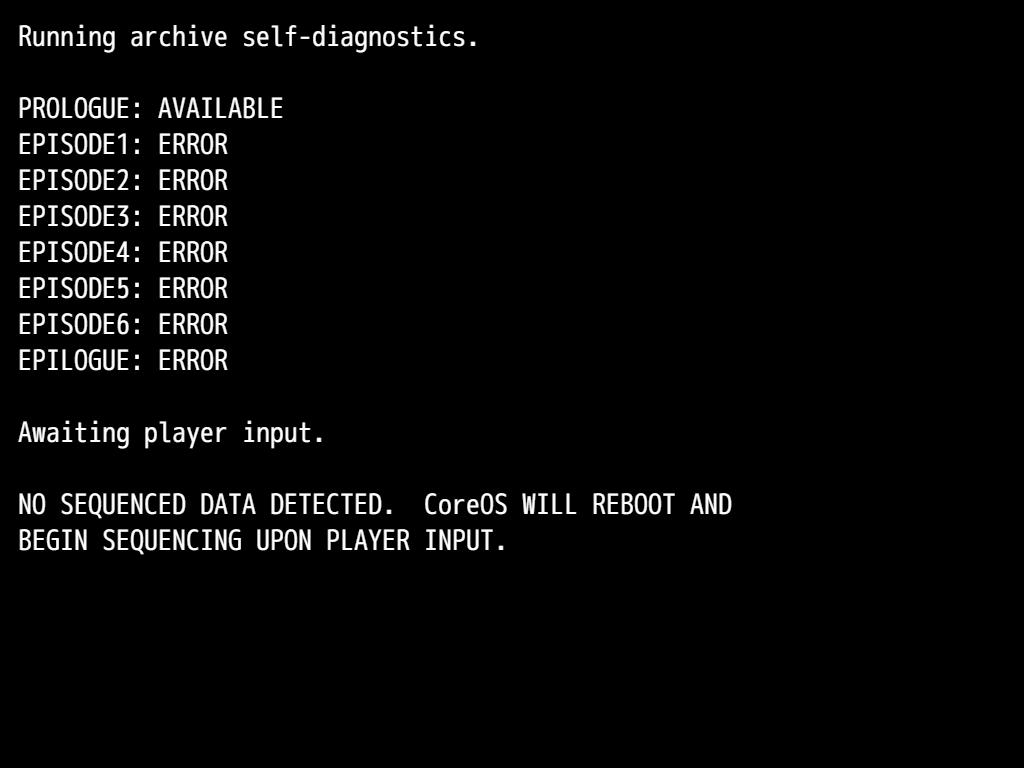 WE WERE - An Interactive Novel Adventure
Related Groups