Galactic Usurper now boasts a game selection screen so you can select a game to play. You can also create a game based on the previously created generators now.

We've managed to hit our next major milestone for the client. We now have a "Game Selection" screen: 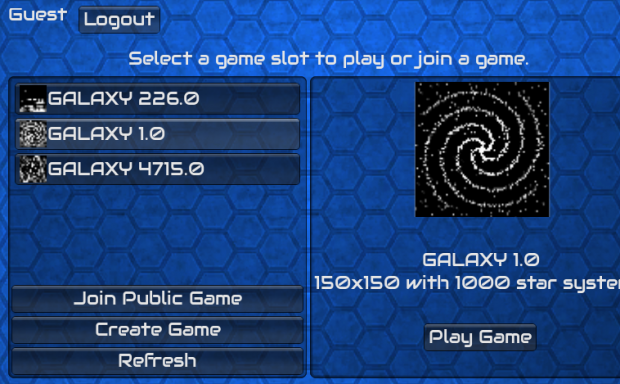 It lets you do the following actions:

As always, you can find the latest version of the client here: Galacticusurper.com

I hope you enjoy playing with the screens. I'm still learning about Unity3d's GUI system, so I know there are a few pieces of overlaid text and whatnot. I'll be working on getting the layouts to work much better as I progress.

From here, I've got the following things I want to concentrate on: