Intelligent Design has been in early access for a month now. Today I'm announcing two stretch goals and discussing my current plans for the game moving forward.

It has been around a month since I made Intelligent Design available as pay what you want early access. I have had lots of great feedback and want to thank everyone who has downloaded and played the game. In particular, those of you who have donated by paying above zero. Today I'm going to announce some features I want to add to the game, which require some monetary investment. These are features I will add as soon as I raise the funds through donations, much like crowd funding stretch goals. 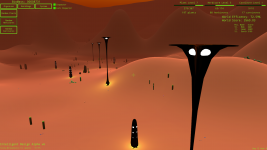 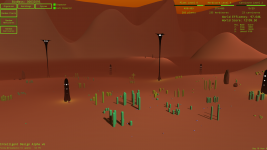 Before I talk about the stretch goals I want to talk about the current state of the game. Today, instead of developing, I spent the morning actually playing Intelligent Design. I started with a new world and slowly tried to build an ecosystem. The loop I fell into was spawning some new species in the day time and observing the outcome in the night. I watched as I climbed the on-line leader board, starting down at around 60th place and managing to get up to 8th. Using collectors I harvested biomass and spent this on radars to expand my influence. To my surprise some plants managed to evolve in such a way that they could send their seeds miles and lots of mini island ecosystems appeared, far from where I was working. I set up a force field to try and evolve some effective carnivores in isolation, then released them into the world to control the herbivore population.

All these things are what I wanted the main loop of the game to be. When I made Waltonia (which can be thought of as a predecessor to Intelligent Design) I fell victim to feature creep. Every idea someone suggested or I had I just pushed into the game. It became very complex and impossible for new players to approach. This is something I want to avoid with Intelligent Design, for that reason I'm happy that the core features of the game are complete. In the rest of this article I'm going to detail the remaining features I wish to add, some of which are stretch goals based on how much money is raised through pay what you want. 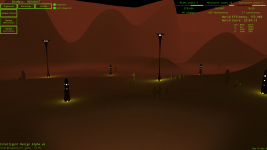 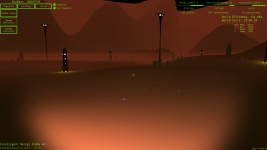 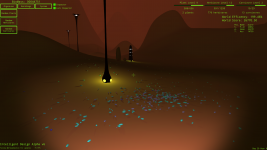 Outside of server costs, all of the above goals do not need any further investment from me. These next goals require some investment. Currently I've made $18 from pay what you want, as soon as I reach the following targets I will spend the money on that particular goal and then start saving for the next. I'll update my current total as it changes on the itch.io store page.

As always if you have ideas for features I'd love to hear them, put them in the comments to this, anywhere on the itch forum, or our subreddit. If you would like to contribute to the stretch goals you can by purchasing the game or telling any friends who you think would be interested about the game. 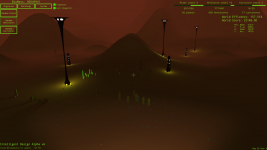 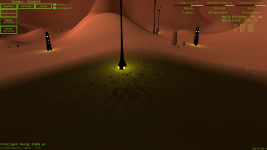