In this article I showcase my game Fursan al-Aqsa running on PS3 HEN v3.0.3, alongside some technical information on how I achieved this.

After almost giving up the PS3 version of my game Fursan al-Aqsa: The Knights of the Al-Aqsa Mosque, because I could not get the all maps to run on it, I tried one last thing, after all the optimization I have done (compressing textures, reducing lightmaps...): I changed the PS3 video output resolution to 480p.

Now the game runs smoothly, at 60fps almost all time, except on Gaza mission, because there is a lot of stuff running on the screen. It seems that running the game at 720p or 1080p will use much more of the extreme limited video memory of the PlayStation 3 (256 MB).

I personally liked the image quality, even though it is not crispy as on the PC version. The image looks a bit pixelated and there is absolutely no AA (anti-aliasing), which made the image look like there is kinda PS1 image style filter applied over it. I simply loved it. 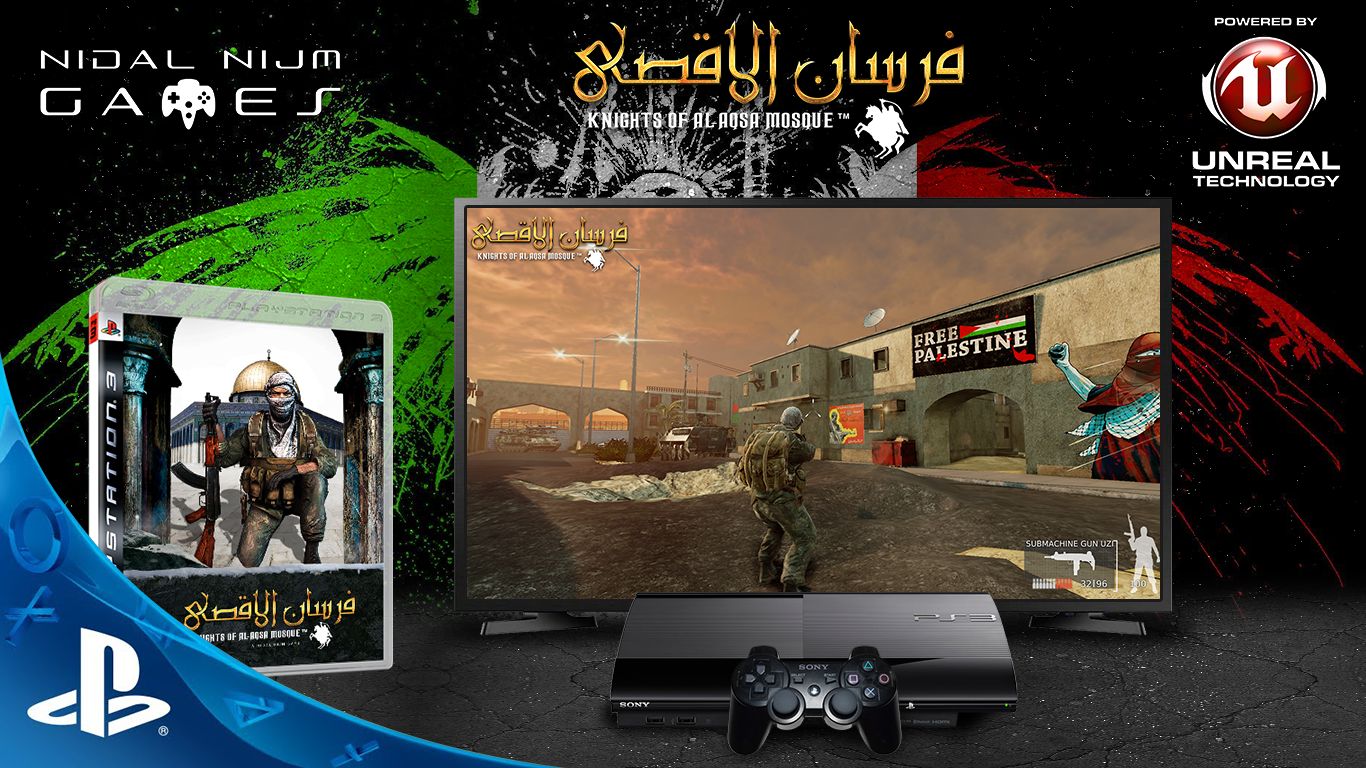 The PS3 version is exactly the same as the PC, just graphically inferior (some lower resolution textures). But I personally found the PlayStation 3 version more fun to play, because of the dual shock controller. Each gun triggers a different vibration style, which is very cool.