This Updated Demo of Fursan al-Aqsa - Knights of al-Aqsa Mosque will allow players to have a taste of the Campaign Mode, which has a gameplay very similar to (and inspired by) the Classic Shooter Goldeneye 007 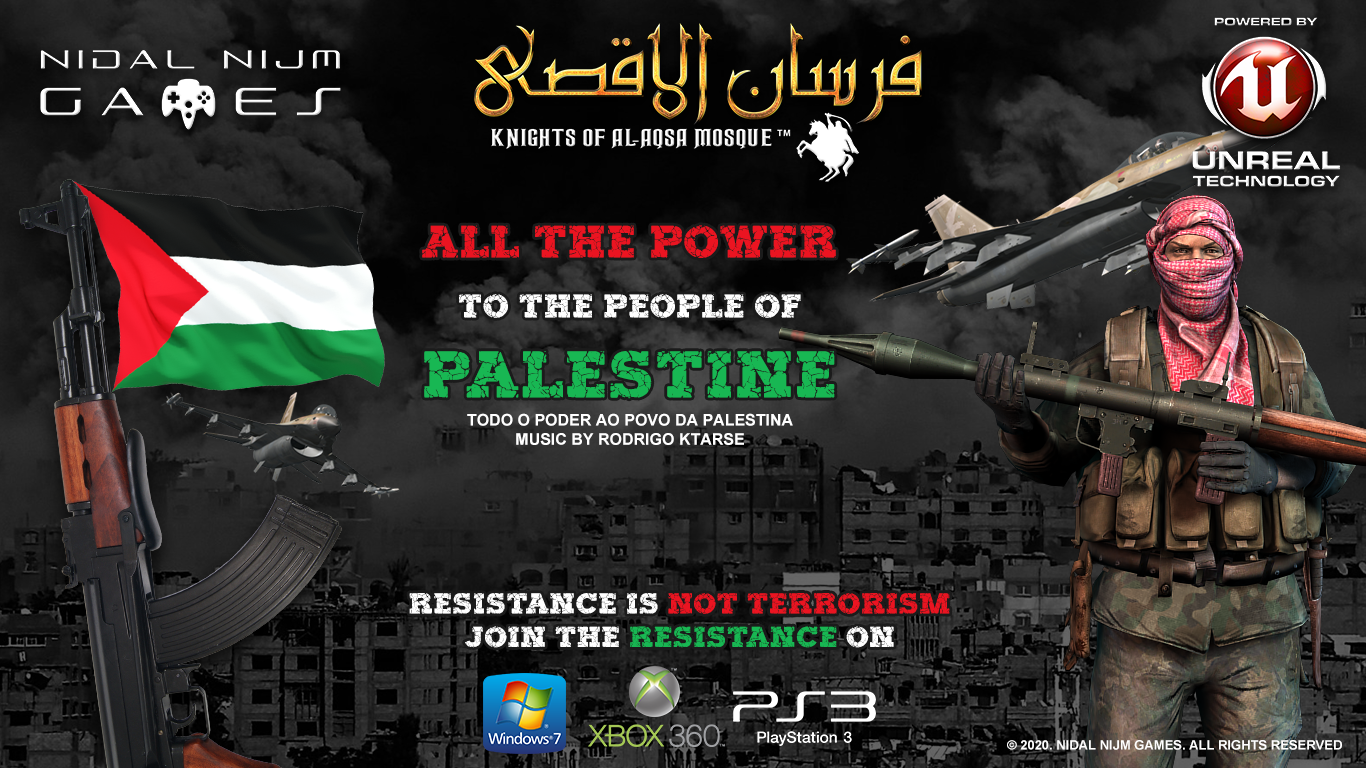 This Updated Demo of Fursan al-Aqsa - Knights of al-Aqsa Mosque will allow players to have a taste of the Campaign Mode, which has a gameplay very similar to (and inspired by) the Classic Shooter Goldeneye 007, with many mission objectives to complete on each "mission", such as destroying security cameras, sabotaging some Israeli equipment, finding documents that reveal more details about the game’s plot, planting bombs, invading Israeli bases, finding and murdering a specific enemy, rescuing Palestinian civilians, hijacking vehicles, taking down planes.

Adding to this, there is a Multiplayer Map, Battle of Negev Desert, so you all can revive the Golden Days of Split Screen Multiplayer Games.

On consoles (PS3 and Xbox360), the multiplayer mode works outside the box, as for PC, you need to have 2 Xbox360 Gamepads for PC. However, it works aswell with ANY PC Gamepad through the Xbox360 Controller Emulator, which is already included with PC Version.

All the intructions are there.

The full version of this game will be released in January 2021, Insha Allah (God's Willing)

I hope you all enjoy this updated demo, as there is too much love, dedication and many sleepless nights spent on this project.

Assalamu Alaykum, may the Peace be upon You!

Note: There is a small bug in the game (which does not interfere with gameplay), it is a bug in the version of Unreal Engine 3 that I am using. Sometimes, when the player leans against some walls and tries to shoot, the projectile of the weapon is not launched. To solve this, just tap in any direction (W, A, S, D / analog directional on consoles) and shoot again. This is because the starting point of the projectile launch in Unreal Engine 3 is calculated in relation to the position of the player's camera, and sometimes the camera is "pressed" on some walls when the player is too close, losing the starting point of calculation for launching the projectile.