To get to the point of submitting our game to be published we’re trying to finish our vertical slice which is similar to a fully playable demo. We have come really far in this process, but are being held back by lack of funds. To fully finish this vertical slice and to make it as nice as we want it to look we need about another $8,000. The purpose of this fundraiser is to raise those funds so we can continue production on our dream which is to finish Descent into Madness after getting funded.

Descent into Madness is going to be a multi-platform dark fantasy/horror action RPG and hack ‘n’ slash which seeks to pull the player in not just through the gameplay, but also through our multifaceted storyline, stunning visuals, 3D-audio recorded with a binaural microphone, various multiplayer options, distinctive characters to choose from, and well thought out level design. 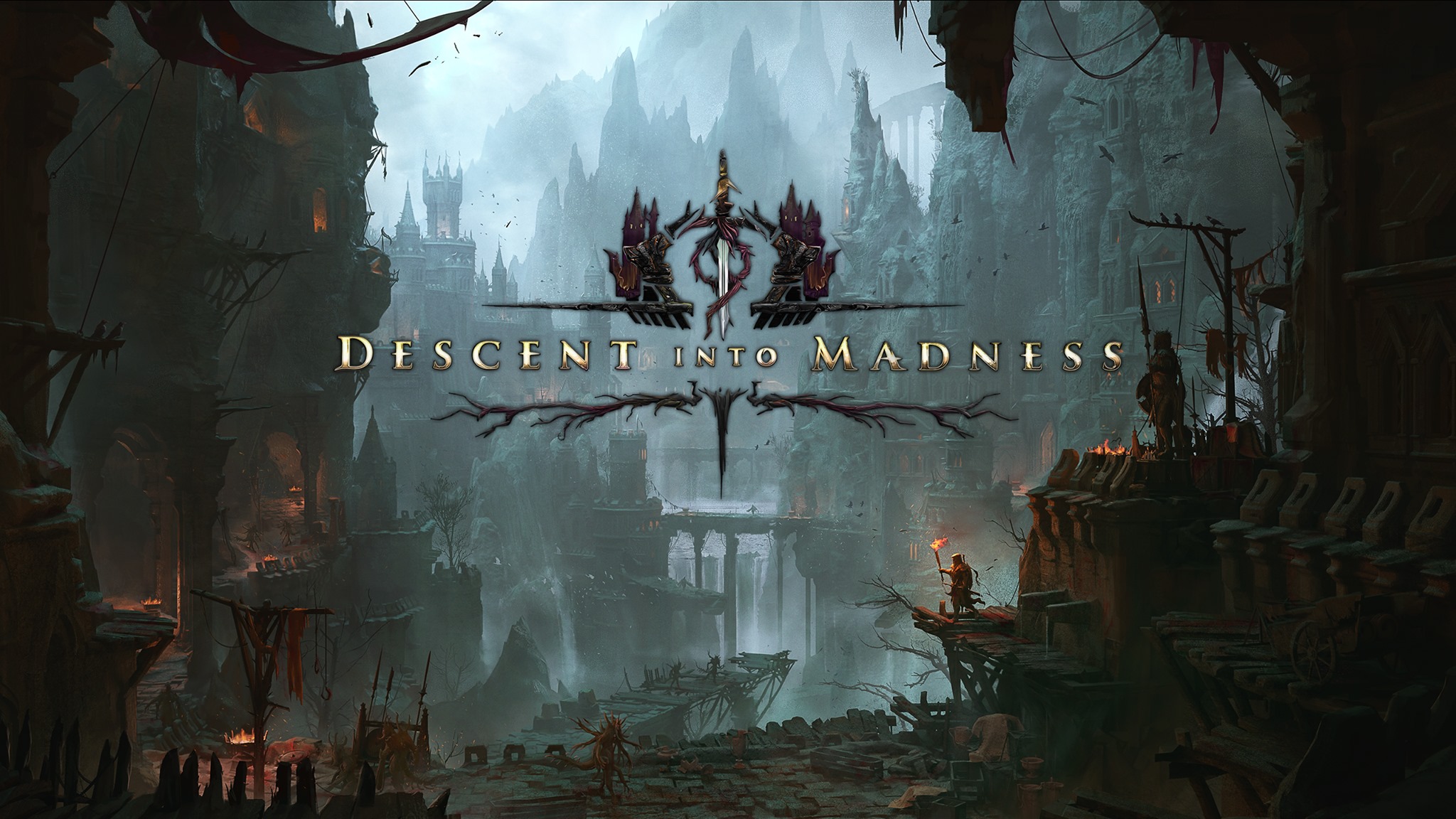 Lore, Side Quests, and Storylines - Descent into Madness takes place in a dark, imaginative world with layered themes. Traditionally a game would focus on a singular mood and hit that note. However, we are focusing on having multiple storylines that tie back to our lore. These storylines and lore will be revealed throughout the game based on which character you’re playing and will be revealed piece by piece through the main quest, secret areas, hidden messages, and side missions. 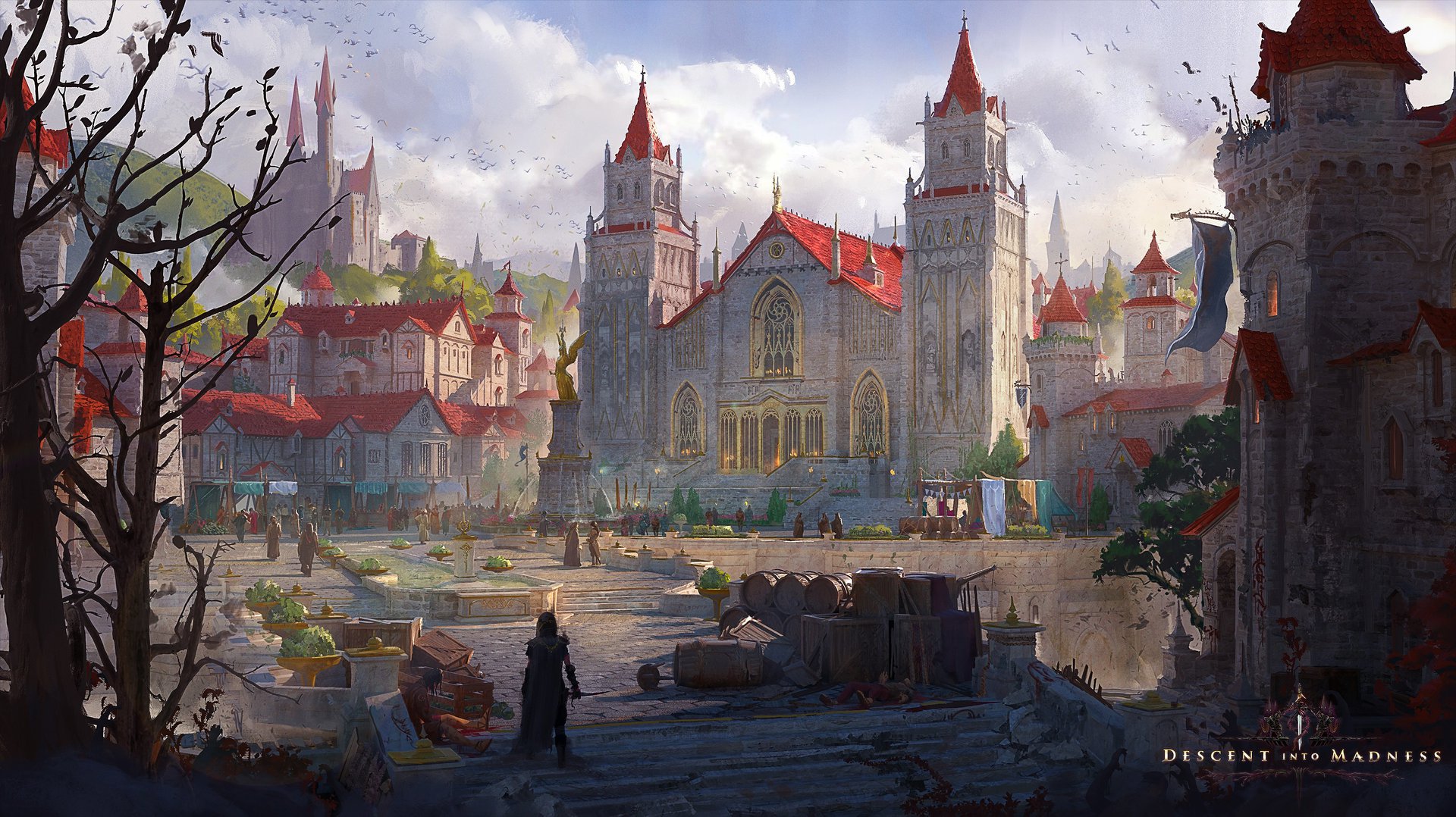 The Madness - The madness is part of each of us, in the world Descent into Madness takes place in it is made even more prevalent by the transcendental existence of The Madness as an entity itself. Not only does it affect the monsters, animals, and humans in Descent into Madness, but it also affects you. While playing through the game if you step in afflicted blood or get hit by diseased enemies blood, you will grow increasingly more mad until erupting into a deranged state of pure carnage. Your madness meter will be seen through post-processing effects such as a reddening vignette around the screen, chromatic aberrations, auditory effects to mimic psychosis such as 3D voices moving around you, and a change in the music itself. When the madness completely takes hold of the player’s character, new enemies will appear and secret passages will open. 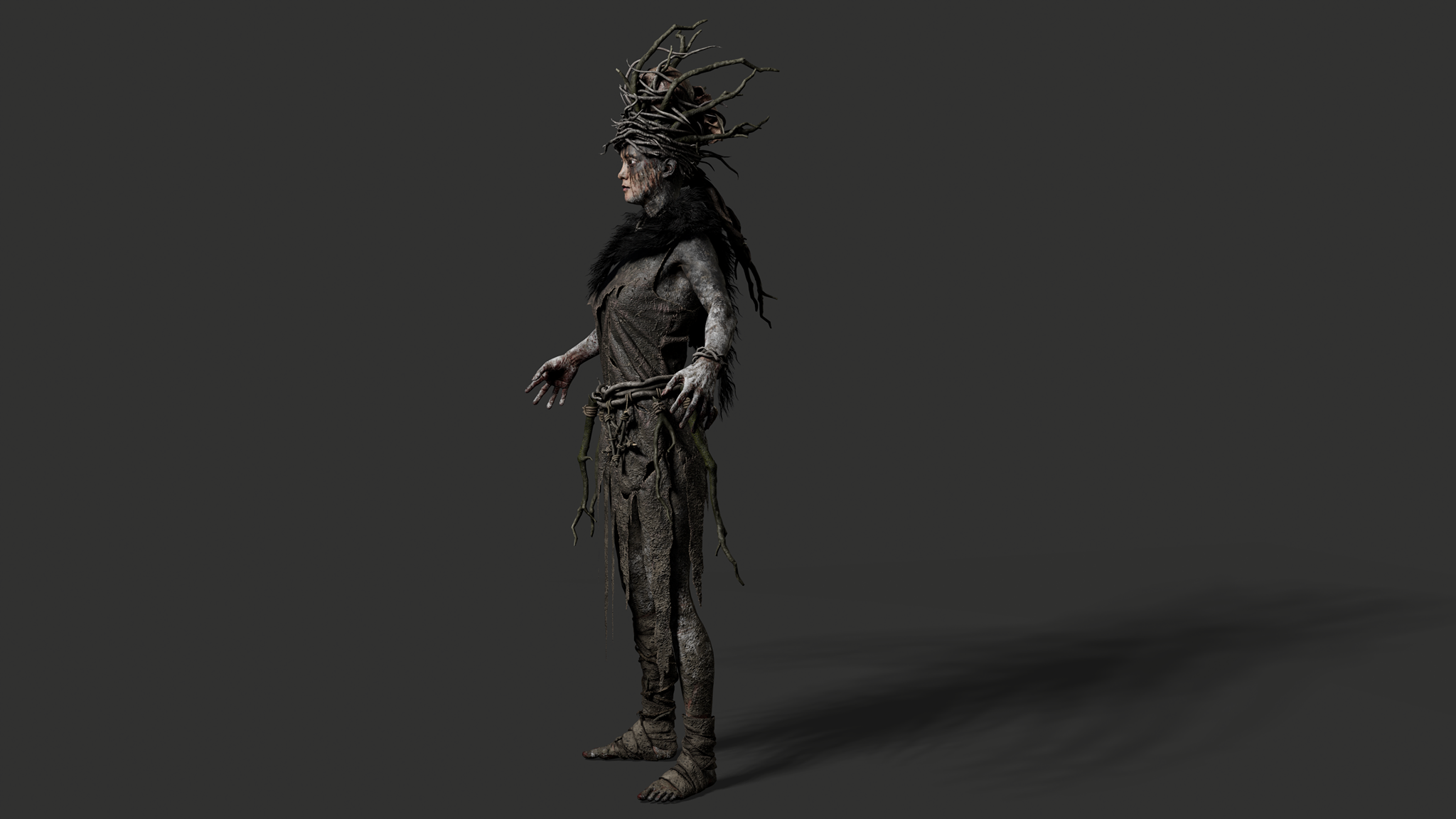 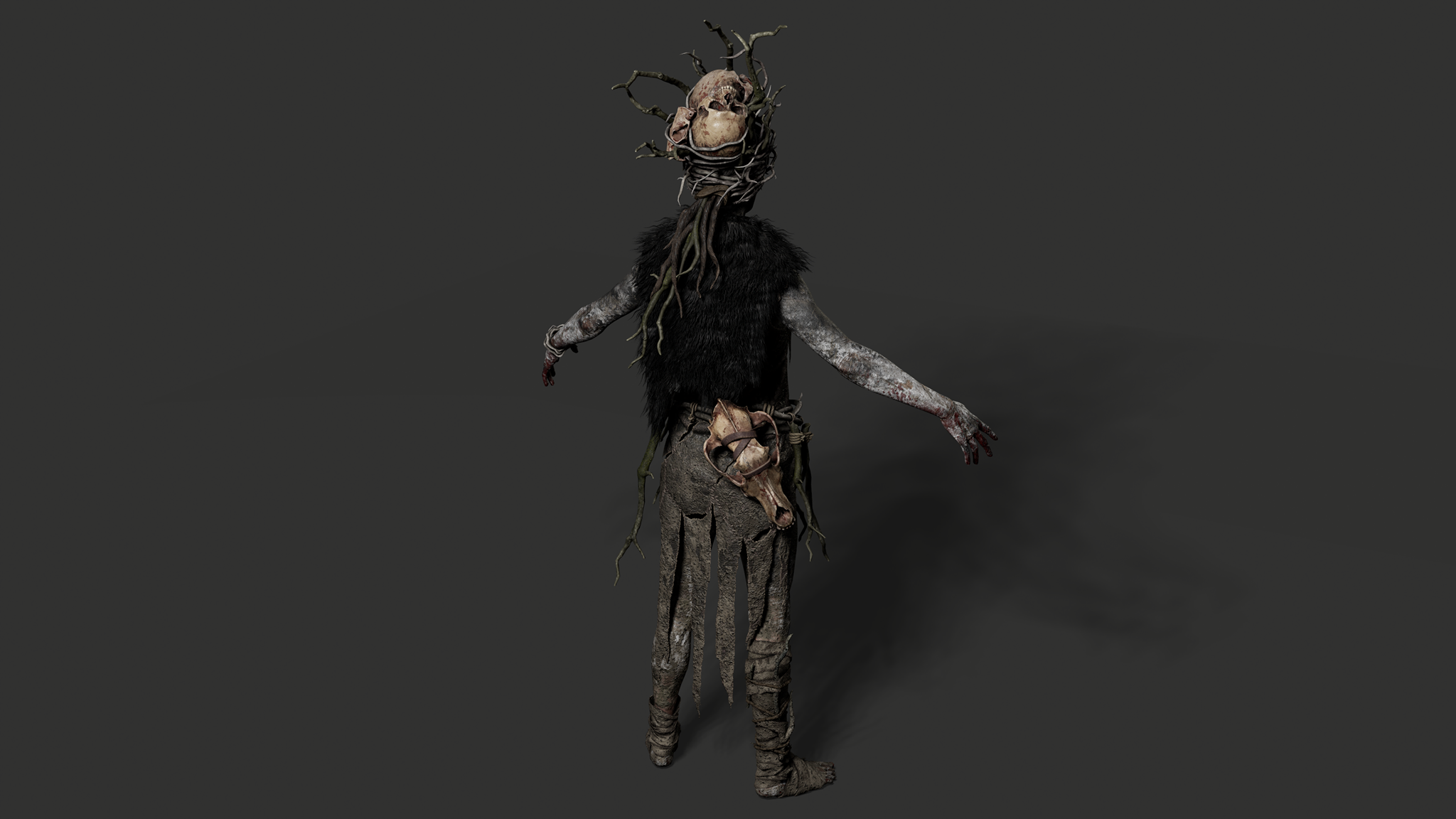 Stunning Visuals - Capitalizing on UE4’s beautiful lighting and real-time possibilities, Descent into Madness takes inspiration through the works of Thomas Cole and Zdzislaw Beksinski and pushes the imagination as to what is possible. We will be polishing the biomes in Descent into Madness so the player has a more immersive experience in the world and feels like they’re right in the center of the action itself. 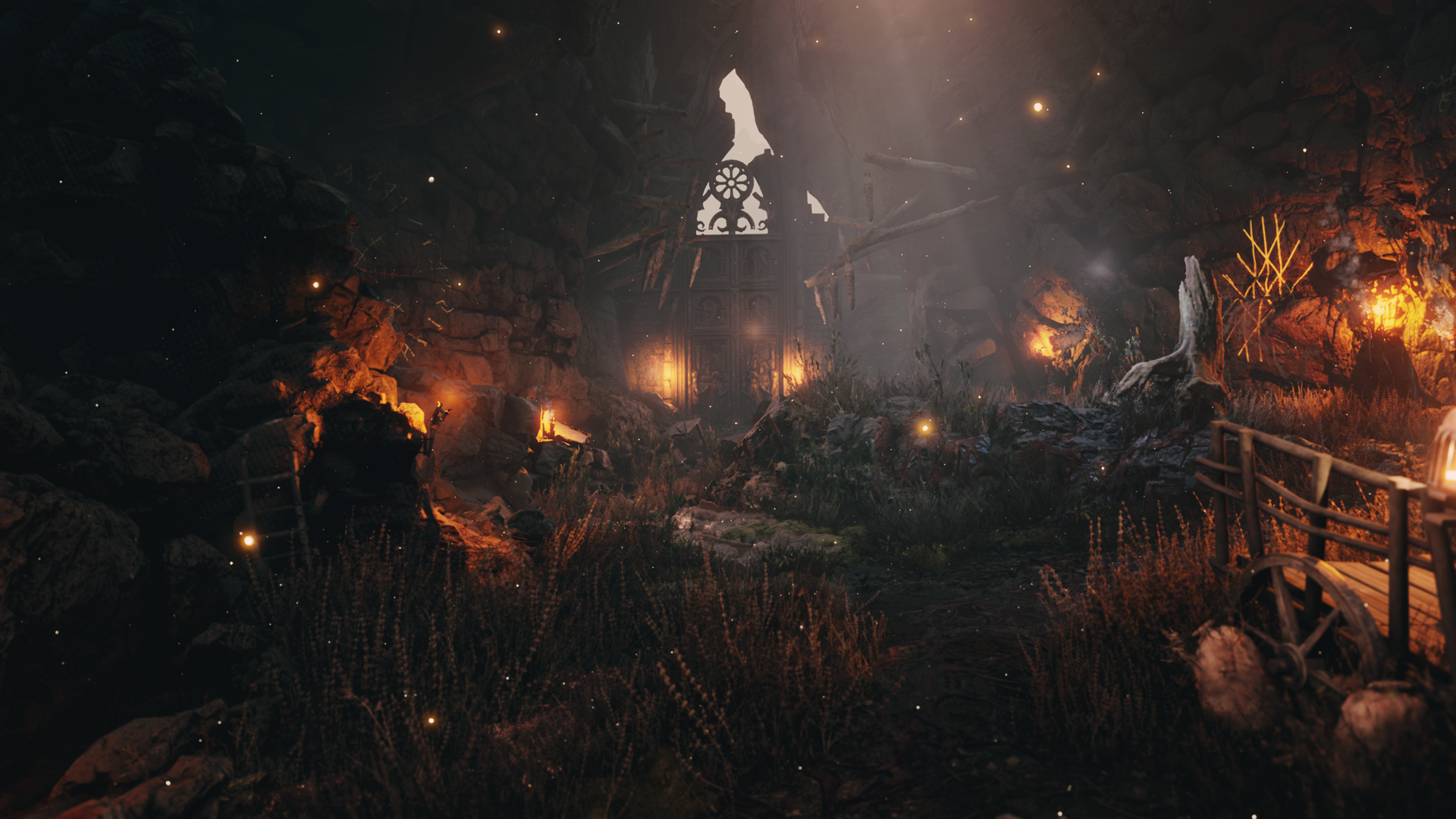 3D Binaural Sound - The voice and environments will be recorded using a binaural microphone which mimics realistic 3D audio through a stereo source such as headphones or 2 speakers. We will also be recording everything in areas similar to the biomes found throughout the world to add more realism to the experience (for example we will record ambient noises from a real cave with the binaural microphone that will play when inside a cave in the game). 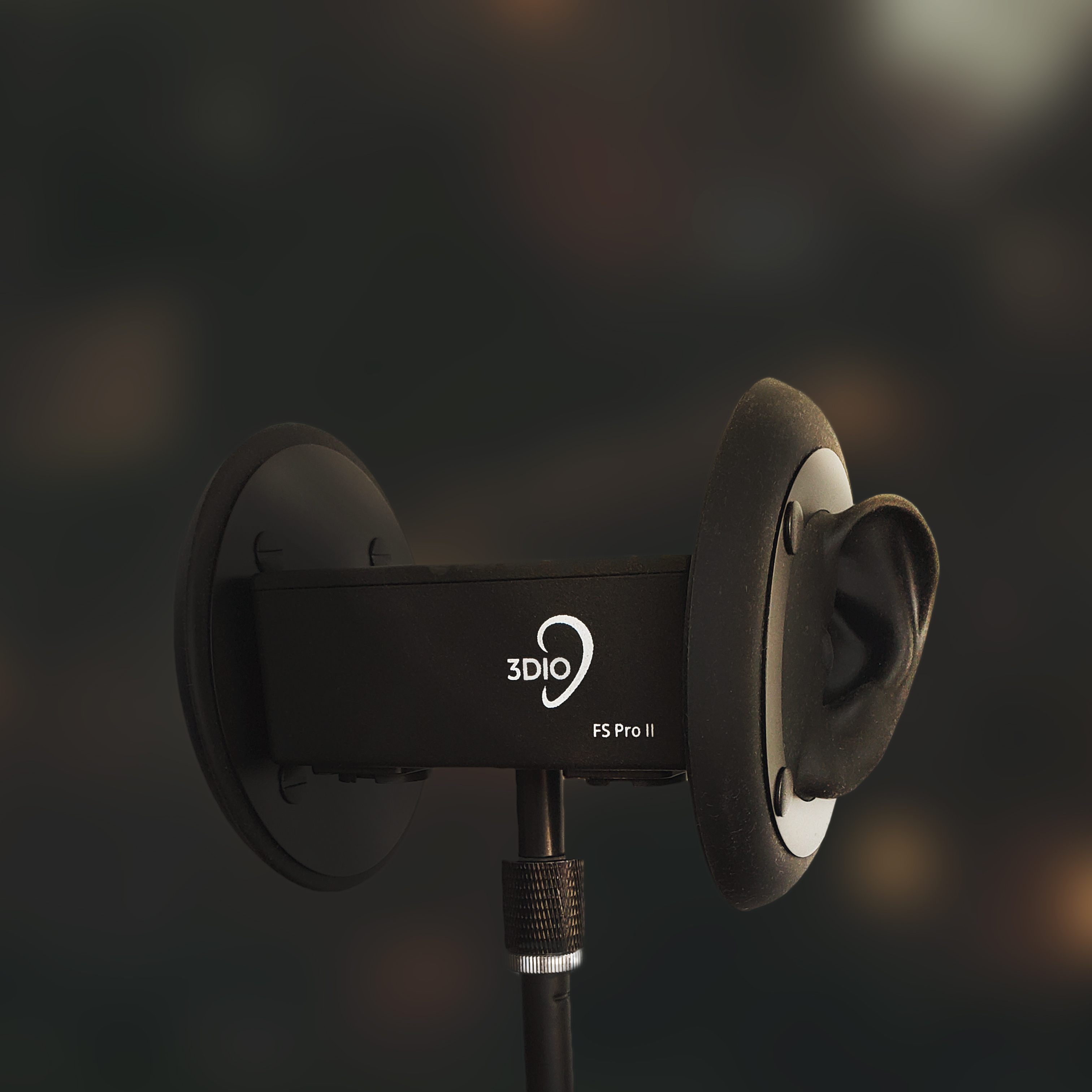 Different Multiplayer Options - While there are many things already mentioned that we believe will make the game fun to replay, multiplayer always adds to a games replayability. However, one thrown in multiplayer option doesn’t necessarily add too much to the game, a well done multiplayer that contains both co-op and PvP will, which is what we are going to be doing with Descent into Madness. 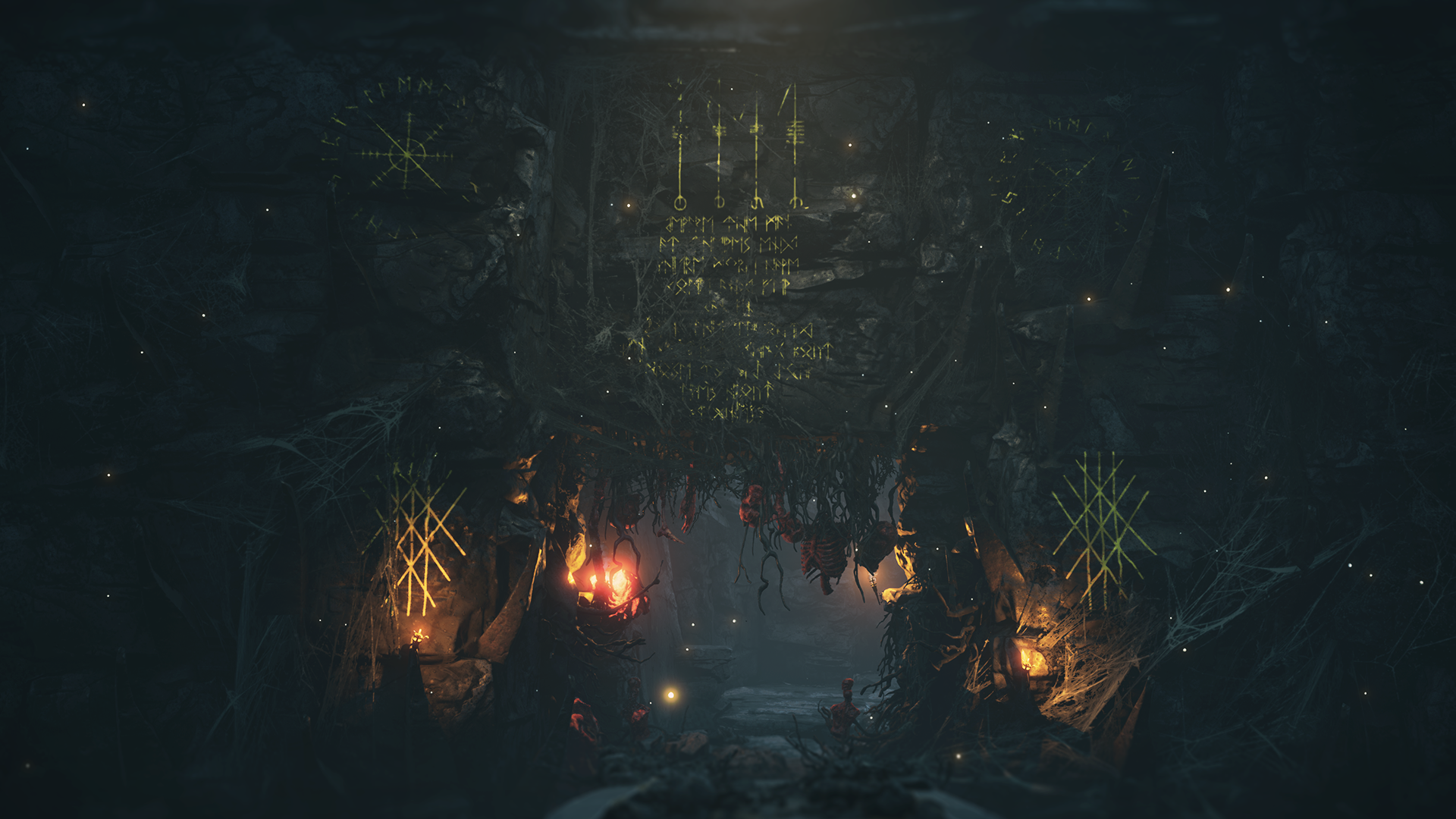 Characters - In traditional RPG games, the player is usually forced to choose between what we call “Tolkenesque” classes. Whether it be dwarf, elf, mage, warrior, assassin, etc. we at ExNi Games love these classes, but feel this is a trope that has been played out. Instead, we have carefully crafted our own classes which will have hints of familiarity, while offering a completely unique experience all-together. Each class offers a unique style of fighting, their own unique story, and character development which provides the player with a fresh alternative to what they’re used to. None of our characters are “heroes” in the normal sense of the word, rather they are anti-heroes at best, and even villainous at times. Crafting multi-layered characters that exist in a morally grey area provides a more relatable experience to deepen the immersion. They all have backstories as mentioned above, which has motivated them to take on defeating the corrupt kings and later the embodiment of madness himself. 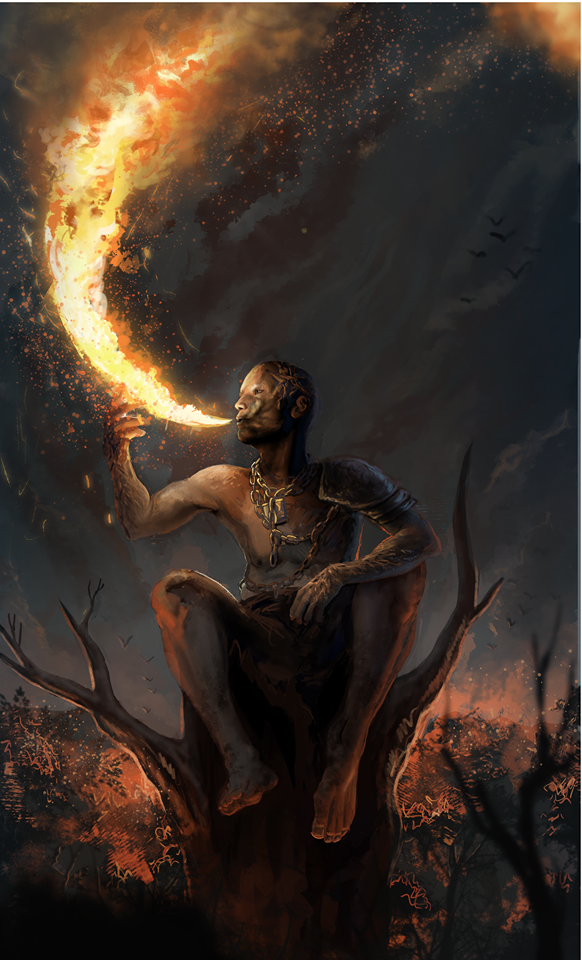 Level Design - Descent into Madness will stray away from repetitive backtracking, however, you can always return to areas to search for secrets, solve puzzles, find treasures, fight mini bosses, etc. Descent into Madness will take a practical direction with the exploration wherein you will go from place to place in continual succession until the characters’ quests are completed. Our answer to backtracking and a boring linear path, is a design with many different pathways so you never have to take the same road twice. 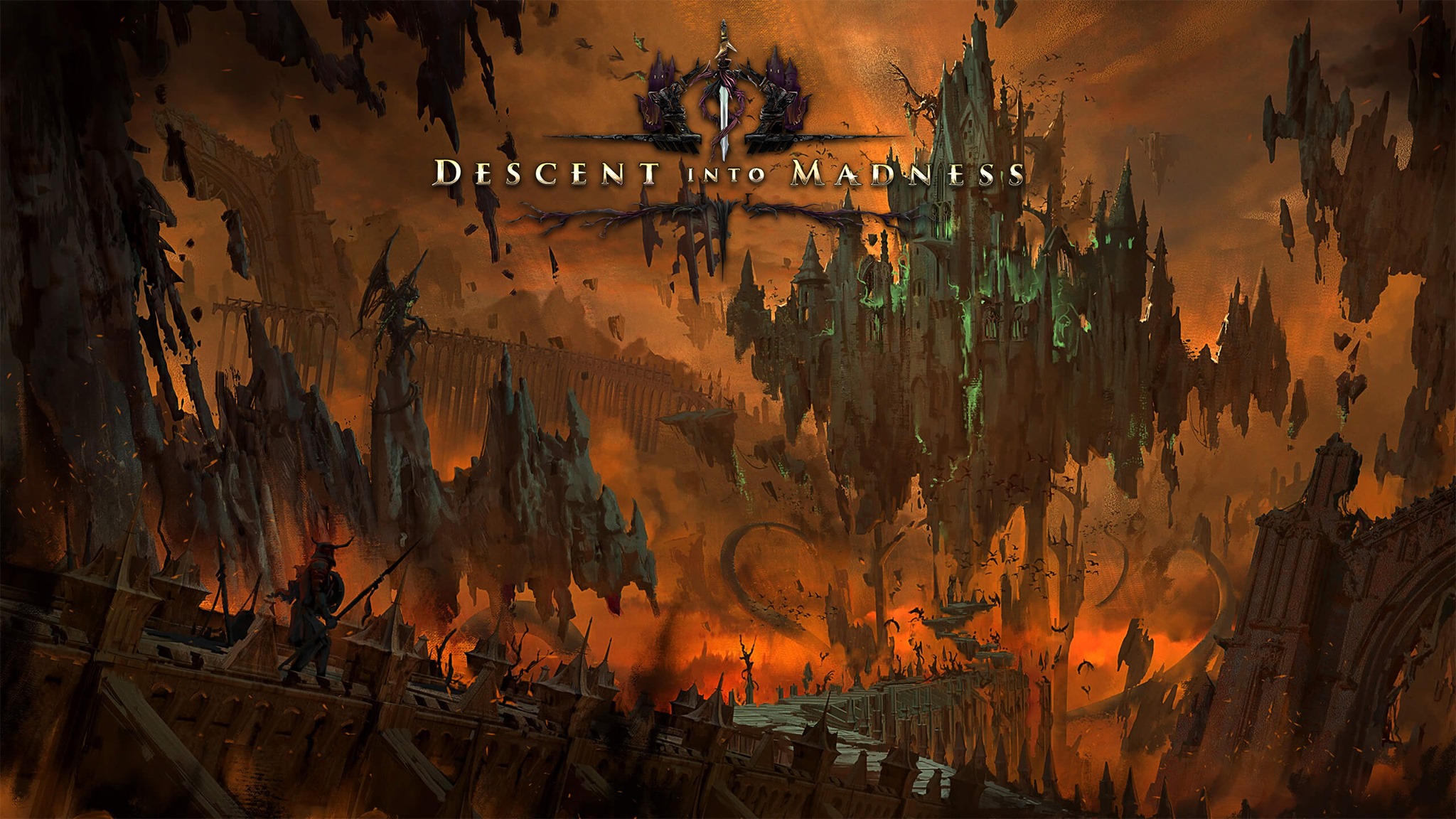 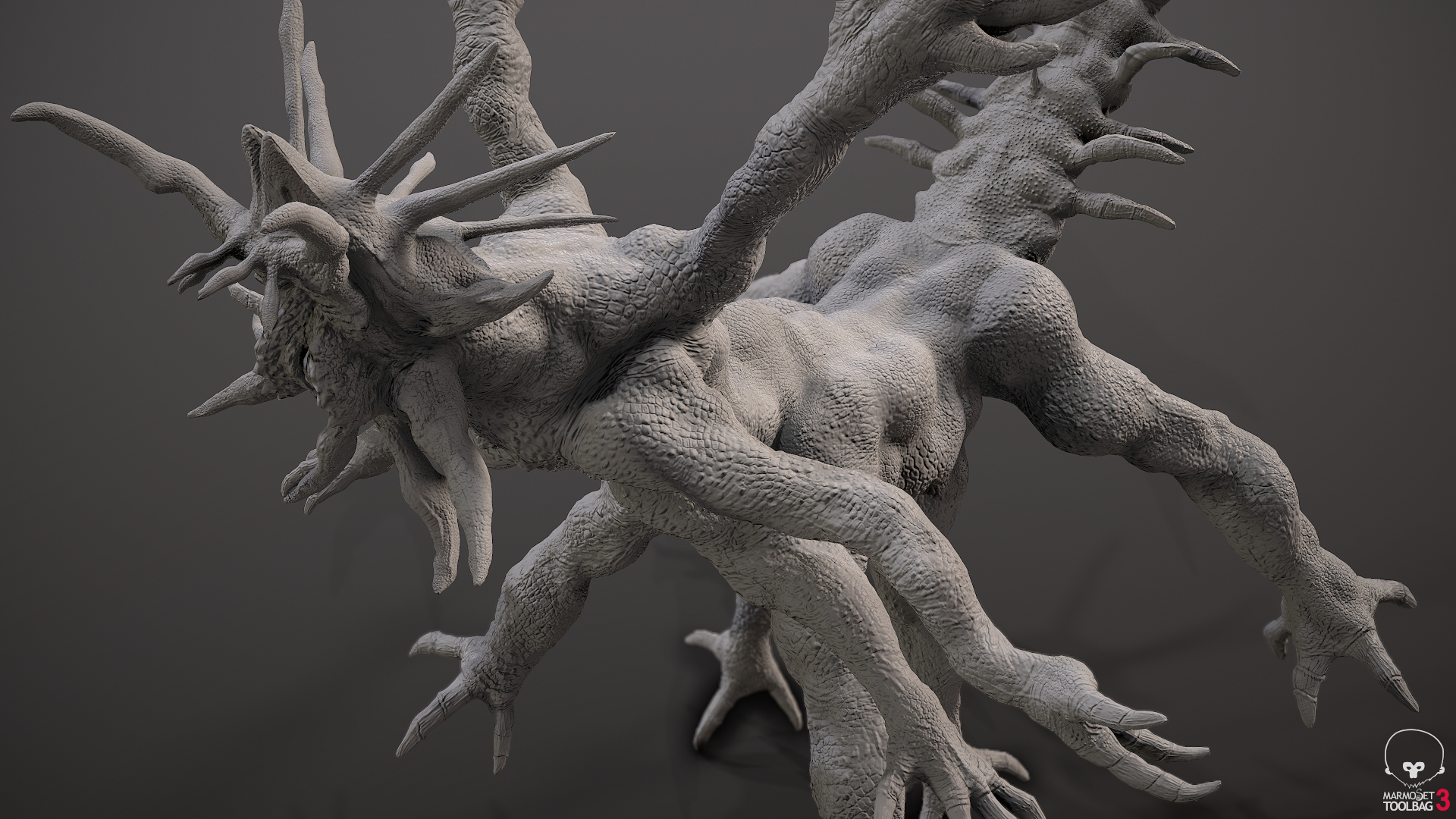 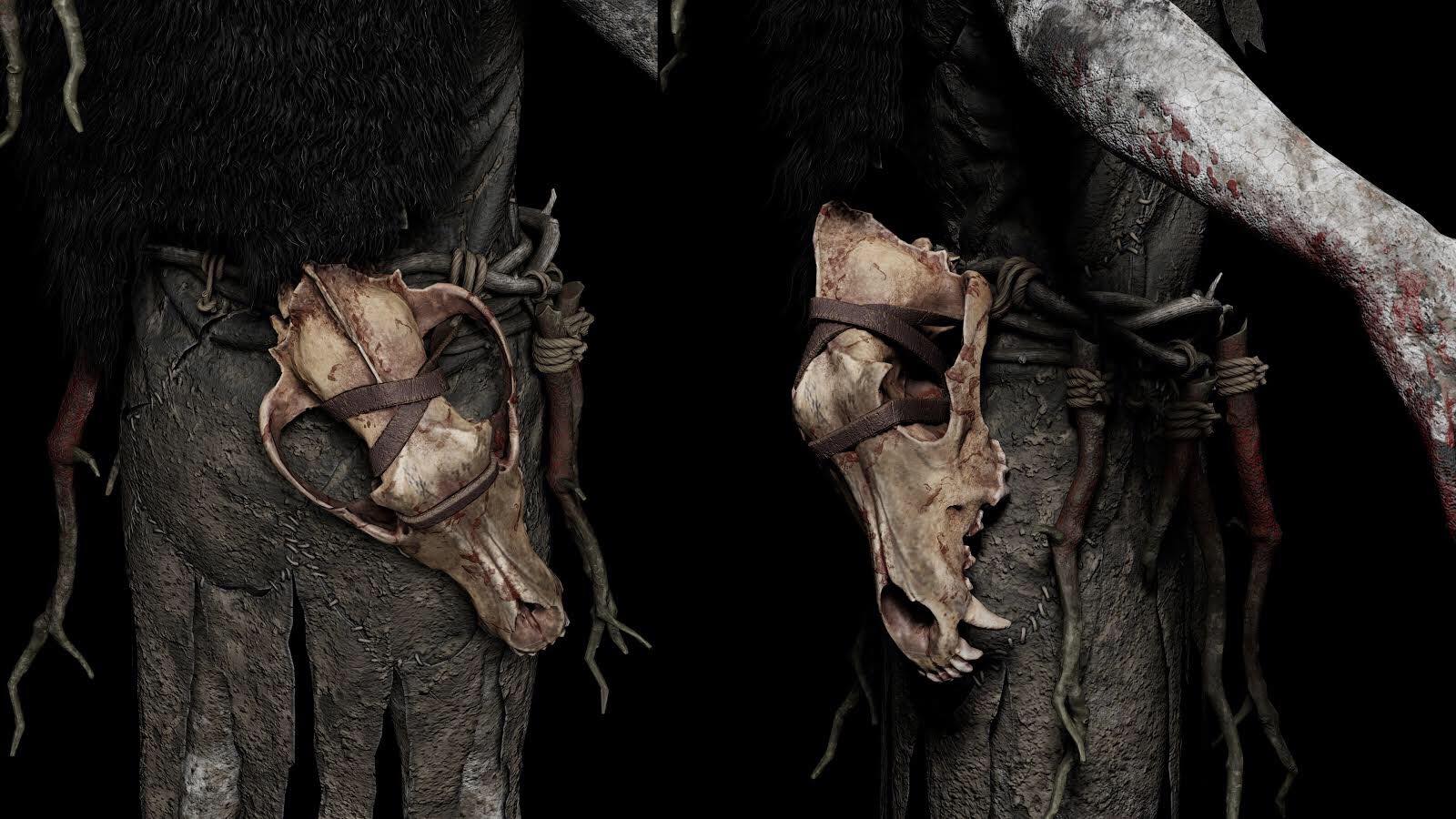 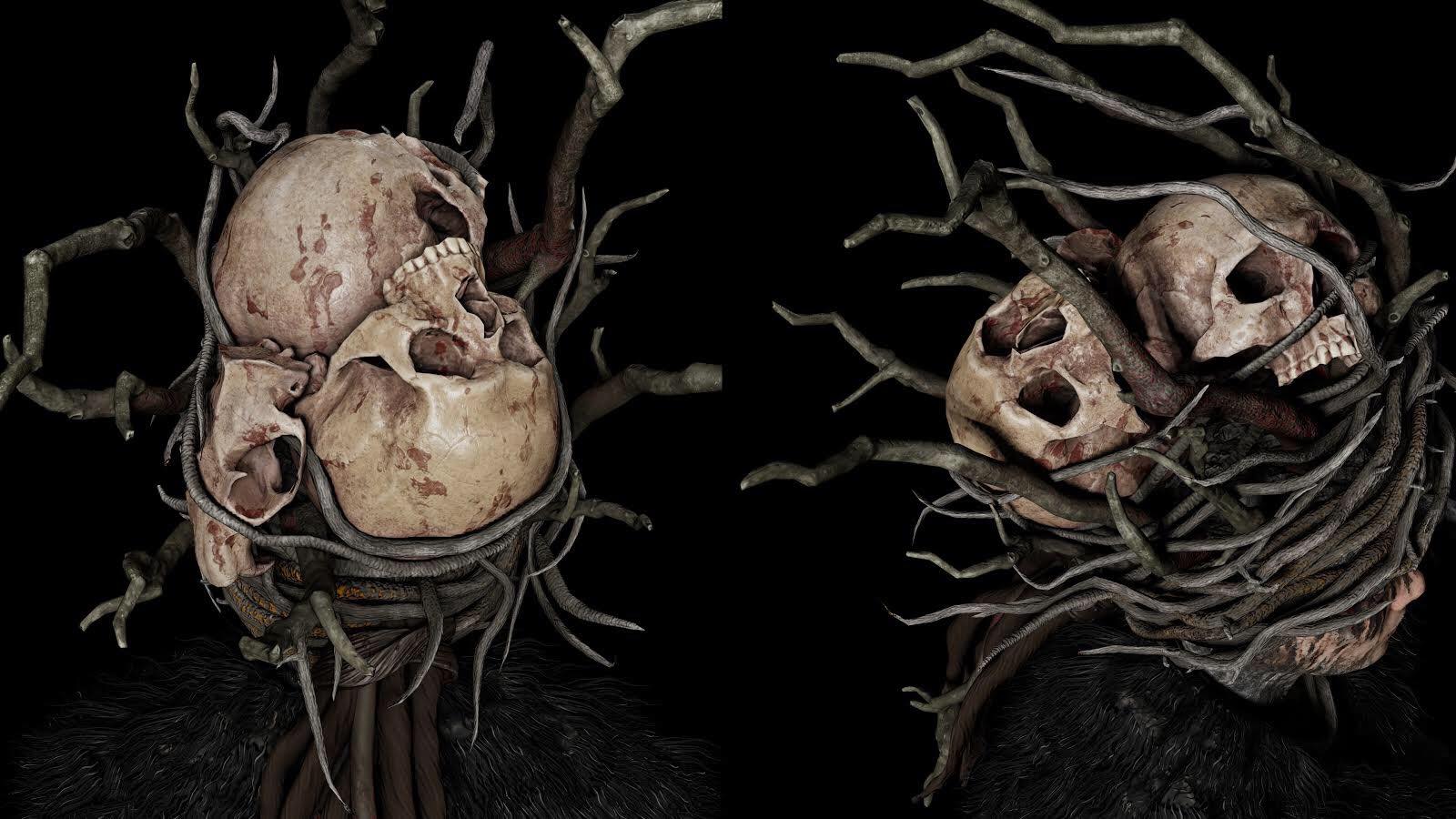 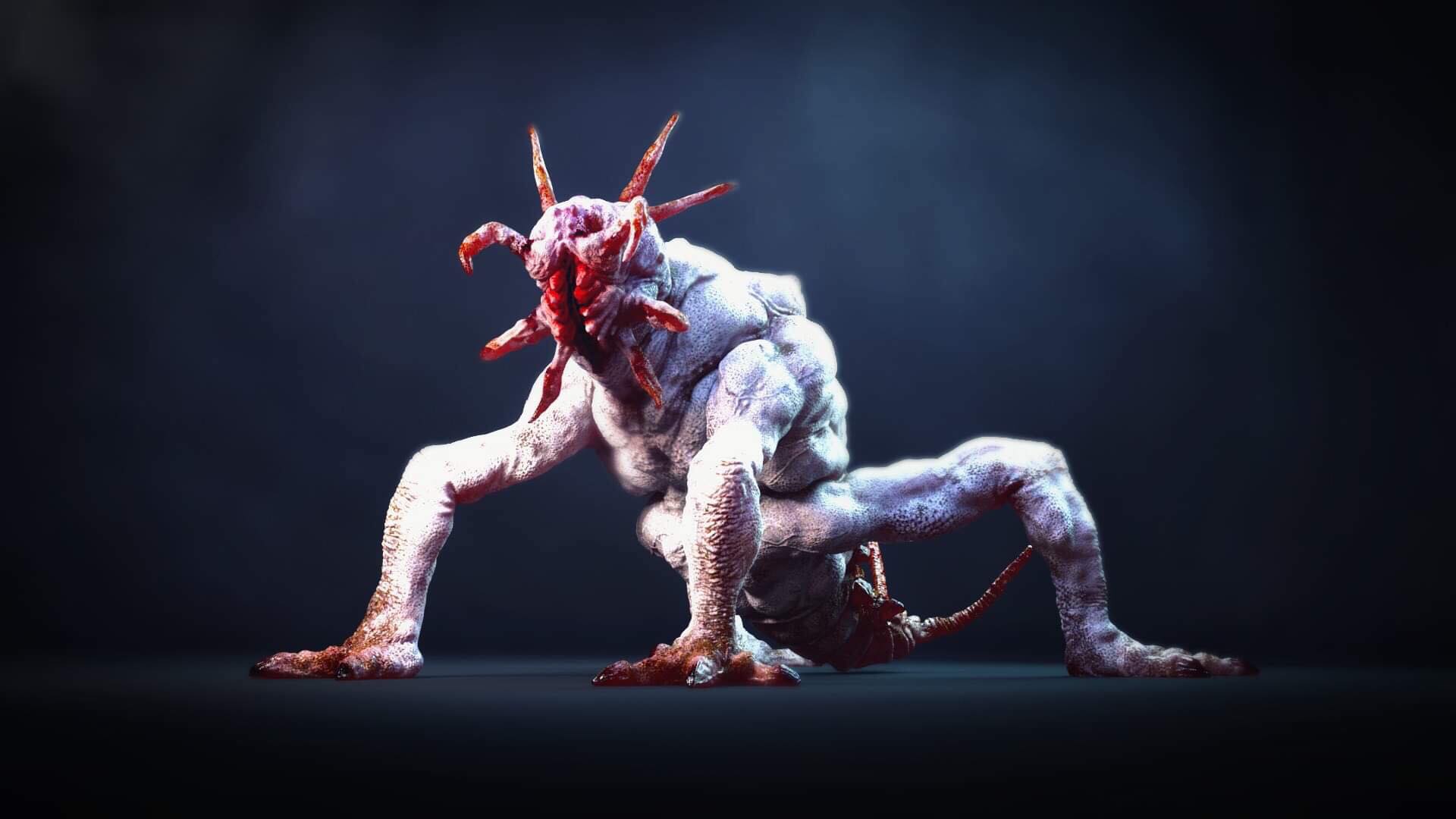