Fruitcraft is an indie trading card game, featuring over 200 Fruit Warrior cards. A mix of Anime style and Clash of Clans, the game is currently on Kickstarter.

Fruitcraft app is now live on Kickstarter (Bit.ly). Fruitcraft challenges the player to assemble an army of mighty Fruit Warriors and duke it out with online opponents. For the victor, the prizes of gold, cards and the all-important global Fruit Warrior rankings await. For the vanquished, it's time to take stock and rebuild their armies either by using an existing stockpile of gold, taking time out to craft new resources or by fast-tracking the process via micropayments. 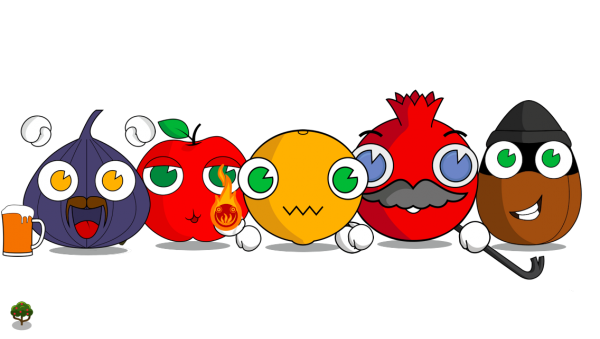 Successful campaigns enable the player to enhance their Warrior cards in order to wreak even more damage. The game is social, meaning that players can choose to play against anyone around the world or band with friends to form strong tribes.

"We started Fruitcraft's development in December and ran a successful Beta in January" says Mia. "The game is almost finished code-wise and we're now looking for some additional funding to put the final touches on the artwork and animation and launch the game."   "And we've got some great digital and physical rewards for those who pledge their support" adds Soroush.

A demo of Fruitcraft app in action is already available on the Kickstarter page along with a promotional video and breakdown of the exclusive rewards for project backers. Backer rewards include game merchandise and limited opportunities for pledgers to name a character, add their bio or even make a cameo in the game.

"We're so excited about Fruitcraft. It's been a life-long dream to get this project off the ground and it really captures the magic of our childhood games. With the help of Kickstarter we know we can do it. Fruitcraft is friendly, fruity and - most importantly - it's fun!" concludes Mia.

Fruitcraft has a Kickstarter backing goal of raising £7,000 by Aug 8, which will allow the team to deliver the game by Sep. Fruitcraft will be initially available on iOS, with Android and other platforms firmly on the roadmap. Here is a list of Fruitcraft rewards.