What have we been doing in the last month? The answer is easy, optimizing the game, fixing bugs, and working on new content! Check out what we've achieved in this update and progress report write up!

We hope that you are all staying safe and are finding ways to enjoy your summer. We’re in the middle of a heatwave so we’re doing our best to stay cool while we work on Frozen Flame!

In the last month, we’ve been hard at work listening to the feedback of our alpha players and have used your insights to help us focus our work. So, we are pleased to now lift the lid on our upcoming update.

So, without further ado, let’s dive into what we have been working on and what you can see in the update!

Let’s start with the updates to our gameplay. For this part, we’ve focused on optimizing the construction and building system to make it much more friendly and logical.

We’ve heard many of you comment that it was a real shame that the buildings could not be packed up and moved once you have placed them, so we’ve reworked our system to allow you to now pick up most of the buildings, letting you move them to a new location!

When it comes to storing your buildings, we’ve removed the specific building storage tab and have moved all of your buildings to your main inventory.

When it comes to the buildings themselves, you will now be able to pack up most of them, allowing you to move them to a new location.

Finally, we’ve made one (major) change to the crafting system. Players now will have the ability to craft armor of varying quality from ordinary all the way to legendary.

Check out the images below to see what they look like and how the modifiers affect the item stats! 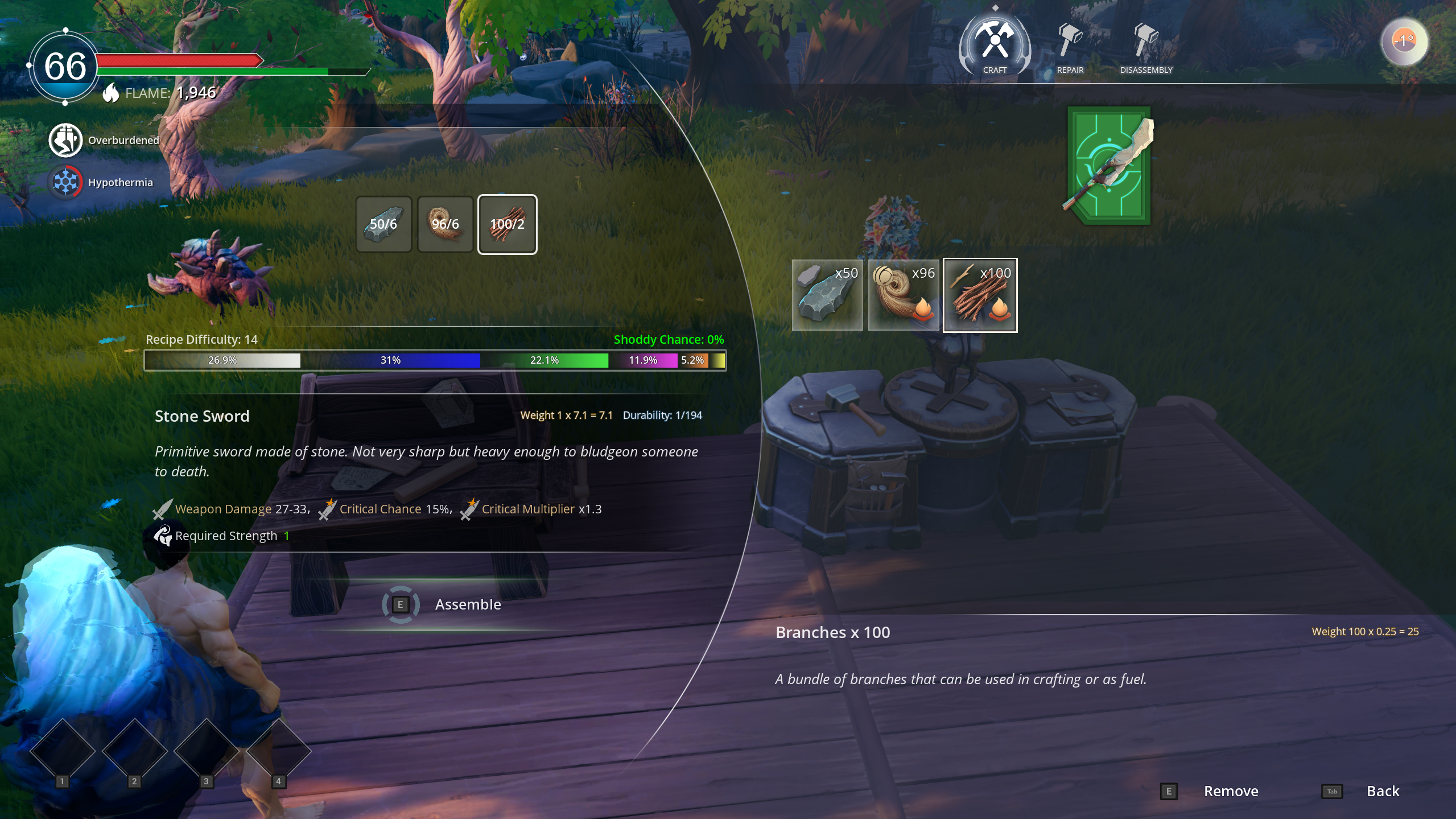 This is what the new crafting sceen will look like, notice the rarity indicators for the items.

In total, we now have 7 item rarities:

Here is a comparison of the top 3 item rarities so that you can see how the stats scale.

It’s only logical that you’ll want to use your new items once you have them, so let's look at the changes that we’ve made to the combat!

Who here has had a run-in with our cursed system? If so, you’ll probably know that it does somewhat penalize PvP. After all, in the system, once you’ve become cursed it doesn’t fade away. This has been discouraging people from engaging in PvP.

To fix this, we’ve made the cursed system a lot fairer. When you kill other players you will still gradually get cursed, however, the curse will now fade away over time. This means that if you want to go PK’ing, you can do so knowing that once you’ve had your share of the action, the curse will gradually lift - provided to take a long enough break to let it fade away! So for all the red guild players, It’s showtime!

However, if you do become cursed, you may want to remain in your zone as players who are cursed will take damage if they enter the zone of a different Sentinel. This works as a balancing act so that we don’t make PvP too overpowered for those that want to avoid it.

On the combat itself, we’ve added in new animations for the creatures to show when they are stunned, player dodges are now shorter, and the ax strike on right mouse click has been disabled.

We've prepared a quick video to show you what the new stun animation looks like, and also how the new dodges work in combat.

Just a small one here, we know that PvP is not for everyone - some people want to focus on PvE and the general storyline. So, along with the changes made that we listed in the Gameplay section, we’ve also added in 2 new quests for Skull and the Blacksmith.

Changes to the World

And finally, we come to the changes that we’ve made to the world itself. Firstly, we’ve fixed several bugs with the tree colliders so they will react properly when they should be hit. No more weird results when you engage in combat in the forests!

To make the world look nicer, we've improved what the Ore resource spots look like, check out the new models below! 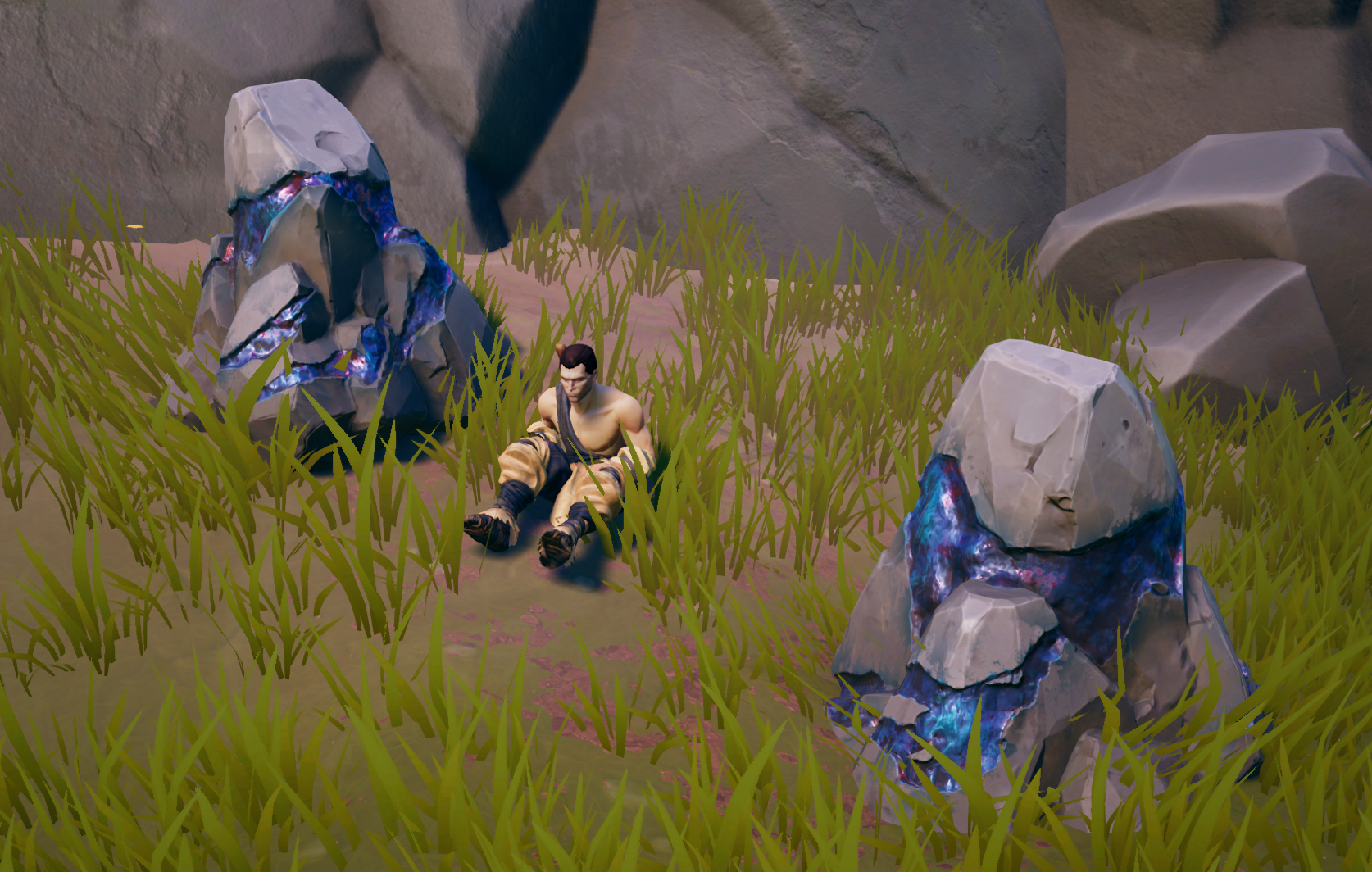 Next up, the memorials were moved to a new location - no we won't tell you were - the fun of this is for you to explore the world and find it for yourself!

Naturally, an update wouldn't be complete without a bunch of bug fixes and general improvements to the game. Though these are not that glamorous, they are still vital to keeping the game running well!

And finally, there were several quality-of-life improvements made as well:

This brings us to the end of this update announcement, we hope that you've enjoyed reading about our progress developing Frozen Flame.

If you're interested in the game, we are currently in the first part of our early access. You can get access to the game if you purchase one of our founder bundles over on our website.