Homebrew 14: We've transitioned from pre-alpha to alpha, read more about it here. 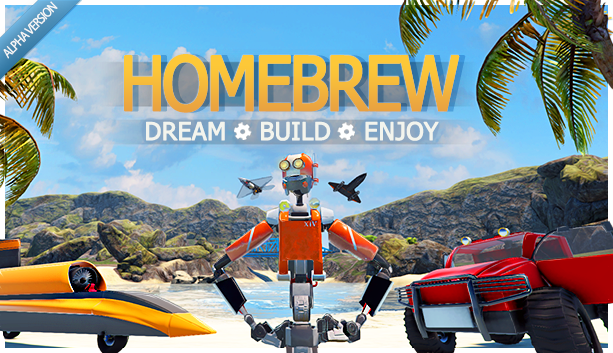 Today marks the transition from pre-alpha to alpha and it's also the first version of Homebrew where the community had this much input on the direction that we were heading in.

Whereas V13 was designed for our personal amusement this version is different and the result of constructive feedback from the community. It helped us shape the game and without you guys we wouldn't have this build on our hands today. Thanks a lot to everyone who made suggestions, reported bugs and supported us on this exciting journey.

HOMEBREW V14 is an entire rework of the game and the new core systems are redesigned to build bigger/more advanced in less time.

These new systems will also allow us to implement new content faster which results in more frequent updates. The changes we're talking about are huge in comparison to the previous updates and it's impossible to mention them all.

A year of feedback and a lot of work goes a long way, now let's check out what HOMEBREW V14 has to offer:

A brief summary of the changes: