Hybrid Children is our continuation of horror-themed topdown action games, similar to Kalaban. It is currently in early testing on Itch.io and Patreon. By getting the game from either one of those platforms, you support the development and help us reach Early Access by the end of this year!

Posted by GameRealmMadness on Aug 2nd, 2019

It's been a few weeks since the last update on Hybrid Children. I've been making lots of improvements to the game recently, so I decided it was time to make a new blog post.

Firstly, I've been adding new weapons into the game; shotgun, submachine gun and grenade launcher. The full game will have an arsenal consisting of at least ten different weapons. I don't want to reveal the full list before we have implemented them in the game. I have also released the first playable build of the game on Patreon, so you can go and support the game, and participate in its active development.

The game currently is shaping up to be a more action-oriented experience than what I originally designed it to be. I applied for a grant to create a story game, but now that I didn't get the money, I'm planning on making the design simpler and more streamlined.

Only possibility to fund the game successfully would be to launch an Indiegogo campaign during the fall. That's the earliest possible time that I could have a really impressive demo of the game ready. I'm developing this game by myself so the progress is slow. Extra funding would definitely help to bring the game together faster.

One especially helpful thing would be to get a developer dedicated to 3D character art and animation. I'm happy with doing the game design and programming, but generating the art for a realtime 3D game is quite tasking.

I've usually been in charge of making the game design and art, so it's refreshing in a way to be brushing up my programming skills for a change. Medlab Terror was the first Unity game that I releassed to the public, and in that game I basically did everything except music.

Creating a good-looking first person shooter with just one active developer was a bit too tasking though, so I ended up with the concept of a topdown horror shooter. 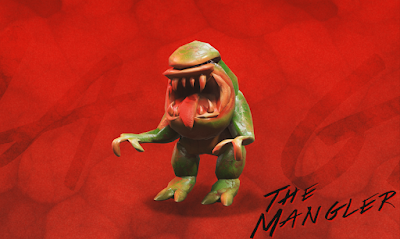 We've recently been adding Hybrid Children to game sites to gain some attraction. There is now a page for it at IndieDB and Itch.io. There is also a job posting for a hobbyist 3D character artist.

If you feel that you have a passion for indie development and can create characters that would fit our game, please see the job posting and contact us at grmgamedev@gmail.com.

That's all for this week, thanks for tuning in! Go follow us on social medias, maybe join the discussion on our Discord, and show your support by participating in early testing at Itch.io or Parteon. See ya!