Another look through the recent progress: new AI behavior, map screen and scripting.

Hello everybody! I know it's been three weeks since the last friday diary. Today is the eve of midsummer, which is a huge festivity here in Finland. This is the first weekend in a very long time, when I won't be doing gamedev. 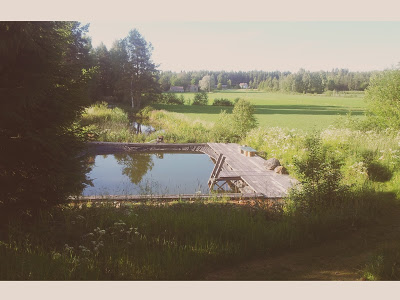 The time during last three weeks has not gone to waste, because Kalaban has taken huge leaps forward. I've been scripting all the current scenes to make them playable and connected to the main storyline. Now we have dialogue between NPCs and Bob, consistent story progress through the scenes and some new AI behavior for the enemies. 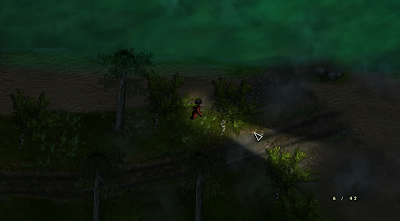 We currently have two of the non-playable characters functioning in-game. Some of the dialogue will branch into different paths, and your actions affect how the conversation will play out. We've kept the number of NPCs quite small, compared to some typical role-playing games for example. We've constantly tried to focus on depth, and not tried to create a huge, endless gameworld, which would ultimately feel empty and shallow. 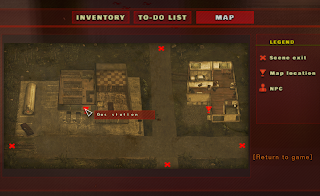 During the last couple of weeks we've also added the map screen to the game. It shows you important bits of the scene, and puts NPC blips on the screen after you've encountered them. On the picture above you can see the gas station scene seen through the map screen. Next step is to get the to-do list and quest tracking properly featured in the UI. 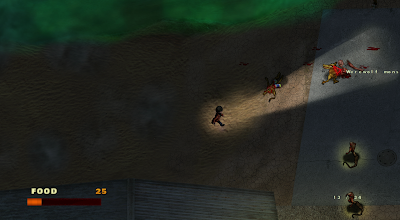 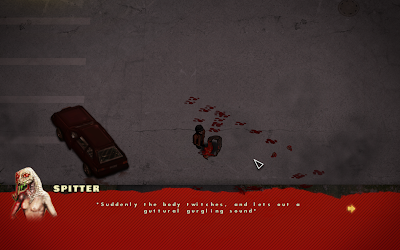 The werewolf monsters now have something to do, besides just aimlessly wandering around the playfield. When they're hungry, they search for food, and start munching once they find it. They're also more aggressive and faster when they're hungry. I'm personally very fond of the idea that monsters in the game could be NPCs, which have their own goals and will during play. 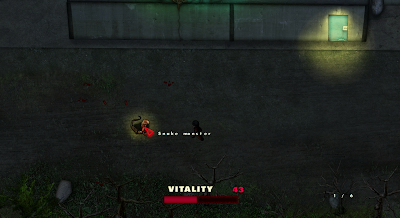 Now that the NPCs are in the game and you can interact with them, it starts to feel like the game we visioned it to be. The open world exploration and inventory also plays a huge part in the Kalaban experience.

Game development is a lot of trial and error, and although you would design the perfect game on paper, it might not translate to screen at all. It's only when you have the game running in realtime, and you get your hands on the gameplay that you start to see what kind of product you have on your hands. After that point you have to take a look at the design, and chip away all the useless stuff which no longer fit the whole.

Initially, we didn't anticipate how big of a role the combat would play in our game. The original concept for Kalaban was "an open world survival game, where you can interact with every item, pick up every rock and examine everything". After we got through the first buggy pre-alphas, the game transformed into a topdown story simulator, and more of an action adventure type of game. It also became a reality, that we cannot draw and simulate every single twig and rock in the gameworld, so we have to focus on the things that truly matter.

We'll continue our work after the midsummer, and keep you guys informed about the progress. Kalaban still has no official release date, but you can expect the finished game during the year 2016. See you all soon!