A look into how we’re integrating many of the various damage and damage-related modifiers, including Elements and Resistances. (part 1)

In this post, we thought it would be a good idea to begin to go over various damage related systems, and how they were coded into the game.

The first one is basic damage- its fairly standard: damage is subtracted from the hit target’s health (so long as the spell actually hits the target). And, of course, when the target reaches 0 health, they die.

This is then heavily modified to fit a wide variety of special affects and attributes we’d like to apply atop the damage.

This can include healing, which is just as simple as damage- instead of subtracting the damage value from the target, add it. Its that simple. The only thing left is to check for overflow, so the target cannot go over their max HP.

Keep in mind: all of these also work alongside Mana, but only when specifically called for.

Now, we can start to get into the more interesting elements. The first of which is Lifestealing- fairly straightforward, and almost self-explanatory. Dealing damage to a target returns the damage as health. This also works with Mana, so stealing Mana from a target can be done. 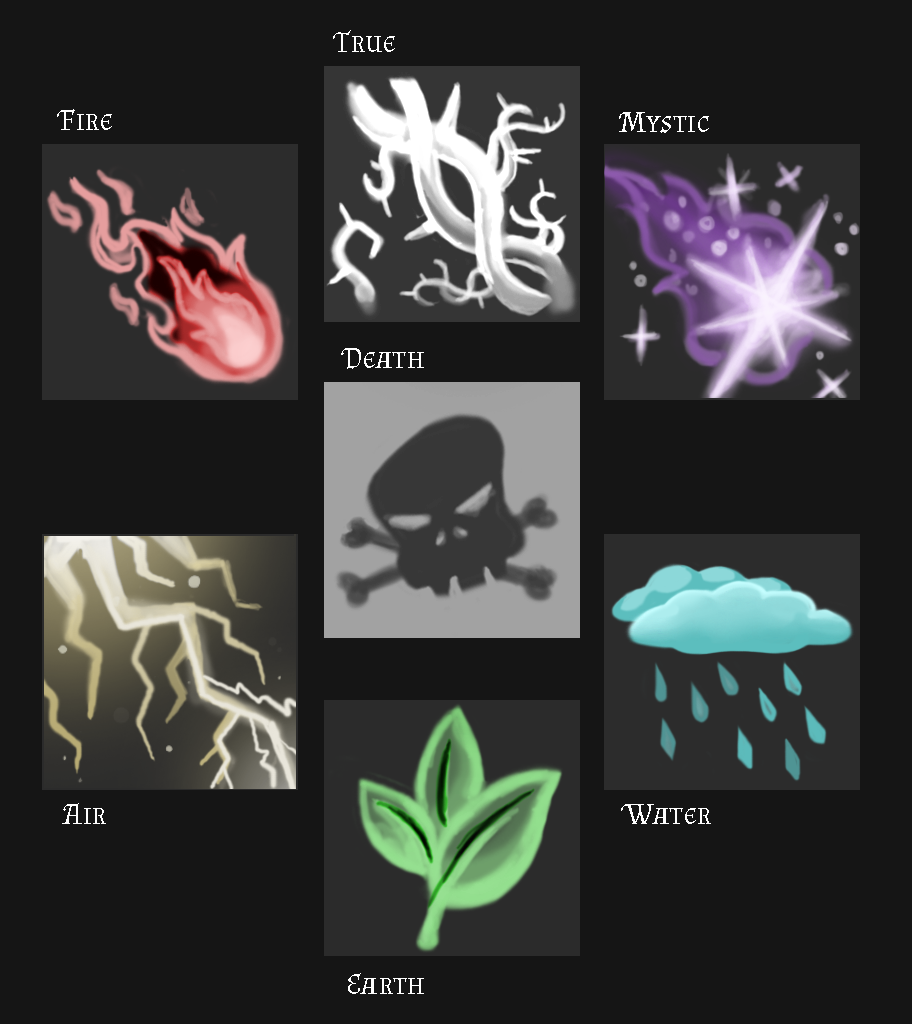 But the real core damage modifier is its Element. In the world of Fragment’s Moonrise, all spells have a specific Element associated with them: True, Mystic, Fire, Water, Earth, Air, and Death.

In addition, each Creature has a specific set of Elemental Resistances assigned to them.

When a spell hits a target, the spell’s Element is calculated against the target’s Resistance from that particular Element, and damage is applied as defined.

What this allows for is additional combat depth- Creatures have varying levels of resistances, so you can’t simply create a full army of high-damaging Units, as some Creatures might be fully resistant to them, and you’ll be rendered helpless and at their mercy should you ever encounter them. It pushes a much more diverse army composition, and also allows for some fairly interesting boss fights (as many of our past blog posts have shown). During the early stages of gameplay, you can get away with having a few extra powerful Units, but as we develop more and more, we definitely intend on making it so you need to expand out your army’s diversity, alongside require you to utilize a Unit’s unique Elemental-coverage to win a fight.

In our next post, we aim to go over the other types of ‘Damage’ modifiers: our Status Effects and Auras, and how they work and function.