We prepare the next update for our first-person exploration puzzler.

Posted by rottenhedgehog on Apr 8th, 2013

we are preparing for the next updates - a minor one in April, and a huge one with more features, characters and levels in May. So let us show you what we're working on for the next triangulations.

Running - Yes, we took your wish seriously to be able to run and implemented it into the game. But we also added dexterity, to prevent you from rushing through the game. I think otherwise most players would rush through the levels instead of taking the time to explore all the hidden places we prepared. What do you think?

TRI O.S.T. - Some of you were asking if we are going to have a soundtrack. Yes! Our composer Ludwig is going to create a whole soundtrack for our game and make complete songs from the little snippets you currently hear in TRI. The current trailer song will be included, too.

New Feature - Players that know TRI from its first version will know the upcoming feature - light rays. The April update will have new levels, at least one featuring light rays.

Pricing - This wil be the last update for the convenient price drop of 50% off. In May we definitely raise the price due to the new content.

Why AMAZE-ing? - We are going to participate in the first festival for us this year - the AMAZE INDIE CONNECT. If you are in Berlin, Germany from April the 24th-27th you can meet us there and other Indies like Nicklas Nygren (Knytt), Sos Sosowski (McPixel), Vlambeer (enough said), Jonas Kyratzes (The Sea Claims Everything), Michael Brough (Corrypt), Ed Key (Proteus), C418 (enough said, too), and many more :D

Last but not least - here is a peek on the next character - the mysterious fox. 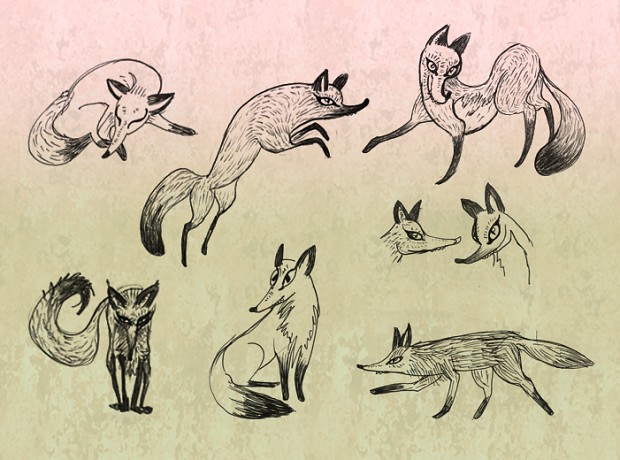