We need your help to take Forgotten Myths to the next level and introduce brand new features to this highly rated cross-platform TCG!

The time has come, and our Kickstarter campaign has started! For the past six weeks, we have been working hard to prepare a great campaign for you, with lots of nice rewards, stretch goals, backer achievements and many surprises along the way. For the next thirty days, it will be up to you to show your support to Forgotten Myths, and give us a chance to make this game better than ever!

During this Kickstarter, you can back the campaign and get awesome rewards for your support. You can take a look at the reward tiers from the campaign page. All you need to do is to click on the Backer Tier on the right hand side of the page, create a Kickstarter account, fill in your payment details, and you are done!

What are we promising?
Forgotten Myths is still in development, and can be a much better game with your support. We have lots of ideas we want to incorporate into the game, making it one of the most comprehensive cross-platform TCGs ever. We are promising to implement and introduce almost all of these features, including tournaments, crafting, multiplayer co-op, and even spectate and playback if we hit the stretch goals. Here is a sneak peek into some of these features:

No trading card game is complete without a proper tournament mode. Knowing that, our aim is to bring you not just one, but four different tournament modes in Forgotten Myths. These are;

1- Draft Mode: When you enter Draft tournaments, you will create your deck by selecting cards from a random group you are shown. Every time you select one card, you will be given another choice with a different set of random cards. Once your deck is ready, you will then play a total of 10 games with other players, and get rewards based on your performance!

2- Sealed Mode: In the Sealed tournaments, you will be given a limited number of random Booster Packs, and you will construct your deck with whatever you get from these packs. Once your deck is constructed, you will then play a total of 10 games, and get rewards based on your performance!

3- Constructed: In the Constructed tournament mode, the Server will initiate different tournament modes, with various themes, and you will prepare your deck with your own cards before you enter. Once you join the tournament, you will play 10 games, and get rewards based on your performance!

The best thing about these three tournament types is that you can start the tournament, play whenever you want, and finish it at your own pace. There will always be others to match up against.

4- Monthly Grand-Tournament: This is a 64-seat tournament where only the best players will be invited at the end of every month, and battle each other to claim the top spot -and the bragging rights, as well as awesome rewards.

One of the features that we most talk about with our community, and definitely the one that we want to introduce the most is the Multiplayer Co-Op mode. This is a 4-people raid mode where you and your friends will take on fearsome bosses.
We are going to add six raids initially, and increase the number of raids with each card expansion. But don't worry, every raid will consist of 2-4 boss encounters, with different themes and abilities, and AMAZING REWARDS (of course) that will reset every week! 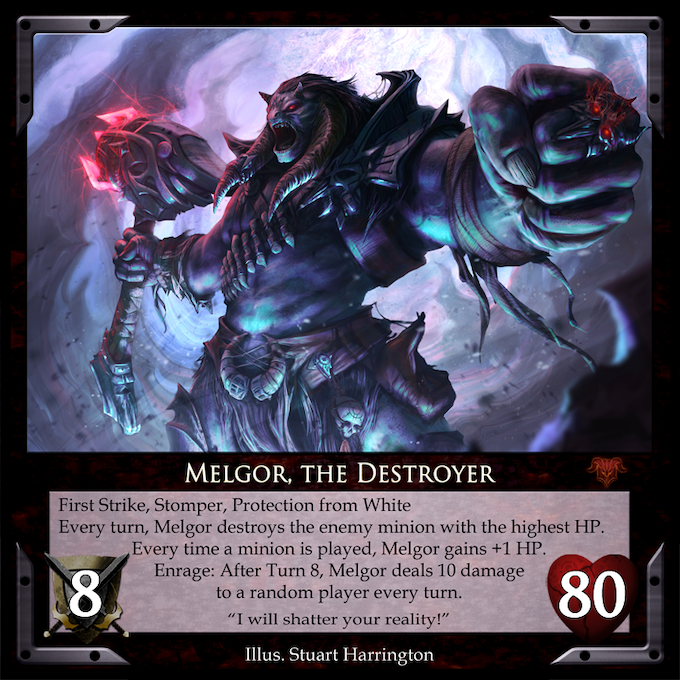 Be warned. This is not a dumbed down, simplified fight that you go through the motions. We are talking about legitimate boss encounters with FOUR people joining a party to raid dark and dangerous dungeons. Each raid will be different and unique, and test your deck-building skills, strategy, courage and nerves as you fight your way amongst dreadful enemies and powerful bosses!

Crafting is a fun and engaging feature that should be available in all trading card games. We are planning to add a system in which the game rewards you with crafting materials based on your activity in the game, whether this be on single player campaigns or PvP battles, and once you collect enough materials, you will be able to craft the card of your choosing. 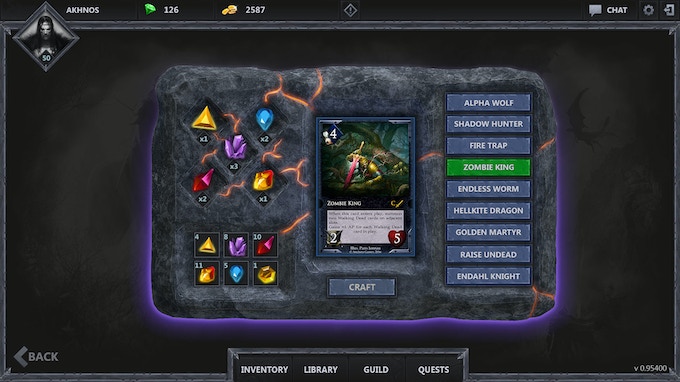 Craft-able cards will be exclusive, meaning they won't be obtained through booster packs or decks. Working your way to collecting the materials for your desired card and finally crafting it will be a rewarding experience!

Wait, there is more?
Forgotten Myths is an ever-evolving game, and we strive to make the game better every day. This is why we keep introducing new card expansion, new features, and new abilities as often as possible.

We have great ideas we want to incorporate into the game; new card types, abilities, and more. A good example is the much anticipated TRAP cards. These cards will be played face-down and your opponent won't be able to see which card you played, and where the trap is. The trap will be activated when your opponent plays a card on top of it. 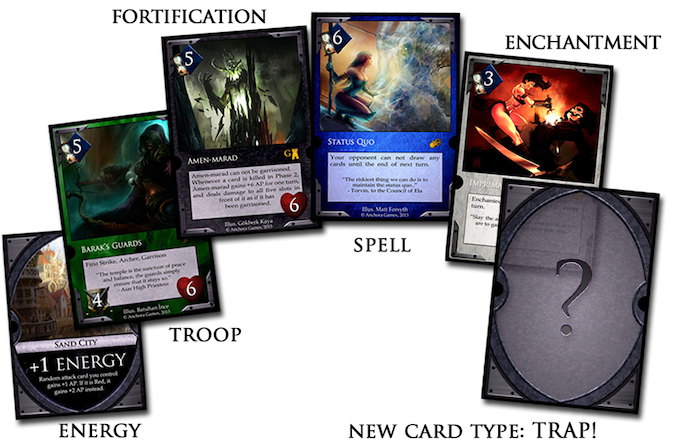 Another great addition to the game will be the new hero powers! You might be asking, 'but hey, there are no heroes in Forgotten Myths?!' and you would be right. But that doesn't keep us from introducing this feature to the game. So, how will it work?

Each avatar will have a unique ability that can be activated once every turn. Different abilities will have different energy costs, and the outcome will affect the game. With 100 Avatars to choose from, you will have all the options you can have to complement your deck with the appropriate hero power, and defeat your opponents!

On top of these awesome features, we are going to give the game a total makeover, with full UI rework, brand new dynamic 3D Battlefields, exciting visual and audio effects. However, we don't have the resources to complete all of these things on our own. With your help, we can create a much better and more polished game. This is why are asking for your support!

Forgotten Myths needs your support more than ever now. It is the ultimate test to keep this game alive, and give it the final push to put its name amongst the successful online TCGs. The future of Forgotten Myths is now in your hands. If you want to be part of a great trading card game that is easy to play, super-interactive, and has a fantastic community, back Forgotten Myths today!