Discover the Goblin Swamp and the ruins of an ancient civilization in the latest Folk Tale video and blog update.

In the last six weeks we've completed the assets for all the playable zones in the demo map and in doing so reached the point at which momentum begins to grow exponentially. The final tasks on the to do list can now be started, all of which run in parallel. So from here on in, it's the big push before testing.

Goblin Swamp
An early version of the swamp featured in screenshots some 18 months ago as the first exploration zone to be built outside of the human village. As the months progressed, the Art Team worked their way around the entire map, modelling and hand-painting five more zones. Welcoming in 2013 having completed the enormous task of designing 7 zones for demo, we arrived full circle back with the swamp, which now looked dated and artistically inconsistent. We could have left it for demo, but that didn't feel right, so we made the decision to completely rebuild it: 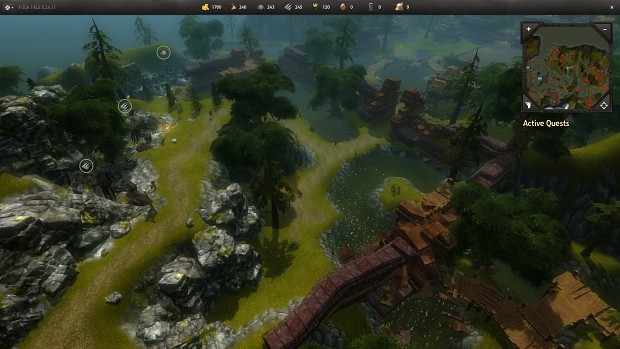 The swamp is the final zone in the mini-campaign designed specifically for the demo, where Slavemaster Urzal and his bodyguards hold your villagers captive in the ruins of an ancient civilization. The goblin nation is developing along a path that will see them become an AI-driven enemy nation, with the eventual goal to make them a playable race, most probably as DLC. As such, we've expanded the goblin character roster beyond the military, and introduced occupational characters to help bring the zone to life. 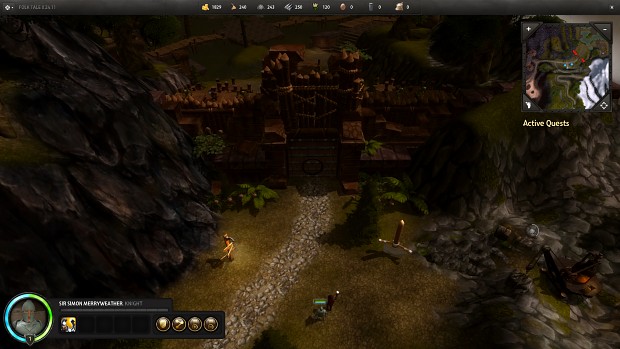 Cut Scenes
With the completion of the swamp art assets, we've ticked off the largest task on the project, and the Art Team are now polishing and optimizing what we have. For example, in a push to improve the visual quality of the cut scenes, the goblins featuring in close-ups are having their now quite old textures over-painted and at a higher resolution. We are also stripping cutout alpha from the character shader, so previously transparent areas such as the tips of feathers need to be painted out. The cut scene animations have been complete for a few months now waiting on the swamp zone and Slavemaster Urzal's base in the Temple Ruins to be finished before going through their next iteration of refinement. 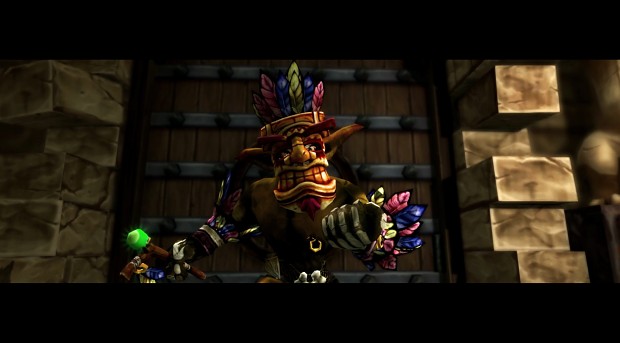 Throughout development we've been doing all the cut scenes in the engine. Now we're into the polishing phase, we're adding a number of post-effects including color correction and depth of field. The downside is that to achieve some of these enhanced visuals at a smooth frame rate in 1080p requires a decent gaming PC, turning them off on slower machines. So we're considering recording out the cut scenes using a top end gaming PC on ultra graphics settings, enabling everyone to enjoy the cut scenes looking their best. It's unlikely, but it is an option we are exploring.

Community Translation Tool
Looking ahead to when we release the demo, we want to reach as many Gamers worldwide as possible, and to do that we need to translate the game into multiple languages. Being a small indie development team, we are frugal with the little budget we have and outsourcing localization to a professional agency isn't an option right now, so we're turning to the Folk Tale community for help. To maximise our chances of getting the very best translations, we've designed a simple to use vote-based system whereby the highest quality translations will rise to the top. The web app is open to all who have opted in to receive the monthly newsletter when signing up to beta, and we hope all multilingual followers will take a look and considering helping us improve Folk Tale.

Beta Signup
For those of you visiting for the first time, applications for closed beta are now open. Please don't forget to opt in if you wish to receive the email newsletter.