Part 2 of the focus tree focuses on the political direction of the country.

For the part 2 of the focus tree I imagined a Romania which could go on 3 different paths.

On the first path you can go Democratic, Fascist or Communist each with its own bonuses. I reused some of the basic DoD DLC focuses in this tree because they were a good fit, but I also added new ones.

On the second path you can go with the rule of Carol II as a Dictator and rule the country with an Iron Fist which gives high political power but damages the stability of the country.

On the third path you can have all the influential Romanian politicians that do not support Carol's rule back the young Mihai to take the throne and rule the country as a popular monarch. This path will give less political power but gives more stability and a few other bonuses.

The second and third path unlock the Monarchists in Government and Royal Foundation. The first one focuses on stabilizing the political spectrum and keep it stable from foreign intervention. The second one gives bonuses towards developing the nation.

I also modified the Offensive/Defensive parts of the focus to give the player more choices and increase replayability.

The second part of the focus tree is still a WiP, so things might change and more focuses can and will appear. If you have suggestions you can make your voice heard in the comment section. I have posted this unfinished focus tree as I have not posted in a while so I want to keep you up to date with the mod development. 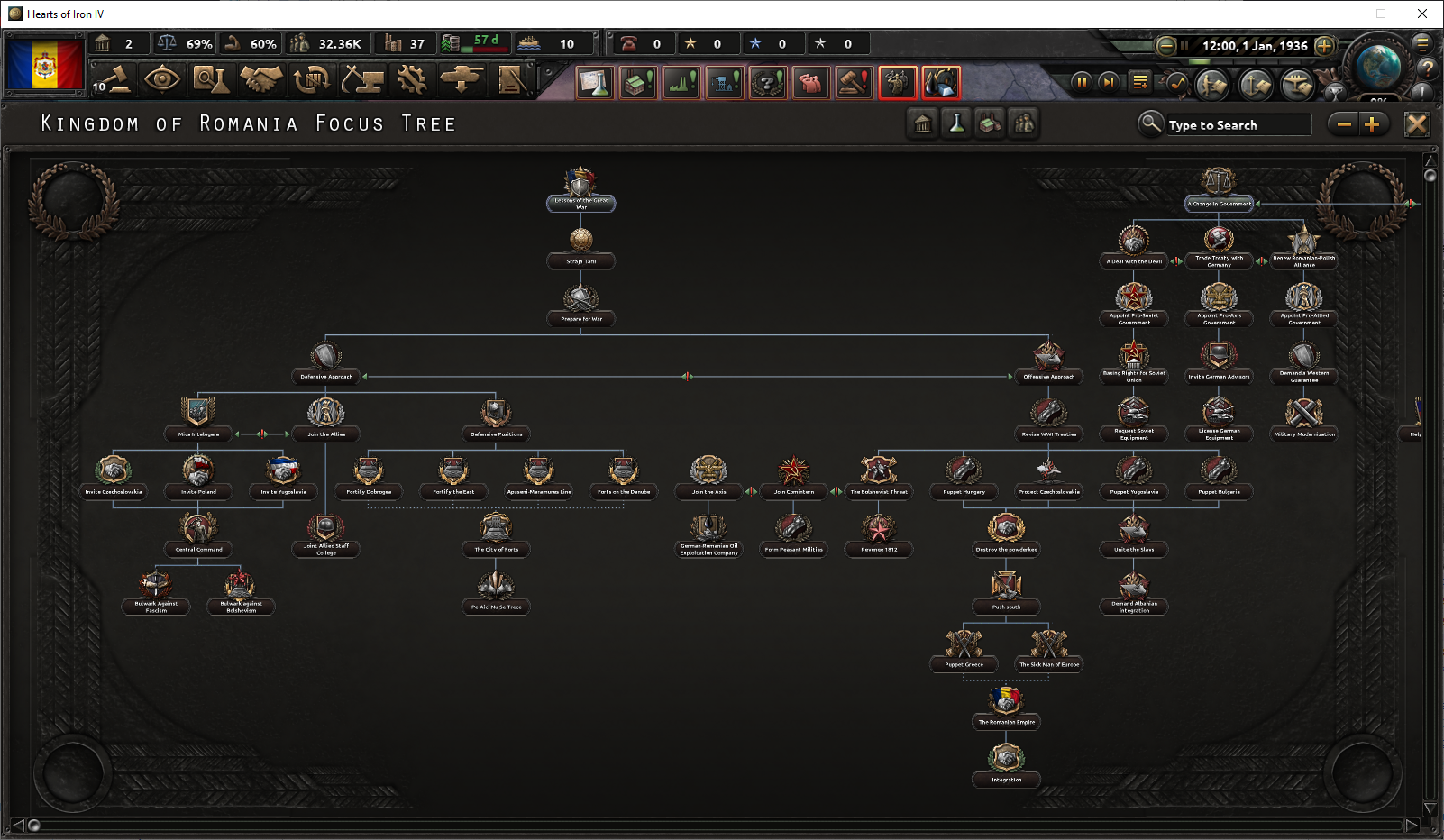 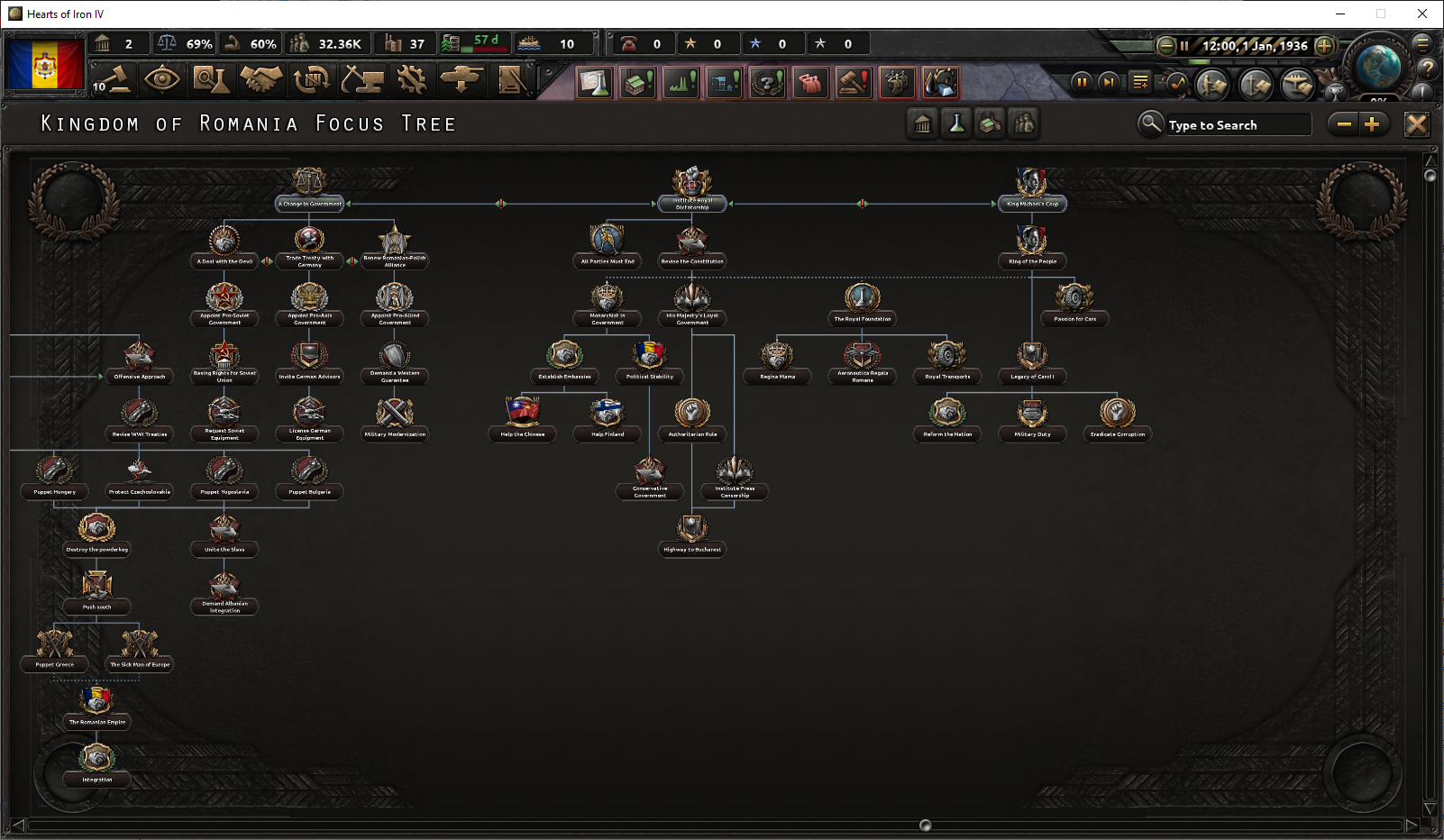