Indie developer Flipply has taken its Endless Racer game to Kickstarter. Race The Sun takes inspiration from "Star Fox" and games like "Temple Run", with a focus on speed and community features.

Flippfly is excited to announce that Race The Sun, our upcoming PC/Mac game, is now on Kickstarter.
Race The Sun could be described as a mashup of Temple Run and Star Fox - it's an arcade-style, endless racer with an emphasis on speed and a unique theme.

The game's alpha demo has already garnered a lot of attention on Kongregate, and from sites such as Rock, Paper Shotgun. Now we're looking for some help to get us over the finish line and add some deeper community-oriented features: 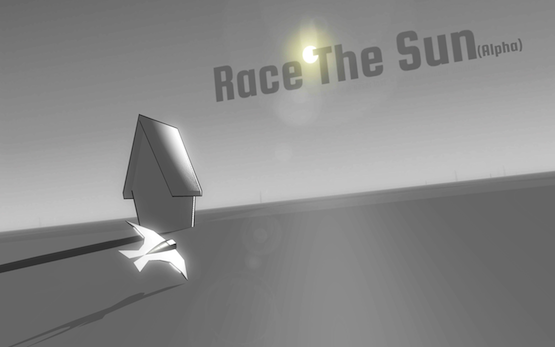 About us: Flippfly is two brothers: I'm a 7-year "AAA" veteran who worked on games like Singularity and Modern Warfare 3, and Forest is a graphic designer and musician who owned a sign shop for years. We quit our jobs last April to pursue creating indie games full-time. Race The Sun will be our first major release.