The results are in from the community vote! Find out what's next.

Thank you to the more than 1,700 of you who voted in the Flashing Lights November and December roadmap poll via the official Discord! We can now reveal the results of the vote.

Based on your votes, we have finalised the full Q4 2019 Early Access roadmap! 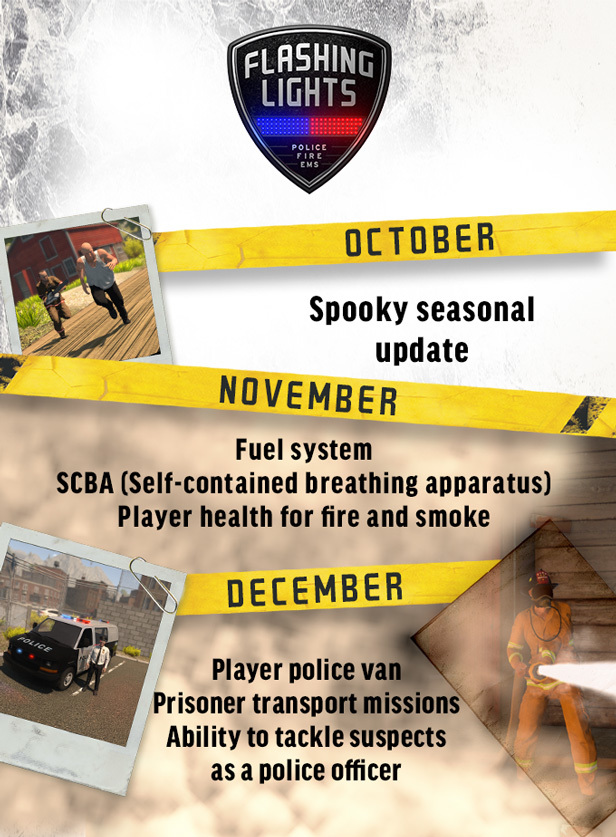 it's been wonderful to get your thoughts on which features are most important to you so that we could prioritise certain features for over the next few months!

If a feature you voted for isn't listed in the roadmap, don't worry! They are all planned features, they just may not arrive in the November and December updates.

Likewise, if your most wanted feature wasn't an option in the poll, that simply means that it wasn't in the scope of the November and December updates. While we can't yet confirm any specifics, we can say that there are lots more updates to come throughout 2020.

We wanted to leave you with one more thing today - a little teaser for October's mysterious 'Spooky Seasonal Update'...