Hello again! Been about a year since I last updated Loot Burn Kill Repeat, but after I played it for a bit again I noticed a quite large pile of things that needed fixing and improving upon, therefore I’ve spent the last 3 months doing so!

(As I mentioned in my previous post, changing stuff in the LBKR code has become quite tedious due to the size of the game, and it hasn’t been any easier now after not going through the code for nearly a year… but I’ve made some good progress on this update though so let’s go through some of the things I’m working on!)

The user interface has been received new graphics, the previously added scroll wheel that was implemented for a few screens sort of broke the flow when navigating the UI, also some window options were not adapted and lost their purpose.

Furthermore I must admit that the last version of LBKR became quite rushed as I had lost motivation to develop the game ( which I believe I wrote in the last post aswell? ) and needless to say, when rushing things, things usually don’t turn out so good.

As can be seen on the attached screenshots, all UI windows are now linked together, all scroll-views now have a scroll bar attached to it to make it more clear that the user can scroll the view. 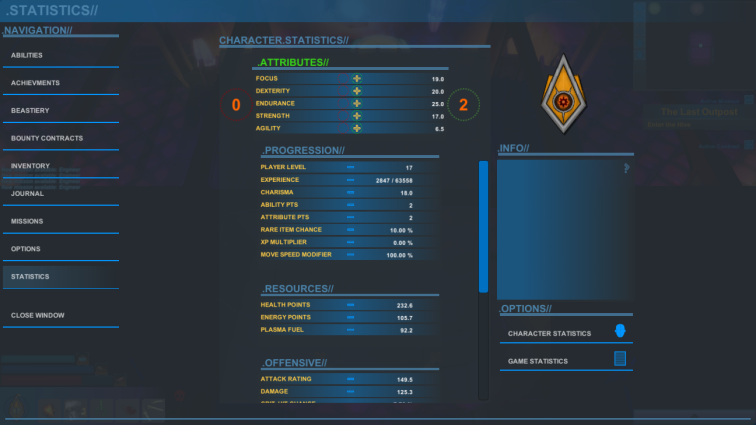 The inventory was changed back to a more classic grid-based style, simply because it was alot easier to fit everything that was necessary into the window, I also wanted to avoid using scroll-views in the inventory as I wanted the user to have a good and easy overview of the entire inventory and equipment window. 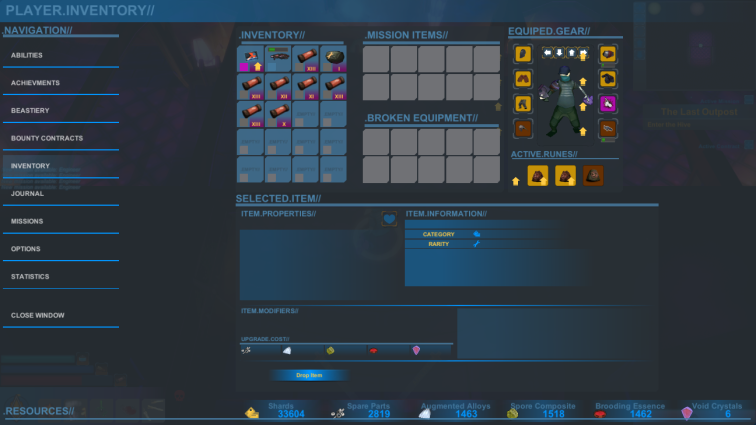 I’ve improved both the HUD message box and the Console window, ui messages now allocate less memory than before, also the behaviour of the message box has been completely rewritten, since it previously would fade in and out quite inconsistently.

The console now print all messages that has appeared since the session began, which could be helpful if the user didn’t manage to read some lines in the message box before they were cleaned up by the message box behaviour.

The console will wipe itself clean when it hits a character-limit and reset itself, although I don’t think this should have much of an impact. 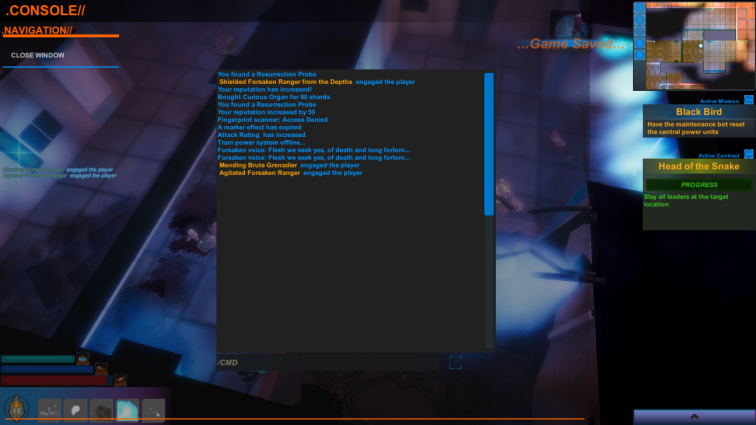 The ‘Item Cache’ object found in the safe zones had a very under-developed behaviour and visuals previously, so the cache has been completely revamped! The user interface is now more in line with other UI elements of the game, also the behaviour has been greatly improved, and all controls for the interface now work more consistent with other inventory-related stuff! 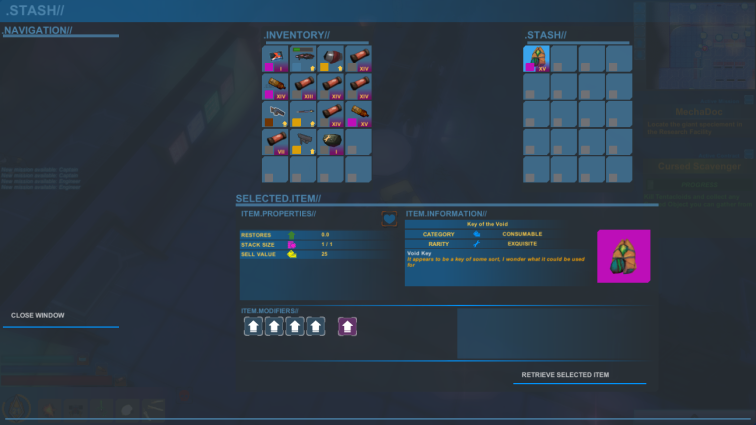 Bounty Contracts window now change the frame-color of the contract entries depending on if they’re empty, has a contract cached or if the user is browsing available contracts. This was done to help the player separate the screens from one another since I found this window to be slightly confusing when replaying the game after a few months of abscense. 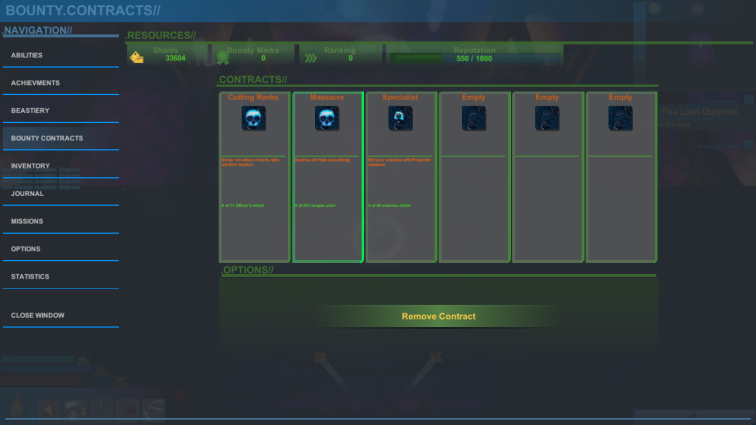 I’ve optimized Map and AI initilization procedures, amongst other optimizations done, although these two are the ones that has had greatest impact on performance.

With that said, map loading has been improved, along with the map loading screen which will now update during the loading process and provide the user with some feedback with what’s going on in the background.

Time that the game spend calculating physics for physics-based objects are now affected by the ”Physics Detail” setting available from the Options menu. This can impact the performance for slower computers though.

I’ve changed the default attack button to the Left Mouse button, since it’s a more standard key to use, this also led to some trouble with the UI. Since any time the user would press an UI element the character would attack- it wasn’t a major issue obviously, but since the UI code was not built around this I had to do some major changes to the UI code for this to work. The result feels good though so I’m satisfied with it, and I hope it might attract more players to the game aswell!

Some features of the Main Menu has been scrapped since I’ve come to see that these will remain out-dated as I’m primarily working on other projects at the time and LBKR won’t be updated too often from now on (or well… from a year ago- and on…), these features include links to the LBKR website (Which will be changed a whole lot within a few months, to make room for other projects!) aswell as the ‘News-Feed’.

Camera Auto-zoom adaption setting is no longer toggled on by default, also max zoom distance for the camera has been increased.

Some new achievments has been added, ”Spokesman I, Spokesman II, Spokesman III” – all which require the user to interact with AI characters and participate in their conversations, and ”Runner-up” which basicly is a speedrun achievment.

Improved item generation for items dropped in Masochist-game mode, they can now be generated with up to 8 additional tiers depending on active Masochist setting.

These are some of the more major changes done for v2.32 of LBKR. Alot more has been improved and changes upon and quite alot of bugs and glitches has been fixed aswell! I will return with more information and a release date for this update at a later time.