In this article we'll talk about the idea behind the bosses in Adrift and an example of a Scavenger build/strategy to defeat the first boss.

If you've watched our videos and seen the boss that's currently in Adrift, you know that it's pretty huge and can't be taken down very easily. We incorporated bosses to challenge the ability of players to adjust their strategies on the fly. Every boss has a different set of weaknesses and strengths, so each one will behave differently from the next. That means, with each new boss you'll be pressed to find new ways of exploiting their weaknesses and destroying them. We wanted to give everyone an idea of what we're going for with boss fights, so without further ado let's run through a scenario where a Scavenger player goes up against the Pirate King boss.

First off, let's take a look at the Pirate King's characteristics: 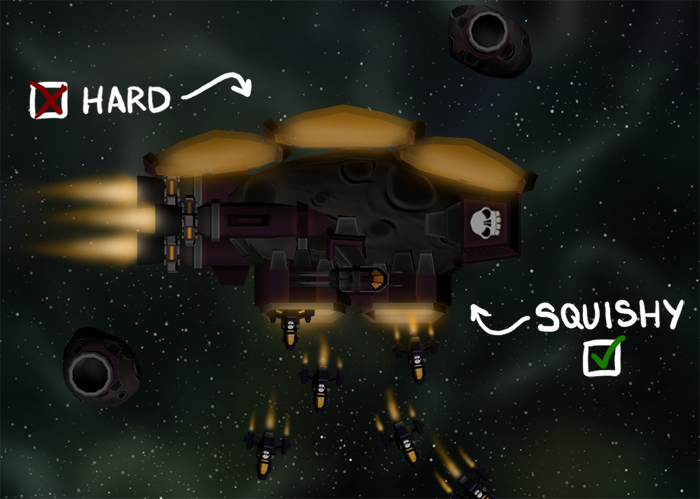 The Scavenger is a fast, close-range class with light armor, so the player has to avoid head-on confrontations. However, the player can take advantage of two of the Scavenger's abilities to defeat the Pirate King, Blink and Mega Beam. Blink teleports the player's ship a short distance in the direction that they are travelling, and Mega Beam does huge amounts of damage for a short period of time. 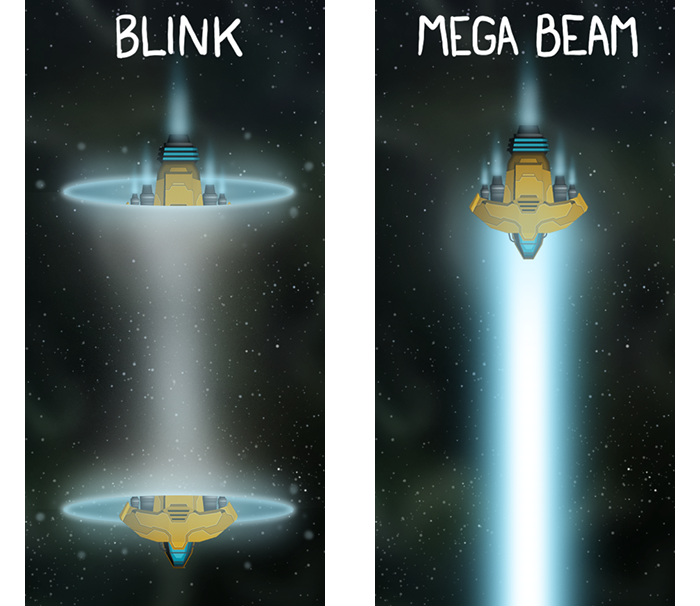 By combining these two abilities, the Scavenger player can exploit the weak side of the Pirate King and destroy it single-handedly. They simply have to teleport to the weak side using Blink… 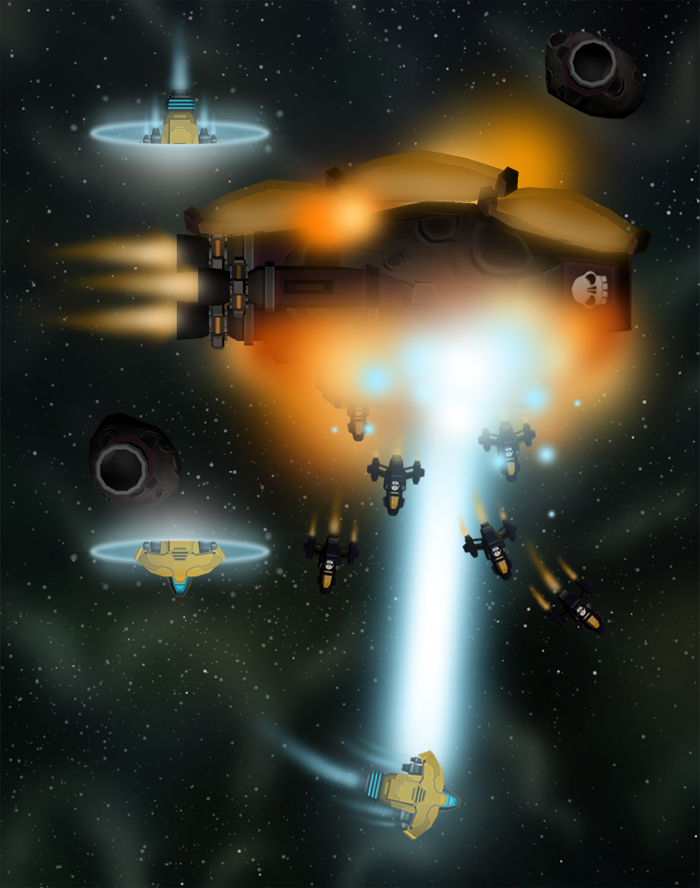 That’s just one method of defeating this boss, other classes or builds of the Scavenger will have to employ completely different strategies to win. As the number of players in your game goes up, the difficulty of the bosses will also increase and your strategy will need to change accordingly.

Thanks for reading everyone!