Field report about WoR's first characters and the enfield rifle.

Hello and welcome to our ninth field report!

Today we’re going to show you the very first characters in War of Rights. They represent a huge milestone for us and the entire team has very much looked forward to the moment the first ones would be revealed to the public (now!). Our character artist, Said, has really been crunching as of late, and we’re extremely glad to have him on our team. We want to have a huge amount of variation of the soldiers in War of Rights - there were extremely many different uniforms in the civil war, too many in fact. This is why we’re going to start off by focusing on the “common” soldiers. In other words, we’re going to begin the huge character creation process by creating the soldiers you were most likely to see on the battlefield. Further down the road, we’ll go into more specialized outfits to create that vast amount in difference as well.

For now though, let me present the confederate enlisted wearing a Richmond Depot Jacket, Style I shell jacket: 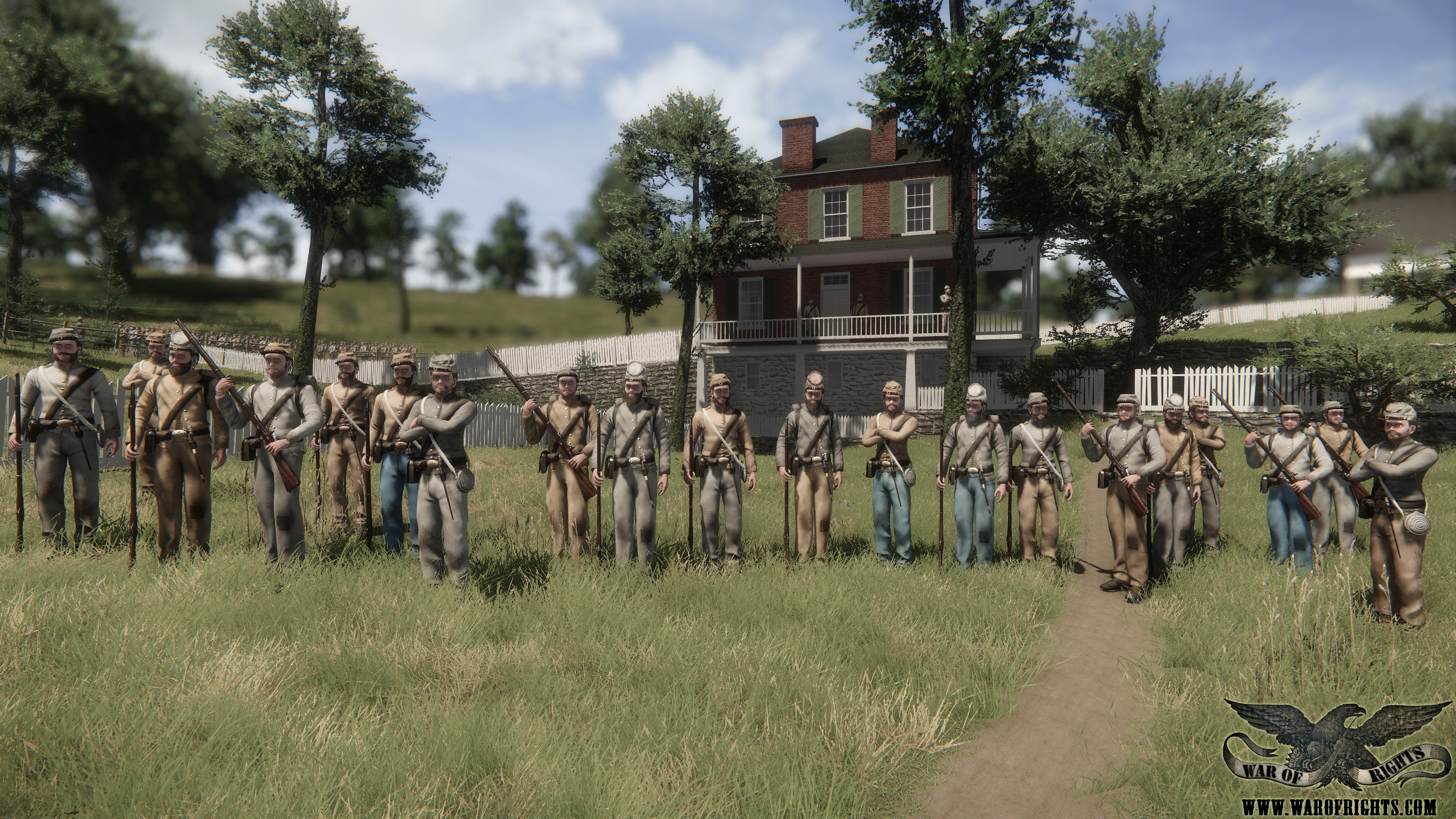 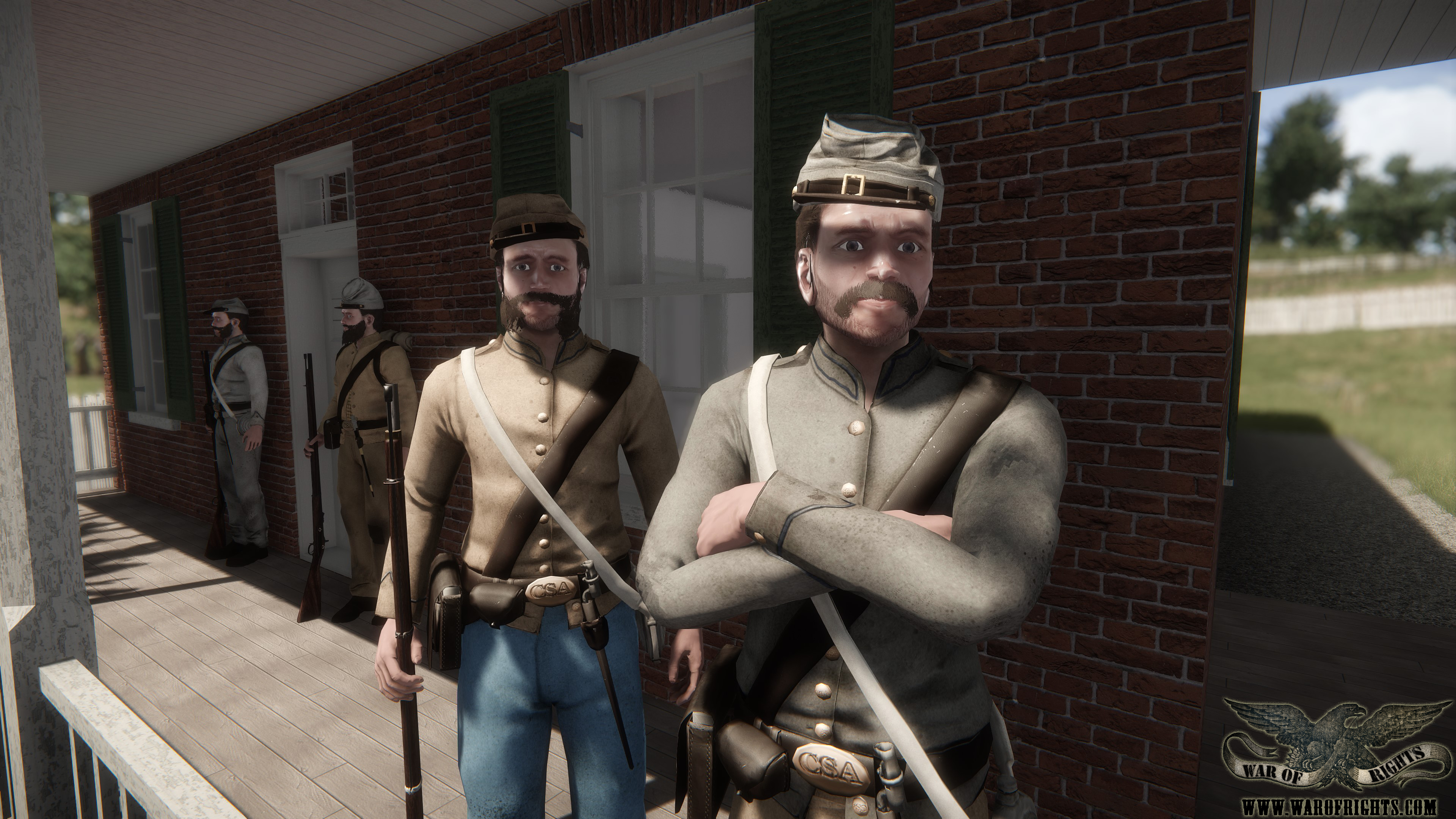 If you look closely, you’ll notice that the CSA soldiers are carrying a new toy; the Pattern 1853 Enfield rifle which Stuart has completed lately: 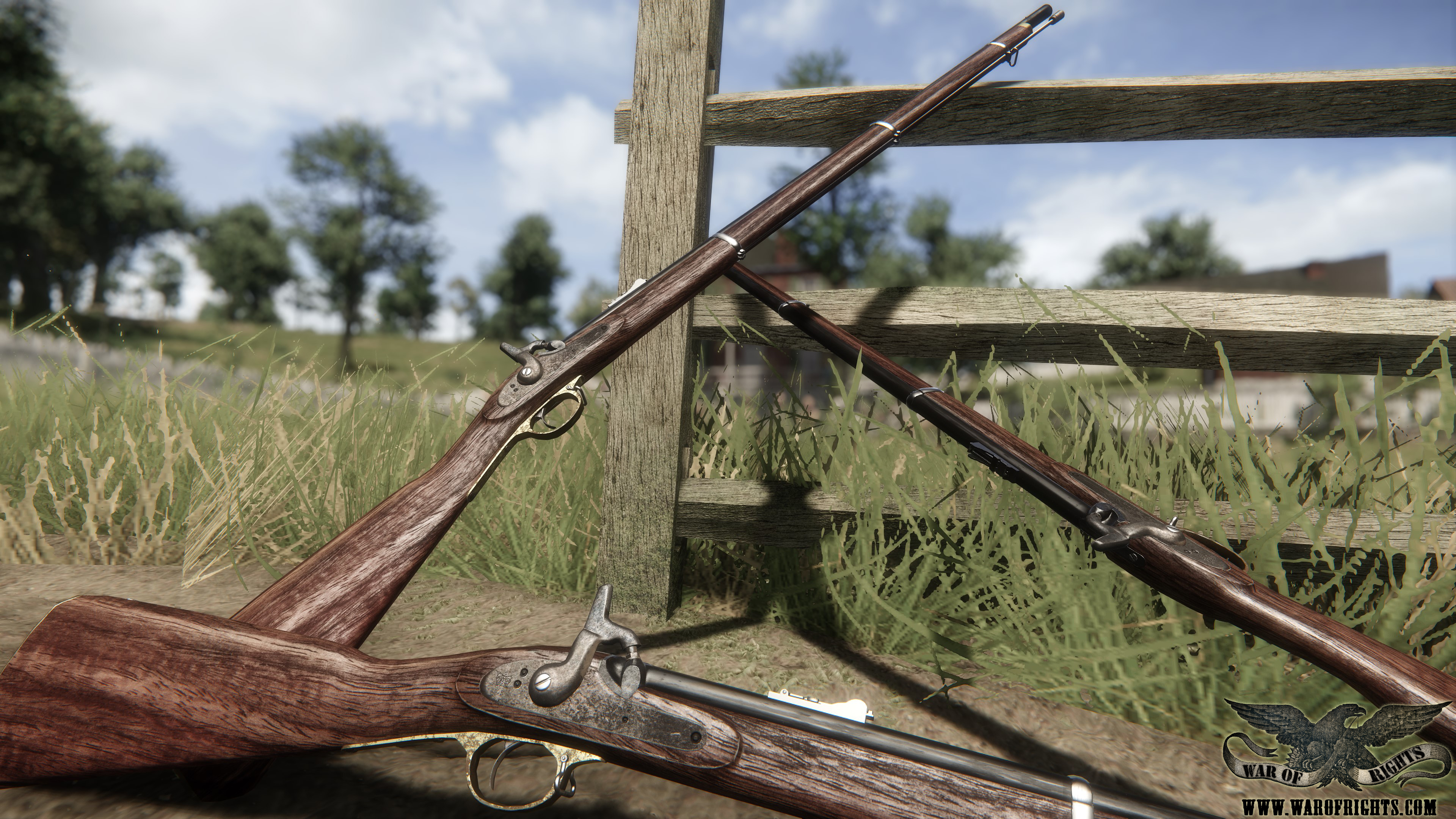 We’ve also expanded the team with two additional members since the last field report; Kyle, an animator currently working bringing our characters to life and George, our very own civil war oracle who has been helping the entire team out to get as authentic as possible.
Welcome to the team guys! :)
Lastly, we would like to inform everyone of a new opening in the team - we’re currently looking to recruit a talented programmer with knowledge of CRYENGINE and C++: Moddb.com

If you’d like to stay up to date on how development is going, you can follow us at:

That’s all for today gents. Have a good one!

niice looks good, it might have been mentioned before, but will there be cav in the game?

That's a lot of facial hair.

The game looks absolutely beautiful!I would of loved to help you guys but I'm only starting with C++

Those eyes... They stare into my soul...