Field report about the release of our technical alpha "The Drill Camp".

Hello and welcome to our twenty-eight field report! 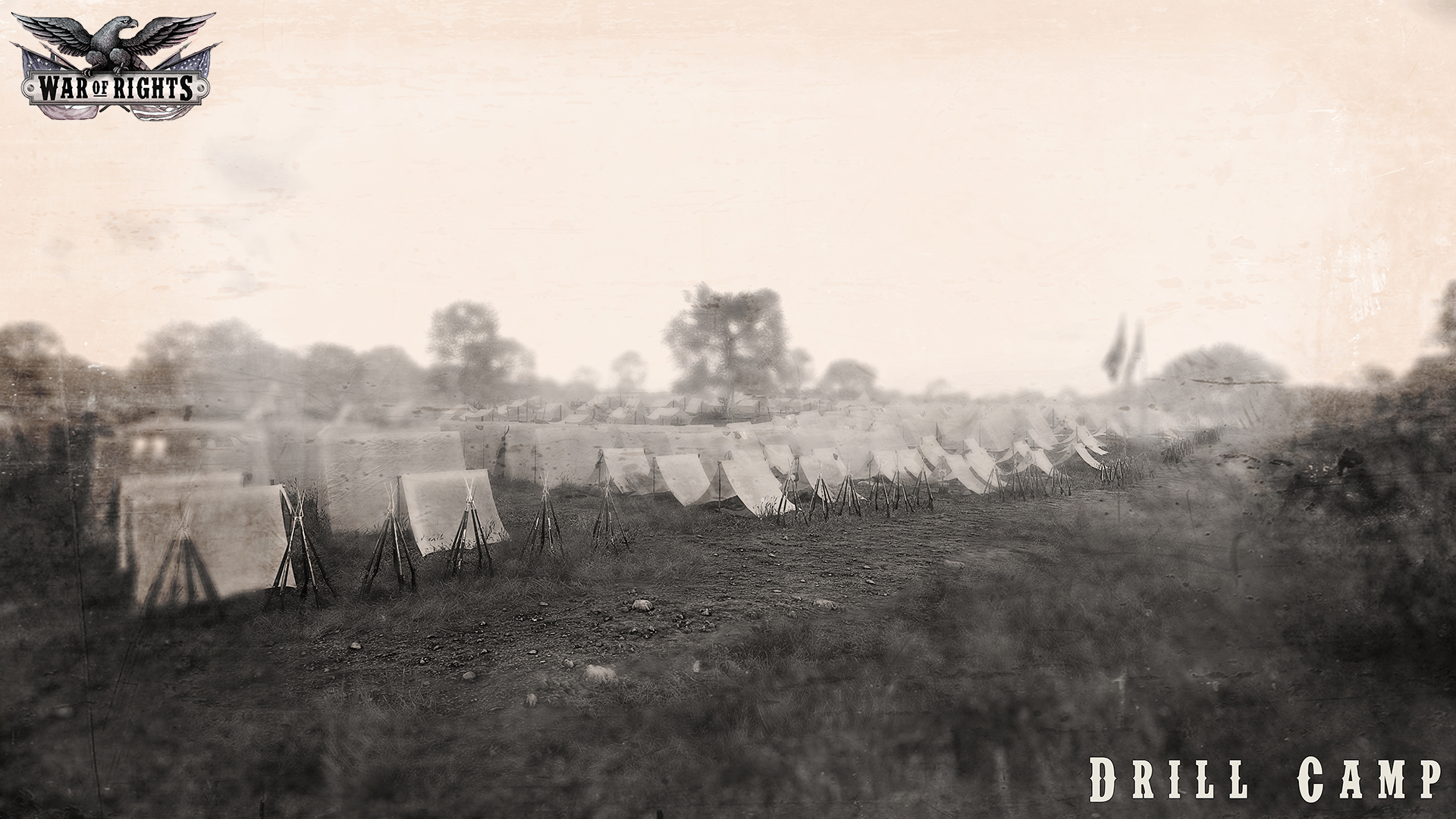 Today, we're extremely happy and excited to announce the release of our technical alpha, the Drill Camp!

All Lieutenant Colonel tiered backers and higher will receive an email containing a key to activate on the digital distribution platform Steam as well as a link to a walkthrough of how said activation is done – so keep an eye on your inbox and make sure to check your Junk/Spam folder too! Backers pledging or raising their pledge to Lieutenant Colonel or higher will receive a key via email moments after their pledge has gone through our system. Pledging can be done at the crowdfunding section of our website at: Warofrights.com.

A new hidden Alpha sub-forum has been added at: Warofrightsforum.com. All forum profiles linked to pledge tiers at Lieutenant Colonel or higher have access to this new section of the forum. Here, you'll be able to post Alpha feedback, submit bug reports or just talk about the Drill Camp activities in general. Once we broaden the access to the Drill Camp to more pledge tiers we will open up the Alpha sub-forum to those pledge tiers also.

The Drill Camp marks the very first public test for us as well as being the first bigger test in general. This is indeed as early a build of the game as we possibly could let our backers test out, so please keep in mind that you will experience bugs, glitches, server instability, poor performance and work in progress content ranging from animations/animation systems, characters, weapons, player classes, firing & melee modes, props, sounds, user interface, etc. (in short, everything!).

Below is a few of the highlights from the very first day of our technical alpha "The Drill Camp". Enojy!

In the first release of the Drill Camp, players will have the ability to play as 5 different regiments (listed below) and 4 different classes (Private, NCO, Flag Bearer & Officer). As the development continues the list of available regiments will be expanded.

The 69th New York Infantry was recruited in New York City as one of the regiments of the famous Irish Brigade, which consisted of Irish immigrants. During the Maryland Campaign, the Irish Brigade was under the command of General Thomas F. Meagher. Leading off the fourth attack against the Sunken Road at Antietam, the 69th New York lost over 540 men in less than 5 minutes. 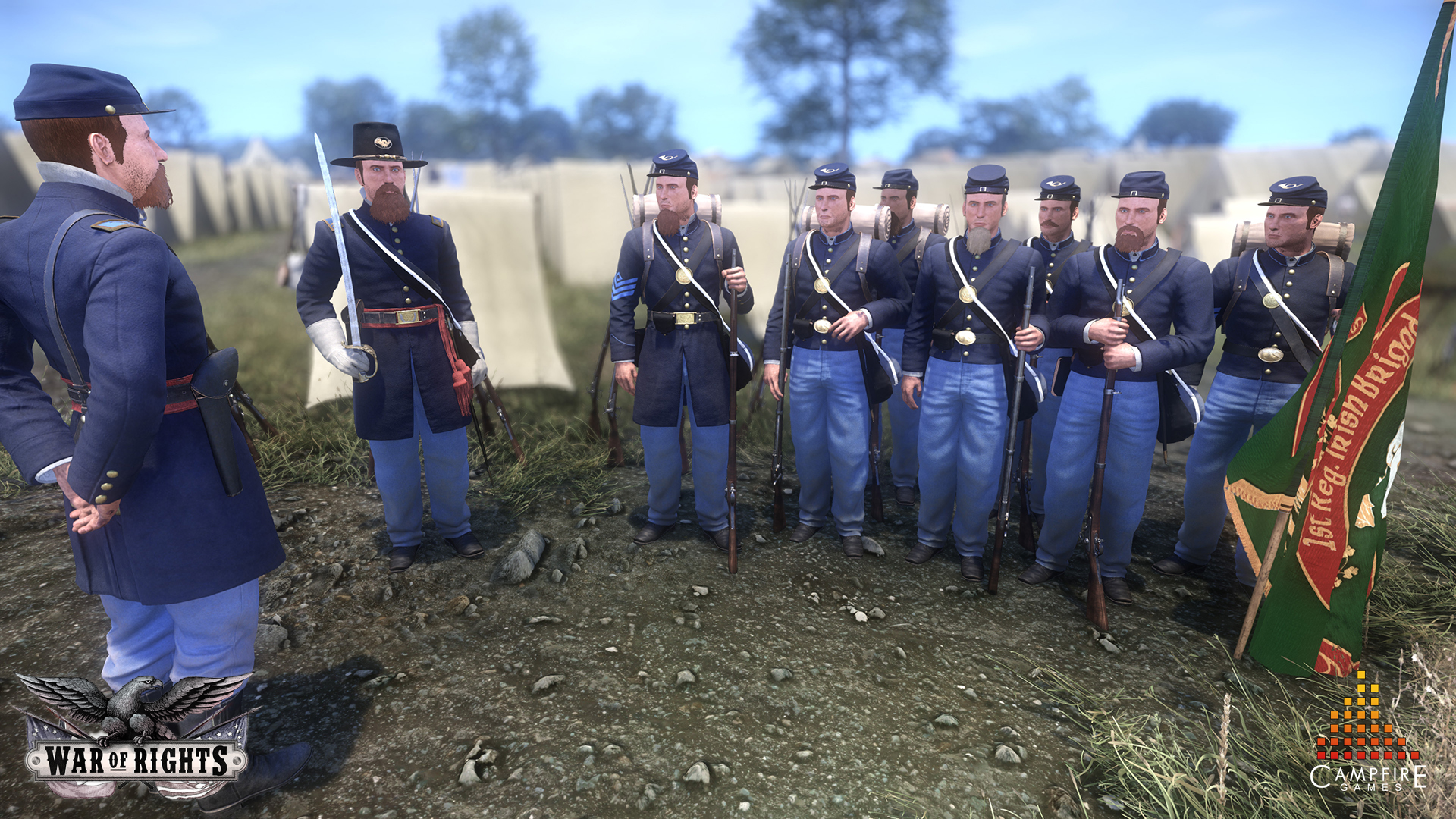 The 20th Maine was organized in the state of Maine and mustered into Federal service on August 29, 1862, just 6 days before the southern invasion of Maryland. During this Campaign, it was commanded by Colonel Adelbert Ames and was held in reserve at the Battle of Antietam. The regiment became famous for its defense of Little Round Top at the Battle of Gettysburg, in July 1863. 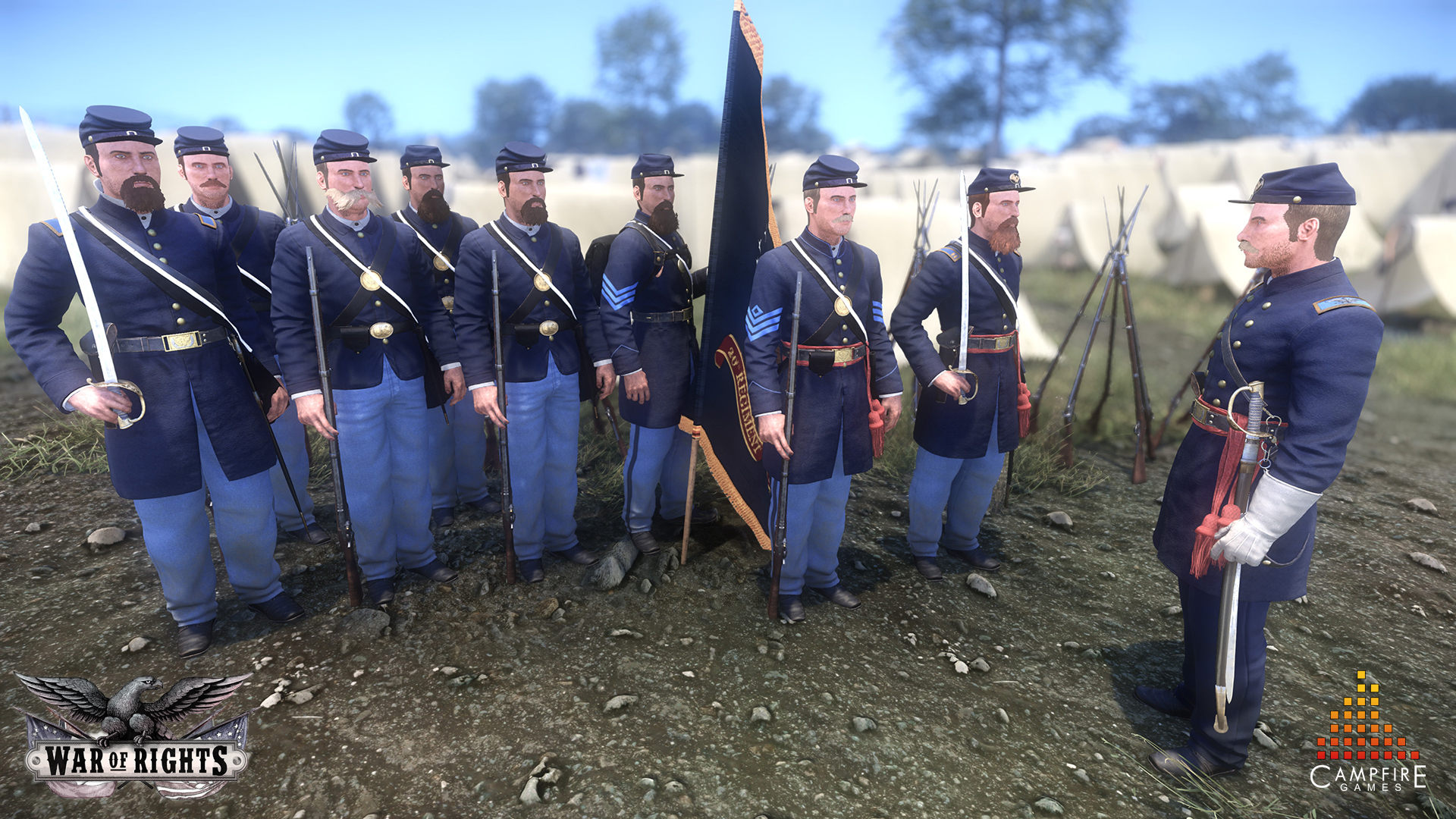 The 6th Wisconsin Infantry was raised at Madison, Wisconsin, and mustered into Federal service on July 16, 1861. It spent most of the war as a part of the famous Iron Brigade in the Army of the Potomac. During the Maryland Campaign, the 6th attacked Turner's Gap in the Battle of South Mountain and then suffered horrible casualties battling the Texas Brigade in Miller's cornfield at Antietam. 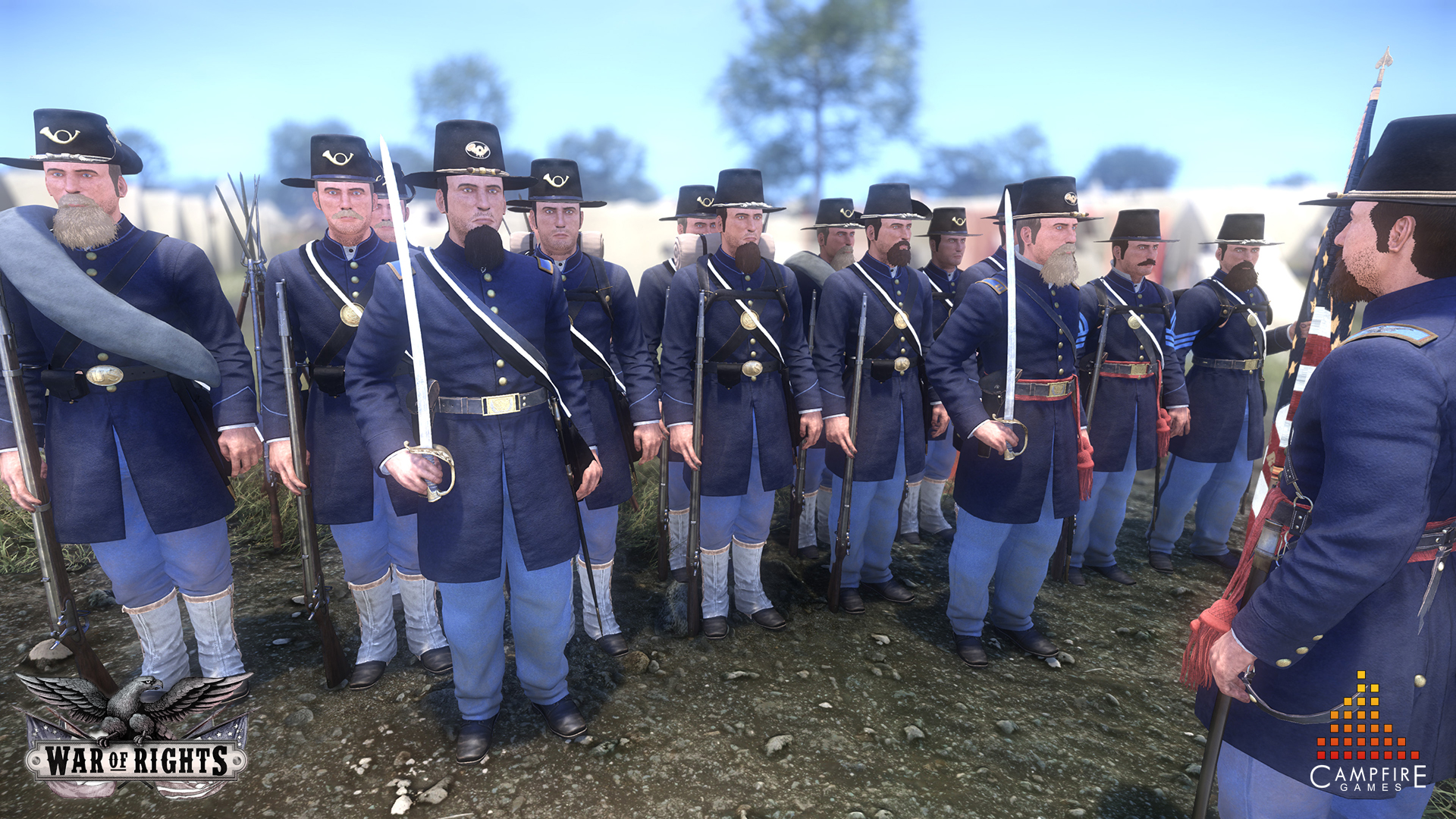 The 114th Pennsylvania started as a small company of men called "Zouaves d'Afrique", which served while attached to other regiments. They were notable for their colorful Americanized version of the Zouave uniform. During the Maryland Campaign, the Zouaves d'Afrique were attached to the 2nd Massachusetts and fought at Miller's Cornfield and the East Woods. 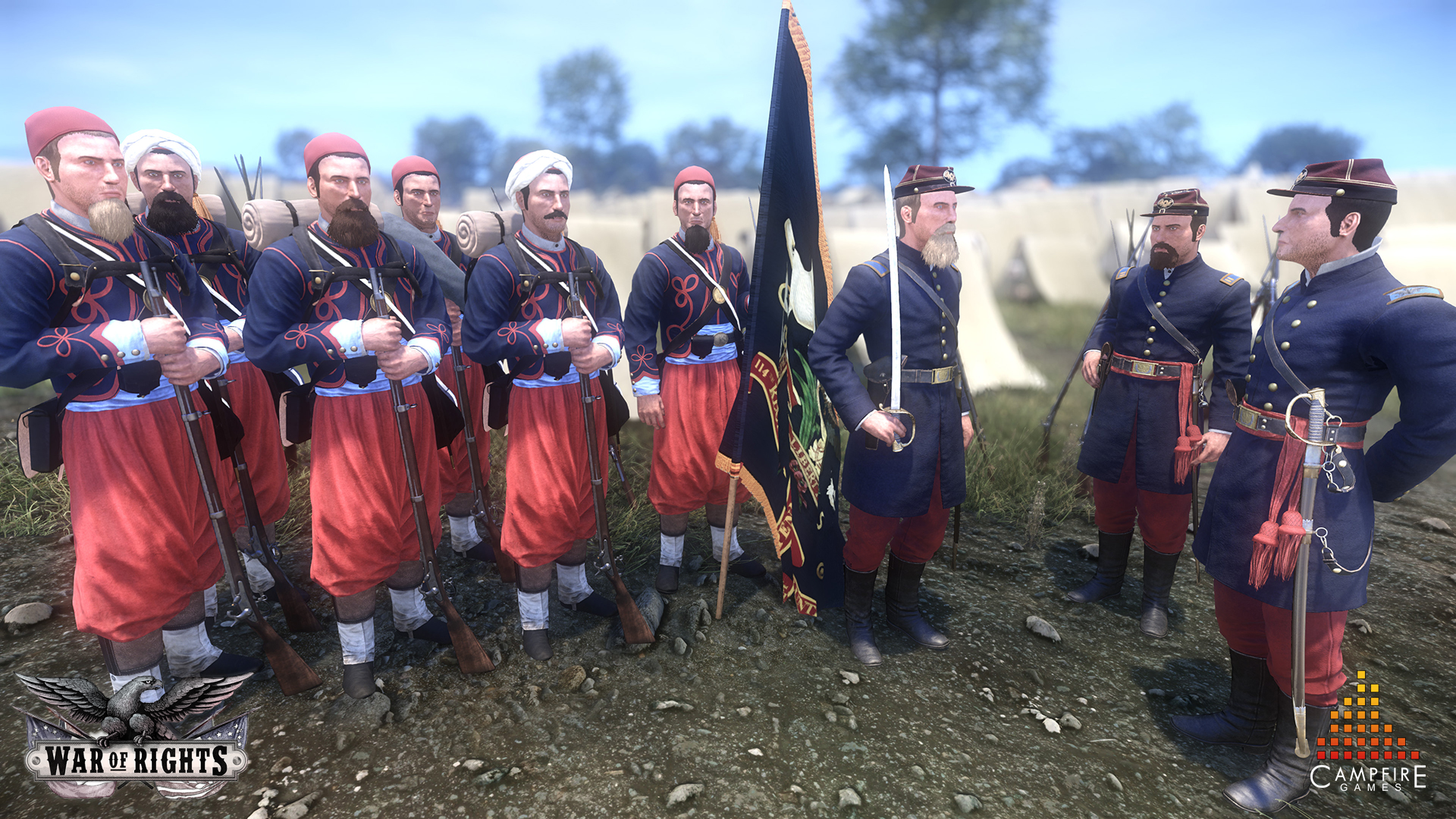 The 2nd U.S. Infantry Regiment was a regular regiment in the United States Army that has served for more than two hundred years. The regiment was assigned to the Army of the Potomac and fought in engagements such as Manassas, Antietam, Chancellorsville, Fredericksburg, and Gettysburg. At the Battle of Antietam, the regulars held the Middle Bridge over Antietam Creek. They advanced towards the Confederate-held town of Sharpsburg late in the afternoon, before being recalled to their lines. 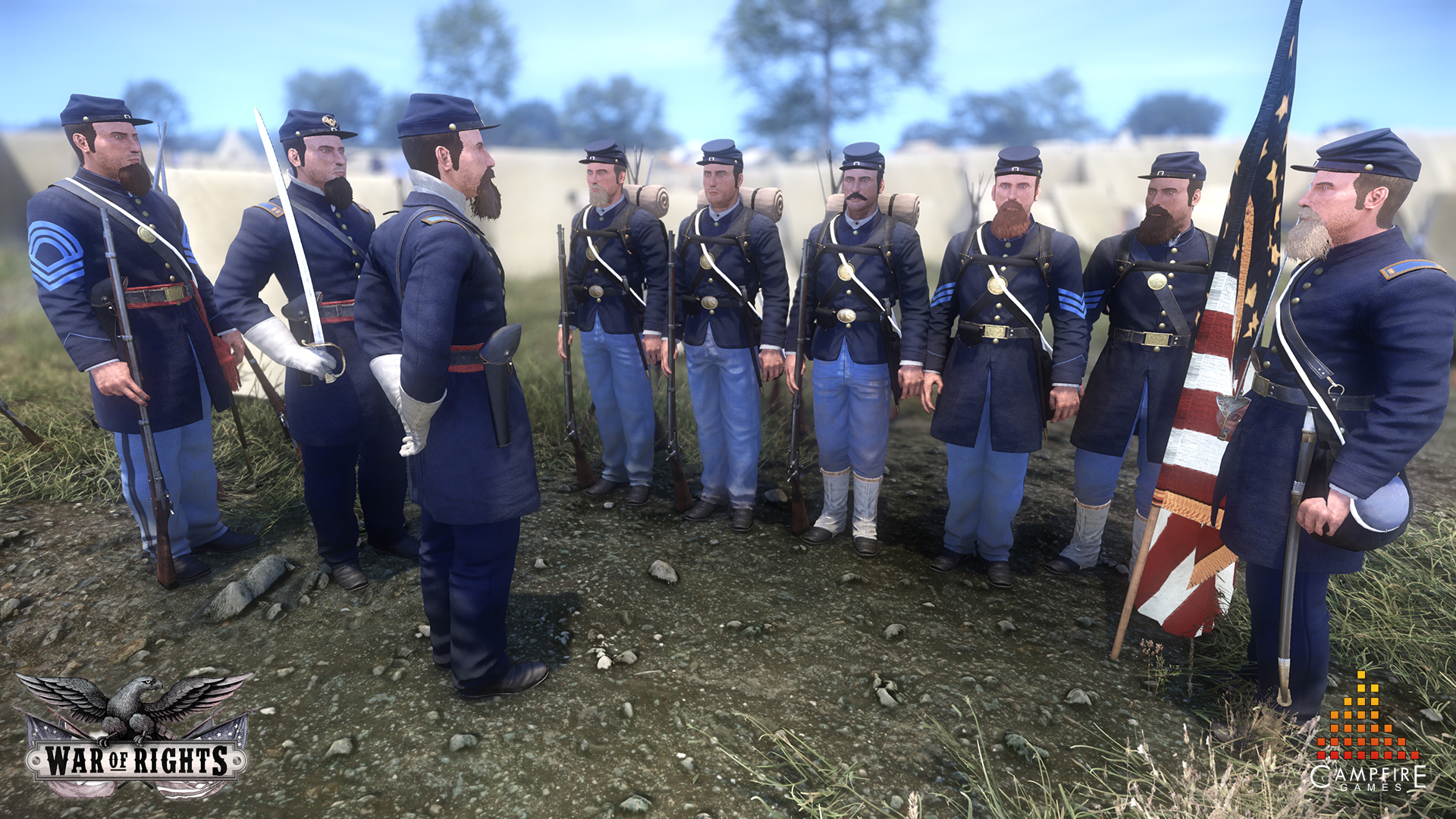 We've already got our sights firmly fixed on the first major update to the Drill Camp: The Confederate counterpart. This update will more than double the playable area as well as add a Confederate drill camp along with 5 playable confederate regiments and 4 classes (Private, NCO, Flag Bearer & Officer) to match that of the, now available, Union experience. This content update will most likely happen at the same time as our Captain tiered backers gets access to the Drill Camp. We'll be talking more about featured regiments and map details regarding the Confederate update in a later field report. For now, here's a small teaser showing some of the Confederate playable area – too bad the cameras back then weren't exactly perfect at capturing vast distances! 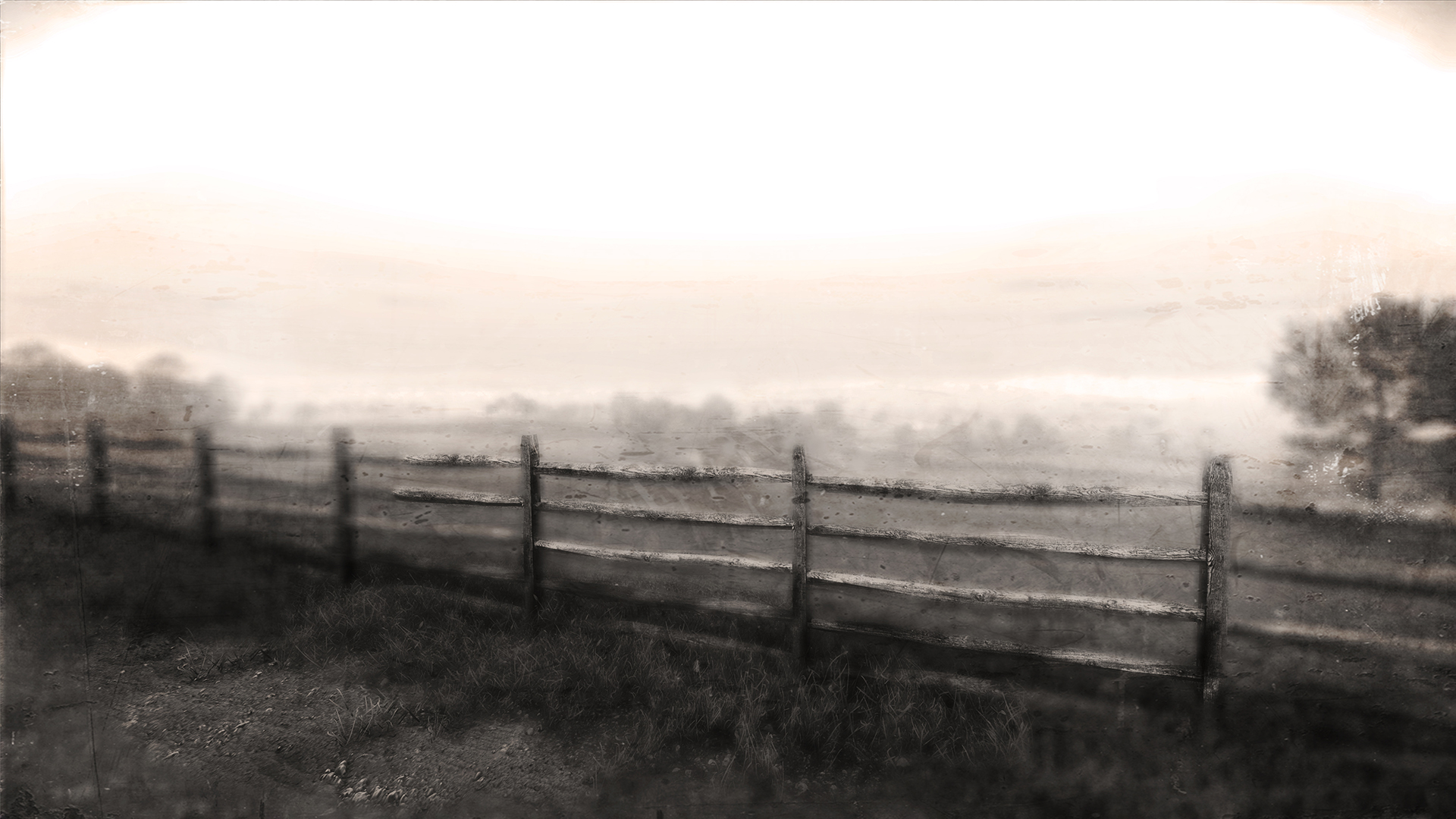 Based off the name of a very popular weapon for marksmen at the time, the Sharps rifle, Sharps Shooters became renowned both in the Northern and Southern ranks. To the north, you had the example of the exclusive 1st and 2nd US Sharp Shooters, under the command and originator of Hiram Berdan. Well known for their green uniforms, they were often outfitted with some of the most advanced weapons of the time, such as the J. F. Target Rifle, the Colt Repeating Rifle, and the Sharps Infantry Rifle. Similarly armed and just as fearsome were the myriad ranks of Confederate Sharpshooters, which were often less formally gathered. In the north, perspective marksmen took part in shooting competitions where they had to shoot within a ten-inch radius on a plate or pie tin. In the South, the marksmen regiments were started in response to the threat of their northern counterparts, and starting in April 1862 several battalions were called to be raised from a selected few within the ranks. Unlike the 1st and 2nd USSS, the outfitting of the southern sharpshooters was rather limited, though some had the benefit of weapons such as the Whitworth, other imports, and those captured from Northern units. Despite such shortfalls, they continually proved the equals of the green-clad northerners, such as with the death of US General John Sedgewick at Spotsylvania. 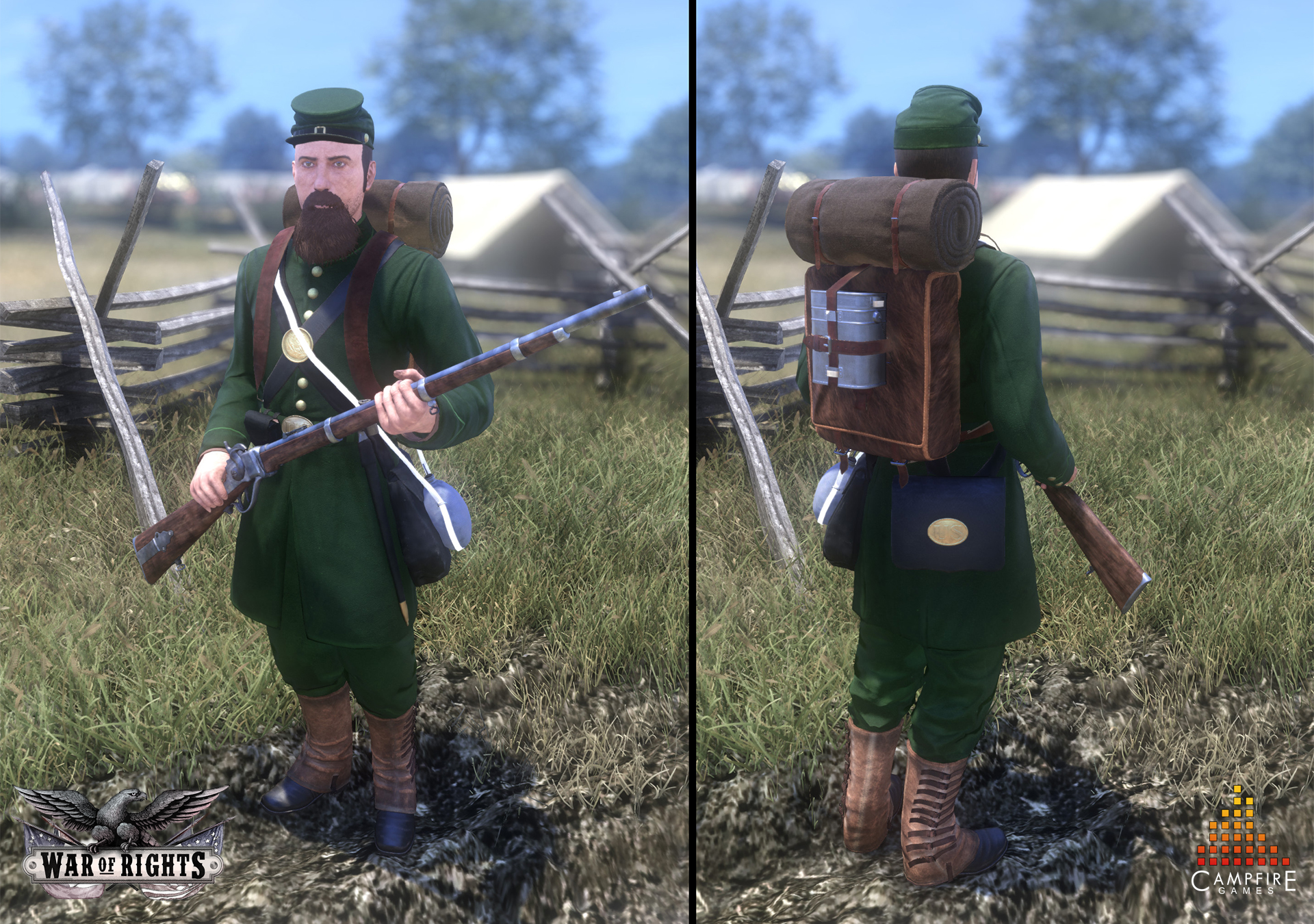 That's all for now. Until next time, have a good one!