It’s been a very productive week for Scraping Bottom Games, and we have gotten even more than we expected done! We have implemented basic audio, added a new feature called the Aegis, and continued work on some 3D assets.

Posted by ScrapingBottomGames on Dec 21st, 2015

But first, we would like to wish you all Happy Holidays. Even the Fictorum is getting into the holiday spirit with a special Christmas Tree spell!
But in all seriousness, we hope that, wherever you end up spending the holiday, it is with people you love. Be safe and enjoy.

Something that was bothering us during testing was that, if we so desired, we could avoid a lot of conflict by skirting towns and camps, by moving directly towards the Nexus (the connection point to other locations in the region). We want to encourage our players to get into trouble with the local populace and reducing a few key structures to rubble. Enter the Aegis: An impenetrable, magical barrier that prevents all passage through a Nexus, effectively stopping the Fictorum progress through the region. Only by destroying the Aegis Shards, housed in nearby towers, can the Aegis be disabled.

Greg and Chip have teamed up to implement audio—this is an important step to our next goal: Alpha and a gameplay video.

Here’s a quick taste of some of the audio we implemented (and yes, the jump sound at the beginning is probably a placeholder …probably).

Leif has been hard at work on our prop kit. Here are a few screenshots of some furniture. We can’t wait to put these in game (and also blow them up)! 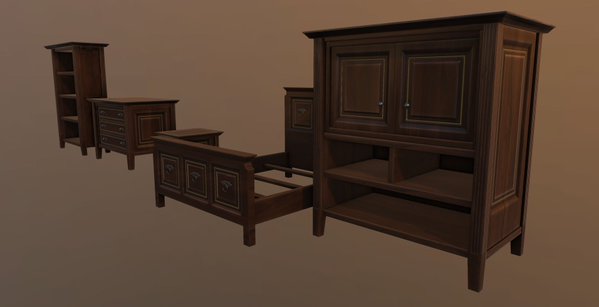 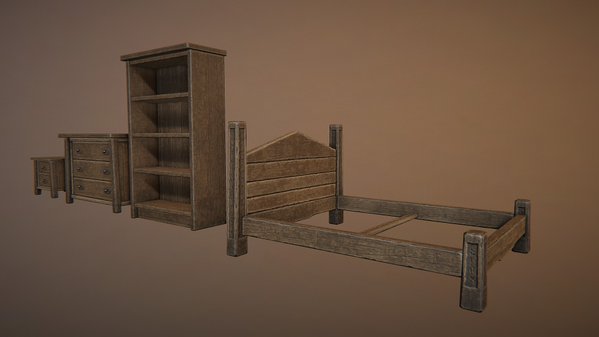 We still hope to get some good progress made, despite the holiday. Here’s what we’re looking to do:

Talk to you next week! Weekly updates can come straight to you via the newsletter below, and we have more fun stuff posted on Twitter and Facebook, so follow and like us on there. Or just track us here!