One more week down as we press into March, our final month of major development until we start prepping for our Kickstarter. Some of the things we’re showing to you this week are our newly implemented Corrupted warrior, enemy weapon improvements, audio for our spell-shaping system, improved building textures, visual improvements to our frozen spear, and a new level. We’re also announcing an upcoming twitch stream!

Posted by ScrapingBottomGames on Mar 1st, 2016

We mentioned in last week’s update that Azima had nearly completed our Corrupted warrior. Over the past week, she put the finishing touches on him and Chip imported him into the game. Utilizing the material editor within UE4, Chip was able to amp up and pulse the character’s subtle, emissive glow, making him all the more eerie.

Prior to last week, enemy melee attacks were inconsistent, and unvaried, and unrealistic. Even if the weapon collided with your character during a swing, there was a small chance that the attack wouldn’t even cause damage. On top of that, allowing for variation of weapon damage from character to character required some pretty involved coding, and we didn’t have any variation as to the weapons used for each character (or the damage that each applied).

After a lot of work and playtesting, we’re really proud of how weapons perform in-game.

This adds much more variation to the types of enemies that the player will face, and, in turn, makes each enemy unique and potentially deadly.

We’ve already spoken in-depth about Fictorum’s Spell-Shaping System, but something that we’ve never really touched on is the audio for the system, possibly because there was none previously! Well, that all changed this week, as Chip implemented audio that is based on the output of the rune used.

You’ll notice that as we shaped towards each of the runes within the shaping triangle, a new layer of sound was gradually added until it had reached its maximum. As the Spell-Shaping System is the most important aspect of our game, we are delighted with how much more mystical and powerful it feels after these improvements.

Leif has made incredible progress on improving our buildings. He’s been specifically focusing on making a smithy, then we’ll be applying new improvements and techniques and assets to all of our buildings.

Here are a few screenshots of his latest work: 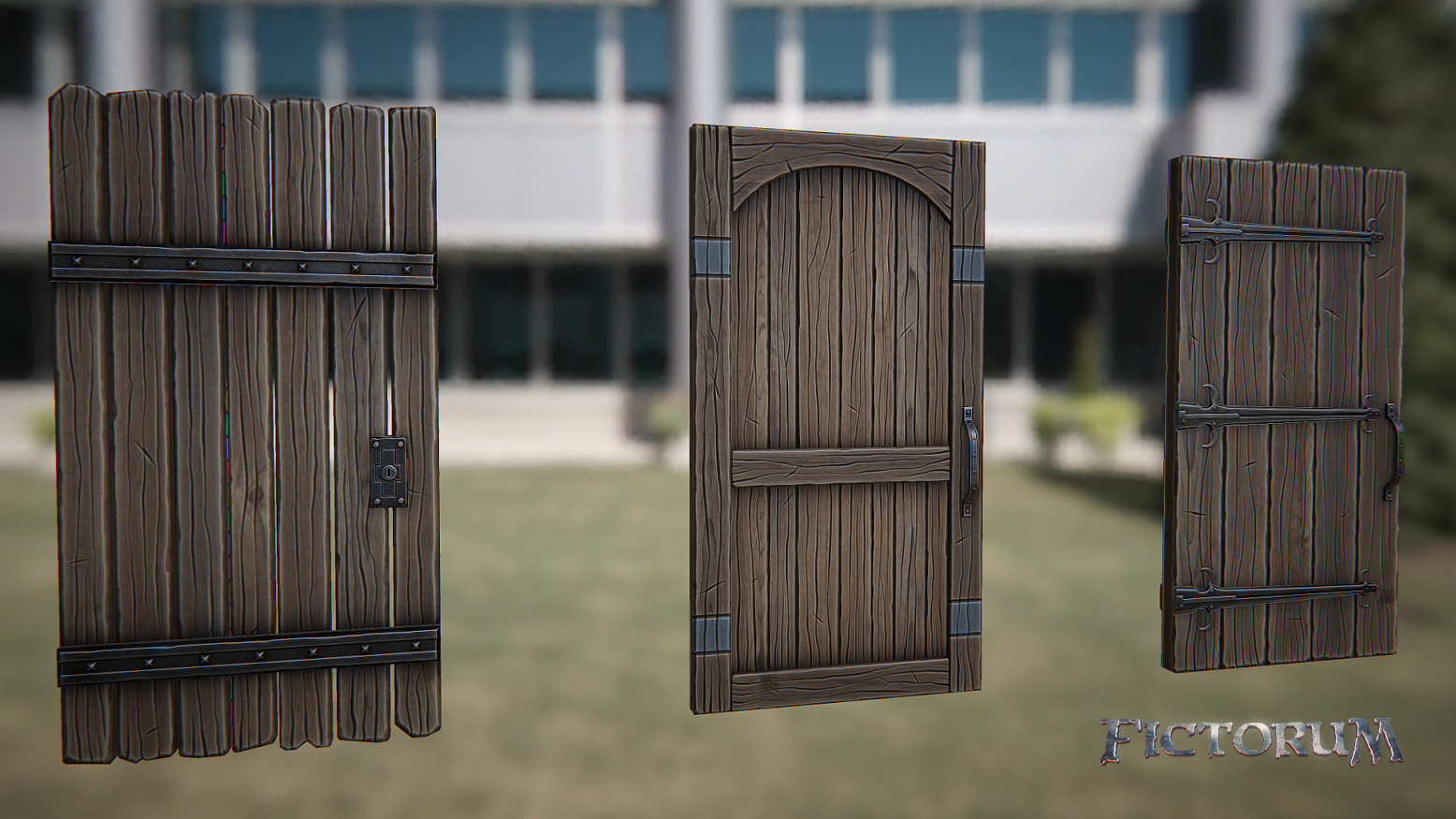 Chip made the mistake of watching the amazing ballista video demo created for the sword-fighting video game Mordhau and realized that our game’s Frozen Spear spell still has a ways to go before we call it done. After tinkering with it… well… perhaps it’s still not quite as good as Mordhau’s ballista, but it’s certainly much closer to what we initially envisioned.

Greg created a brand new level called Desert Castle. It’s surprising that life can thrive at such a desolate location!

We are planning for Tuesday, 3/8 at 8pm PDT on our Twitch channel, give us a follow and tune in Tuesday night. Stay tuned for updates via Twitter and Facebook!

We’re switching things up a little bit for next week. As we’re finishing up more of our features, we’d like to show our game to you via a Twitch stream instead of talking about it in a blog post. The blog posts will return the following week.