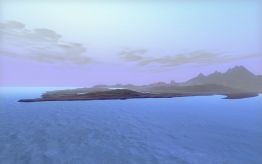 It is our pleasure to bring you this next development update. As is the case with many of the previous updates, there are several topics we would like to cover, from creative content to issues more technical in nature. Our goal is to always be as transparent as possible regarding the development process, as we reimagine the world of Rhyldan.

As we continue with development during this years first quarter no new Additions to the roadmap have been made. We’ll continue to progress on the same planned path for the remainder of this quarter. Because we are all excited, this is the first topic we want to bring to you.

Work to complete goals from the previous year's roadmap continued into the new year allowing us to complete several goals. With so much forward movement it is an exciting time for us and we know you must be as ready to see a development roadmap update as we are to give it.

Updates from the roadmap this past year:

A glimpse at the current roadmap:

A new Roadmap page will be added with the site updates that will contain more detail for this road map as well as additions in the future. The page will be easily searchable as well so you wont have to search throughout older news updates.

The new Tutorial/Starting Island: We are enthused with the progress made on our development server for the new Tutorial Island. Recently, we have completed the final stage of white boxing granting our artists the ability to move forward with the terrain.

They’ve been hard at work sculpting the island's features and completing the vertex painting. Now we have begun texturing the terrain to give it a more natural feeling environment for our players to explore.

Expanding the tutorial region to six areas has allowed us to create a region that will remain an active part of the world in the future. Here on the island players will explore territories

Looking forward, players will encounter a variety of content as we move through build phases. Players can test their mettle and settle scores against opponents in the arena, get their hands dirty on the homestead as they learn farming and hydroponic skills, stroll through the shopping district, or enjoy festival events.

If schedules permit a player could take time to reflect in the halls of the museum whilst being surrounded by history.

Expanding the landmass to multiple areas grants us the ability to use this as the test bed for the main world map. This will allow us to identify additional issues and account for any overhead we may not yet be aware of. Using the Island as our template for the rest of the world we can see where our limitations are and what optimizations and changes are needed. Areas of concern for us are latency issues (lag), area transitioning (zoning) and account stability.

With such a variety of areas, and content planned for the area we have begun to create buildings to represent them. Players will be introduced initially to four new buildings. These will be considerably less temporary and/or industrial in appearance than those currently in-game.

It is our goal to give these assets a more modern and permanent flare that reflects both the humble origins of Terra and the new styles cultivated on Rhyldan. These buildings will be decorated with a host of assets as time passes. Many of which will be of a high tech nature in appearance. We'll continue to update older assets to fit with our new theme.

Our focus has been to create a unified theme that will blend the new assets with those that are currently in-game by addressing issues such as some of the dark almost post-apocalyptic colors and styles. Each Nation will have its own flare that will reflect their uniqueness while still falling into the same style of art.

We do want to let you know that the selection of nation and initial armor will remain in the character creation process; in the future, these will be moved to the island.Once that is brought into the game after the Character and NPC system revamps, you will be able to chose your initial gear while learning the basics that include the differences between each type of armour and weapons.

Like any story, our writers are faced with challenges and unique choices as it evolves. The story of the little planet Rhyldan and humanity is no different. As time has progressed, writers have moved on, and as visions matured the story has seen revisions. In order to ensure the residents of Rhyldan stand the best chance of survival, we’ve altered the timeline of events.

These alterations include expanding to an established colonization time of one hundred and fifty years since arriving. New events and characters have been established in order to make a more consistent and cohesive environment across the world. This timeline lore has been used to shape the visual lore aspects as well. Be it the scarring on the planet's terrain from Star Fall, the hybrid vegetation from debris caches, or the architecture within your cities.

The new Repopulation Timeline for Rhyldan:

As we’ve worked to weave the original lore and expanded together we’ve taken steps to leave the story more open-ended. This will allow for a more sandbox environment in which players who choose to do so can immerse themselves into the storyline. It will be up to the player to write their destiny. What is your truth? Whether you intend to fight the corrupt or be the best villain you can be, there will be a place for you. Rhyldan is meant to be a diverse society thriving on player choice, and we look forward to seeing who you will become.

In order to make these types of storylines possible, we had to examine the current political climate of the story. In a world of all-out war, in such a young stage of development, there wasn’t much to be imagined for the populous of Rhyldan beyond more fighting and decimation of the planet. The very thing the colonist were trying to avoid.

In order to bring Rhyldan to a state of economic and technological advancement more befitting them, we expanded the timeline and introduced a protagonist. With a common enemy, the factions have been given a second chance to grow and expand their story. Our new art along side the old styles will help tell this story.

Rhyldan’s future will be built upon the fragile peace during a Cold War. One where Mnemosynes will now have the freedom to choose their own faction rather than being created as cogs in a war with no end in sight. Will you build a brighter tomorrow for the human race or will you sow the seeds of discord? Only time will tell.

In order to create cohesion between the world and the lore, our team has discussed many things that will need updating. Along with the new additions to the architectural styles consisting of more modern and permanent structures throughout the world, we have begun updating the different emblems and icons.

Today we'd like to showcase the Nation emblems in preparation for their introduction in-game. the first iterations of these emblems will be included with the Island update. The new emblems were taken from references of both of the older ABT versions. These were created to work and look better on the new architecture, as well as being able to create variations to work with other assets such as armour, signs, banners and other such assets in-game.

Turning toward a topic that is technical in nature, we have been looking into the issues with disconnections and missing characters. We have started finding a few issues and are still looking for some extremely tight reproduction steps. A large number of tests have been done, allowing us to narrow down the general cause is in some cases, as well as eliminate what is not part of the issue from the list of possibilities. This process of elimination has also allowed us to discard scripts and some systems that were determined to be of no use. As we progress and narrow down the issues source we'll be able to address the individual cases related to this issue.

When a Character is missing from your list, it doesn’t actually mean he has been deleted, but that something has become corrupted and so the character list skips him. It will also take a longer time to load in to character select because it’s trying to load the character and failing. In some cases we are able to fix the corruption and get him back on your list to play, but this isn’t always possible. The corruption also happens in different areas of the character each time.

Disconnections happen for a number of reasons, and we have cleaned up a few issues with it, but that will continue until other systems are cleaned up too. If you get disconnected and every time you then subsequently try to log in you instantly get disconnected again, log in on another character and let a GM know, we know of a work around that might work, however we do not know the exact cause of character nodes getting stuck on areas yet.

The next patch does have some small adjustments in for time of day too, which should reduce the amount of calls and smooth out going over zonelines a little. Other fixes in previous patches have also helped with zoning.

We have significantly optimized the character selection screen. While it may not seem important, this is an area that should load as any another. We were able to remove over (another) 100 assets that were not seen by the players and replaced some of the old trees with new ones. All of this lowers the draw calls and general overhead, meaning the loading time between Login and Character Select will be reduced. As we continue development, we will still attempt to further reduce overhead with the cleanup of scripting attached to this area.

Last month we had discussed that we will be upgrading our development servers to help reduce the overall development time. This will increase our file management capabilities and enhancement our ability to successfully execute various game update pushes going forward.

Our team is thrilled to report that the new development servers have been built with newer, better hardware. We were then able to update and clean out the database which was being bogged down by 6+ years of revision and file history.

With the new servers built and the major history and revisions cleaned and removed, we will be migrating to the new servers this month. In the meantime, this is not affecting our development tasks for the new island and art.

As February concludes our team is progressing forward in full swing. Our technical staff is working diligently to squash bugs, and keep us moving smoothly. Content will continue to work on several tasks. These include the timeline, supporting stories, area drafts, kiddie drawings, system planning, and Terra Corp. Island content planning. The art staff are busy with terrain, buildings, rocks, and flora.

We want to give one last but very important shoutout:
We owe a big thank you to our GM and QA staff for working with the community and keeping things flowing as well.
It has been a great time and we look forward to bringing you more news soon.

Good to see some progress. See yall in 2022 for the Beta!