Here’s what we’ve been up to:

Started breaking down the weapons into their respective parts ready for our modular system. The new system will allow up to 20 different variations of weaponry across stocks barrels and grips, so as you can imagine I’ve been a busy boy. This also includes blocking out new weapon parts for our grenade launcher and bolt launcher.

Our first few sets of character armor are undergoing some heavy duty work as well this week, so expect to see it enter the game shortly after the new inventory is running smoothly.

Lastly I’ve been setting up improved destruction visuals on our build assets that went in last week, which will hopefully be ready for our next hotfix/build!

Just finished up the high poly model of ‘The bear’ this creature gives you those kind of hugs that are just to die for.

This week I have continued with bug fixing and making optimisations where I can. I’ve also continued with the planning of Allied AI which the player can build and control. This should then allow the player to set up AI Patrols or able to help the player as they explore the world and keep the native creatures in check.

This week I have been working on updating our weapon trace logic so that it's ready for the implementation of different damage zones on AI and players. We are looking forward to the days when we will be able to SMG headshot an Ika in the face. I have also been doing the usual bug fixes. More specifically to to do with foliage (indestructible trees were not a feature) and melee (hopefully no more random one hit insta kills).

This week I have been continuing work on the Allied IKA Drones, setting up their blueprints, attack animations and landing states. This is very much work in progress, they have a tendency to blow eachother up at the moment!

This week I have been working on a load of different systems with the team including a design that consolidates the ways you interact with the world when using the Energy Harness (Right mouse button). It's evident that people always need basic build and resource gathering interactions and so we’re moving those modules/their effects to become a staple part of the Tool itself and not optional Modules.

The real focus has been on looking at how we’ll handle all of the loot drops in the game including items, resources and energy. Our system had become crazily complicated and so we cut it all down into the following categories that we want to implement as the staple interactive components within the world:

This lets us form a foundation for all inventory drops that will be hitting when we release the new inventory system sometime within the next few weeks. This also has some crazy links to player Armour and the Robotic Allies that we want to implement too.
One weird, unrelated question that I want to ask is - how do you feel about certain armor types having HP of their own?

This week I have been working on Modifiers. This is a system that allows for the recognition of a structure so that the appropriate fortification can be selected automatically, this should make fortifying your bases that little bit easier! In addition there will be a modifier for the placement of lights and doors within other structures. I have also been debugging like a boss.

This week I’ve gone to a place that I don’t know where I’m going to. Mysterious things will undoubtedly happen. I am surrounded by colour. There is a vast expanse above my head. All thought has begun to evaporate from my mind. I only seem to think of food and meow. I’m losing touch with Meow meow. Meowww. 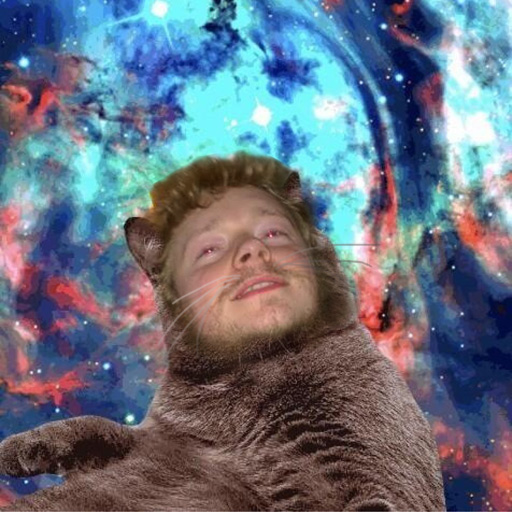 The Inventory is beginning to take shape nicely, so I jumped onto the work needed for the objects that let you interact with it: the Lockbox, the Armoury (crafting station), and the “Lootbag”. Matt has done the models a while ago, and I was finally able to put the objects together and see them working.

On top of that setup I have been making necessary system preparations for the blocks destruction effects update. The blocks’ visuals have already changed twice since those were last touched, so it’s long due. As for the designs John and I have looked into unifying the functionality of the Energy Harness module, as well as making the fortification system much more user friendly in the nearest future.

This week I’ve been working with Matt to finish and refine designs for the grenade launcher and the engineering station as well as start work on the Bolt launcher and the repair station/purifier.

I've spent all week working on removing the red arrow from the Laser Posts. It’s a mammoth task and I don’t expect to get it in until early summer.

Just kidding, I’ve mainly been working with Ricky on the implementation of visuals for the new inventory HUD, creating and assigning various icons, descriptions and shaders. I’ve also looked at HUD graphics for shiny new things such as building Modifiers, the Armoury and the Lockbox, and added holograms for the Industrial Fortifications. Today I’m working on tweaking Tom’s awesome work with the ‘Elephant’ creature (name TBC…).

I often find myself writing the same things (more or less) in the dev blog. However this week, as recommended by the witty Matthew Clark I am going to talk about Knitting and Happiness...apparently.

I know nothing about knitting, but the trick to being happy is fixing bugs, and bugs I be fixing. By finding excellent reproduction steps. Been hunting down those elusive crash bugs this week in particular.