Welcome to the first in a series of feature spotlights in which we will dive into and explore the various elements that make up Arcadia: The Crystal Wars.

The first choice you have when starting Arcadia is determining your starting character. Each character offers unique starting strengths and weakness, as well as abilities that are unique to each species.

Regardless of which species you select, your initial skills and attributes will begin at the bottom. You will enter the world of Arcadia with only a small set of starting equipment and food stores, so one of the first tasks you'll want to undertake is gaining experience!

In addition to the 4 attributes, each character also has 13 skills that fall into one of four categories; Offense, Defense, Crafter, and Worker. 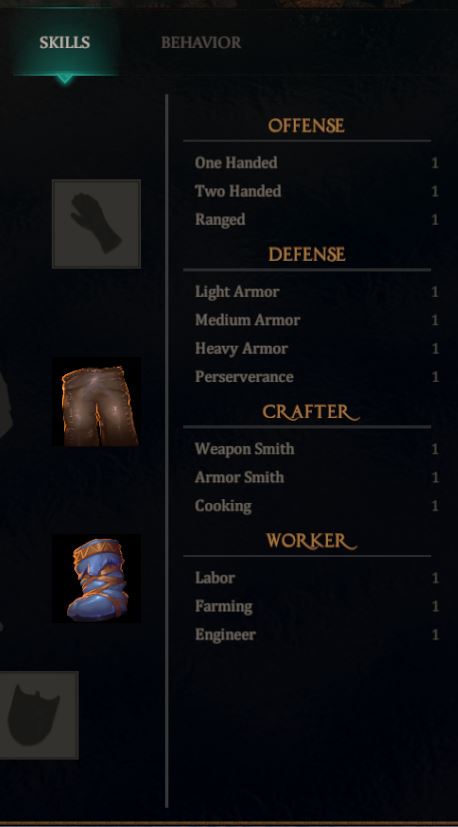 Almost every action taken in Arcadia offers opportunities for your characters to gain experience and increase their attribute and skill levels. Even if a character loses a fight and get's knocked out. As long as they are revived, they will rise stronger, with slightly more Vitality and defensive experience. 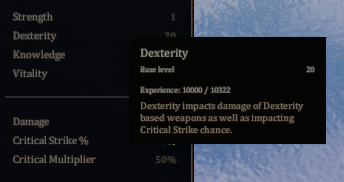 As characters gain attribute and skill levels, they will unlock passive bonuses such as increased damage done, decreased harvesting speeds, or unlocking new crafting recipes. In addition, characters also gain experience in the Combat, Worker, Magic, or Tech talent groups. When enough experience is gained, the character will unlock tier levels within those groups which grant access to powerful Talents.

For example, within the Combat group you will find active use abilities such as powerful AOE attacks or passive bonuses such as bonus to damage done or overall maximum health. The Worker group, on the other hand, is where you will be able to unlock special buildings or crafters such as the Grindstone, which allows the character to upgrade weapons. Other Worker talent choices may include additional crafting options such as the ability to craft Legendary quality armor.

The Magic and Tech talent trees are directly tied to the character's Knowledge attribute. These unique trees offer the most powerful, and dangerous, abilities. While these abilities will certainly turn the tide of any conflict, or unlock some of the most powerful crafting recipes in the game, they also come at great risk of Corruption to the character. More on this feature in future spotlights!

The choice of how you level your characters is completely up to you.

NPCs, including wild animals and creatures, both friend and foe, also utilize this same skill system, gaining levels with every encounter. Pick a fight with a guard and lose? You may gain Vitality experience and defensive related skill points by surviving the encounter, but beware that the guard will also gain experience and power as well.

But do not worry! Right from the beginning you will have the opportunity to start training your character by completing quests, harvesting resources to craft your first pieces of gear, or hunting wild animals in the woods for food to survive. As you progress, you may choose to recruit additional characters, bringing strength in numbers, as well as develop a base to feed, train, and equip your growing faction! We will look at these unique features in future spotlights.

In the next spotlight, we will dive deeper into each of the character types to learn more about their unique history and place in Arcadia.

As always, we want to hear from you! What are some of the features you are most excited about or would like to learn more about?

Join our community Discord and let us know your thoughts as we continue to develop out Arcadia!