We pulled out all the stops to get a good build. If you'd like to give it a spin, you can get from here
Dropbox.com
or
Superhatchgames.azurewebsites.net

The challenge is to defeat the boss on the 6th floor.
Apologies, we only support an Xbox pad at the moment.
Note that there are a few issues if it's not played in 16:9 aspect ratios.

Here's a photo of our set-up, Flamingo's and all!! 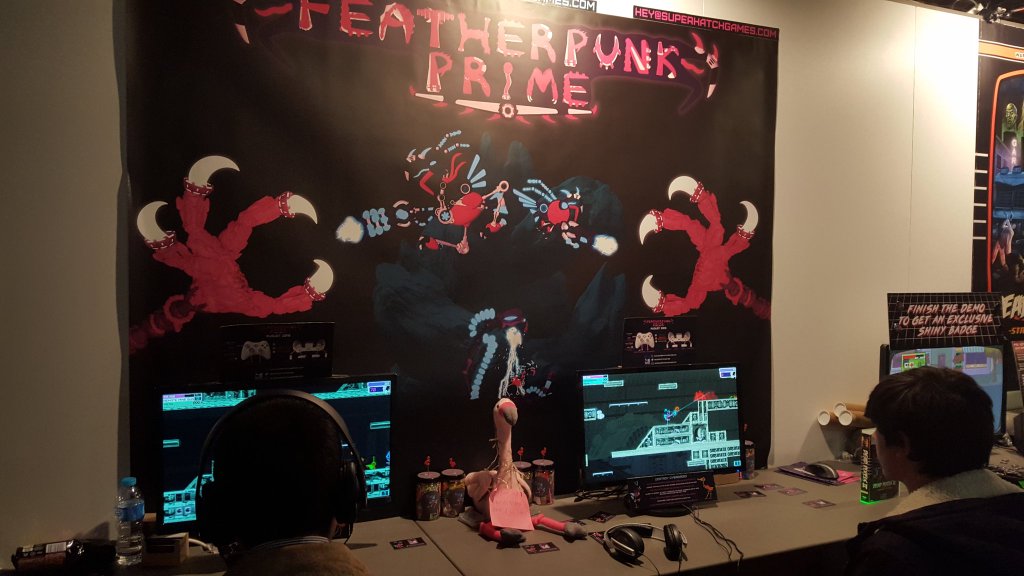 The feedback from EGX Rezzed (in London) was great; overall people seemed to really enjoy it, some people even came back for all three days to play it!

We've been struggling to get the game in front of people and getting feedback, so this was really good for us.

Some things we learned:
- Some tips and tricks for shows
- Improving the tutorial sequence
- Ideas for different control schemes
- New ideas and tweaks for enemies and weapons

Some mistakes we made:
- We made it too hard! Hardly anyone saw the boss in the demo, and only ONE person defeated it!
- We missed a few bugs which got in way of people's experience, though thankfully they were quite rare/unlikely 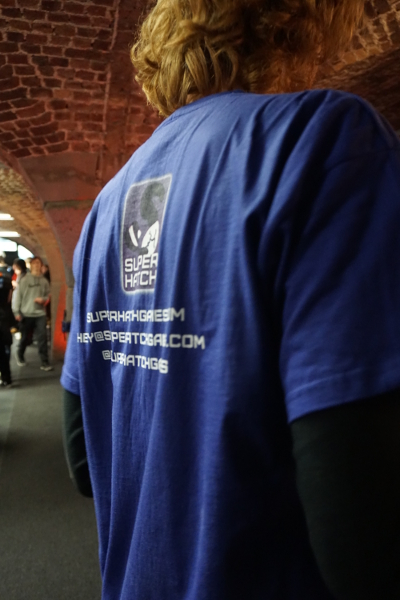 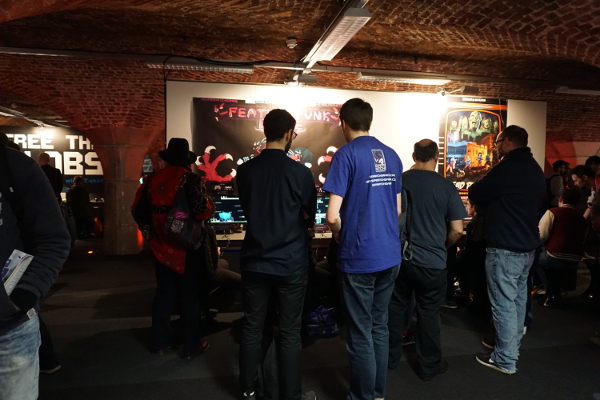 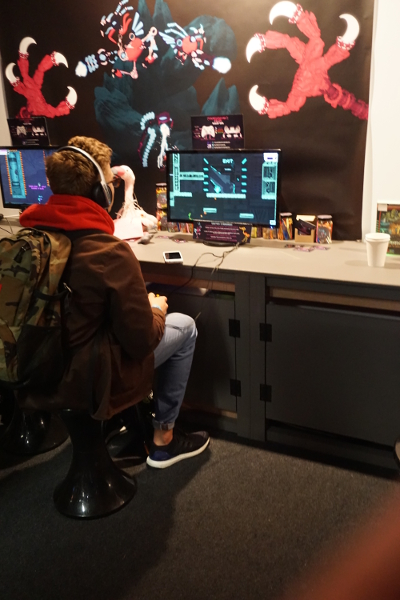 Some of the things that we added to the Rezzed build:
- Some kickass music from the musicians we are working with
- Loads of new sound effects
- Completely re-working on Training Room visuals
- New traps, biopods which can be found littered around the levels
- Re-worked some enemies
- A million fixes and tweaks
- Optimisations to get that frame rate up

We're still going on Greenlight if you like what you see, please give us a vote:

Thanks, that's all folks!