Featherpunk Prime Project Update #1. Selected as 1 of 51 British Games to Look Out For in 2016, by Kotaku.

Bosses
We have recently been integrating the final (ish) assets for one of the bosses. Phew, that took longer than I thought! I think it's working really well though, we'll show you a sneak peek of it shortly!

Combat
We've been busy working on the combat design, looking at some solutions for some common annoyances that player's come across. It looks like we've resolved most of the issues now and the games is feeling really good!

Kotaku
Featherpunk Prime was selected as 1 of 51 British Games to Look Out For in 2016, by Kotaku! It's alongside so many great looking games such as No Man's Sky, Heat Signature, Lumo, Maia and Hue.

Check out the link below: 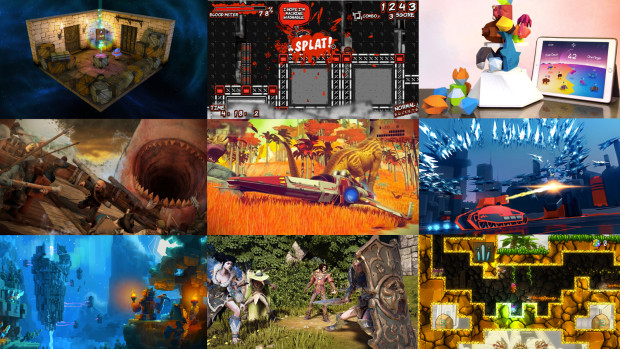 Environment
We've also been looking at the environment, we've had a lot of feedback that it was too busy before, with all the animation on the fans, pumps and cylinders etc. So we've addressed this with less distracting visuals, but also darker; Featherpunk Prime is a challenging game and the new style we feel should re-enforce this!

We've also been busy designing some new floors and backgrounds in the new style. Below is a sneak peek at a new background: 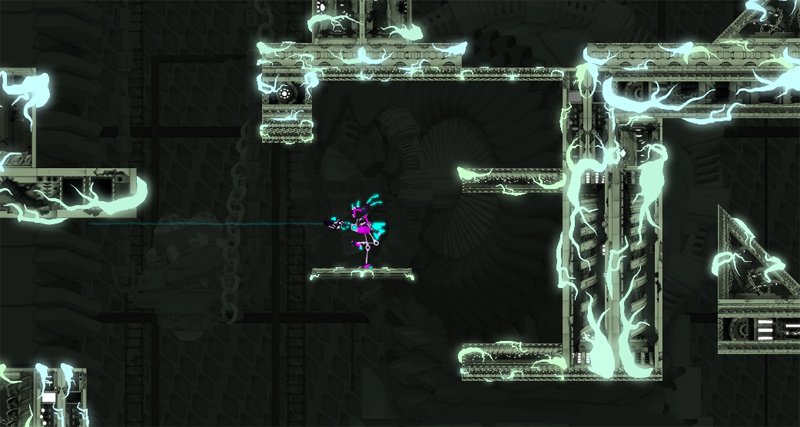 Here's a close up of the star of the show, the Robo-Flamingo, who you play as:

Hazard and traps
Next tasks are to add more variety to each of the floors, we've got some cool new mechanics we are currently prototyping that we think will really improve the game. We'll perhaps talk about this in the next update.
We've also been integrating some of the final assets for traps and hazards that you encounter, and Item Eggs, which hold useful items, that will appear on some of the floors.

Here's a sneak peek at your companion in the meantime, you can upgrade your their stats and skills, just like the Robo-Flamingo. He flies close to you, providing added firepower.

BaseHub
We've not talked about, what we call the 'BaseHub', which is the bottom of the tower, which becomes a little like your base of operations. -A safe-haven from the havoc above. Here you can see the teleporter, which comes in very handy when you get low on health.

EGX Rezzed Expo
We're also starting the first preparations for Rezzed in April. If there is any press that would like to have an interview with us, we'd be more than happy to!

That's all for now. Looking forward to updating you with more soon!