Steam user GERSillySausage has been positively churning out some really nice fan art. Here are some of my favourites.

Steam user GERSillySausage has been positively churning out some really nice fan art for Airships: Conquer the Skies. Here are some of my favourites, displayed with his permission. 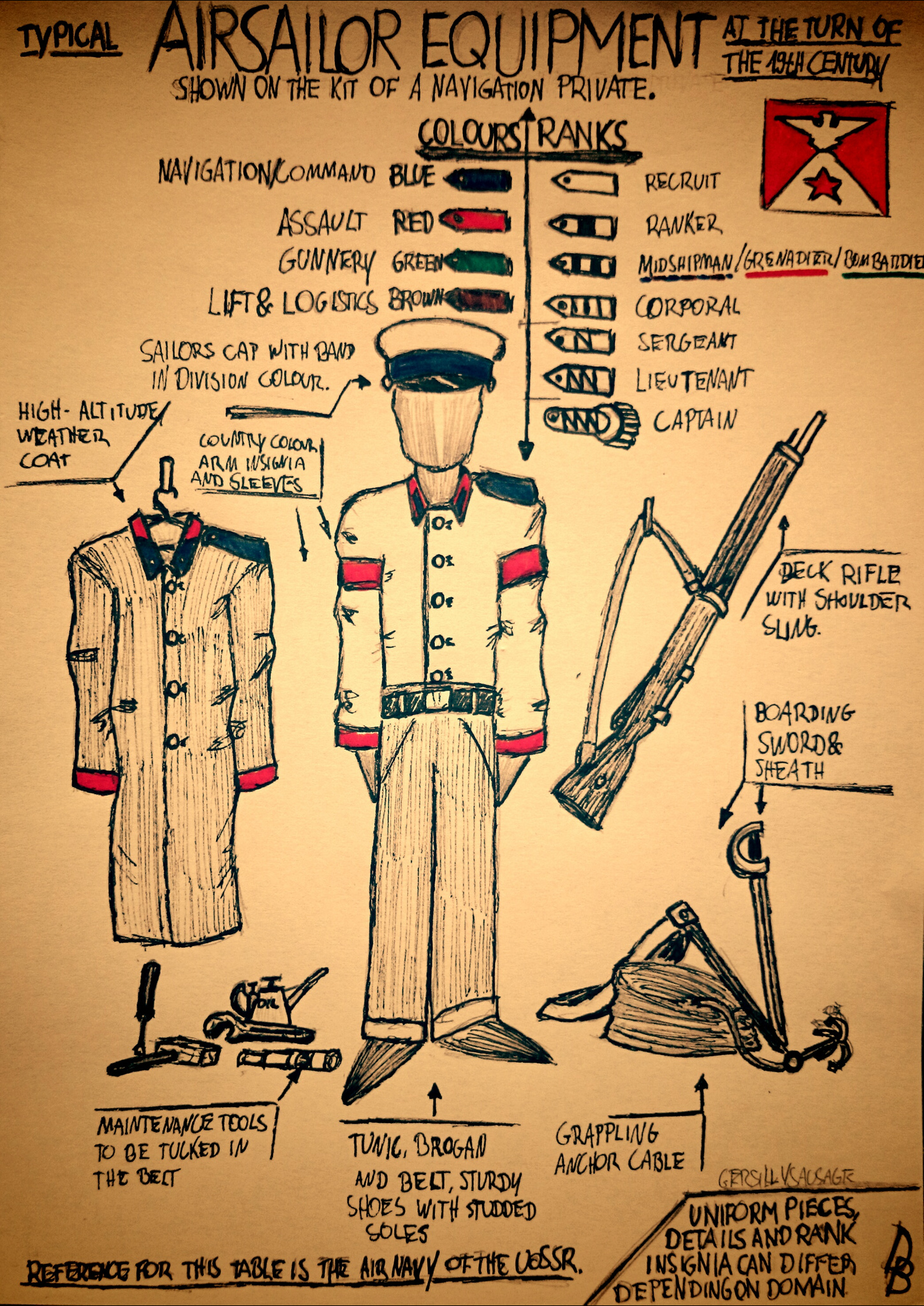 This one resulted from a slight miscommunication - I mentioned Suspendium wasps, and actually meant a kind of living creature. But this robotic interpretation with the old-style camera for a head is frankly amazing. So, Zarkonnen told me the other day that he wanted somebody to draw Suspendium Wasps, and after sobering up I decided to draw a seasoned Air Marine stabbing one of the dastardly things. I don’t know what dimensions he had in mind, but this is my rendition for now. 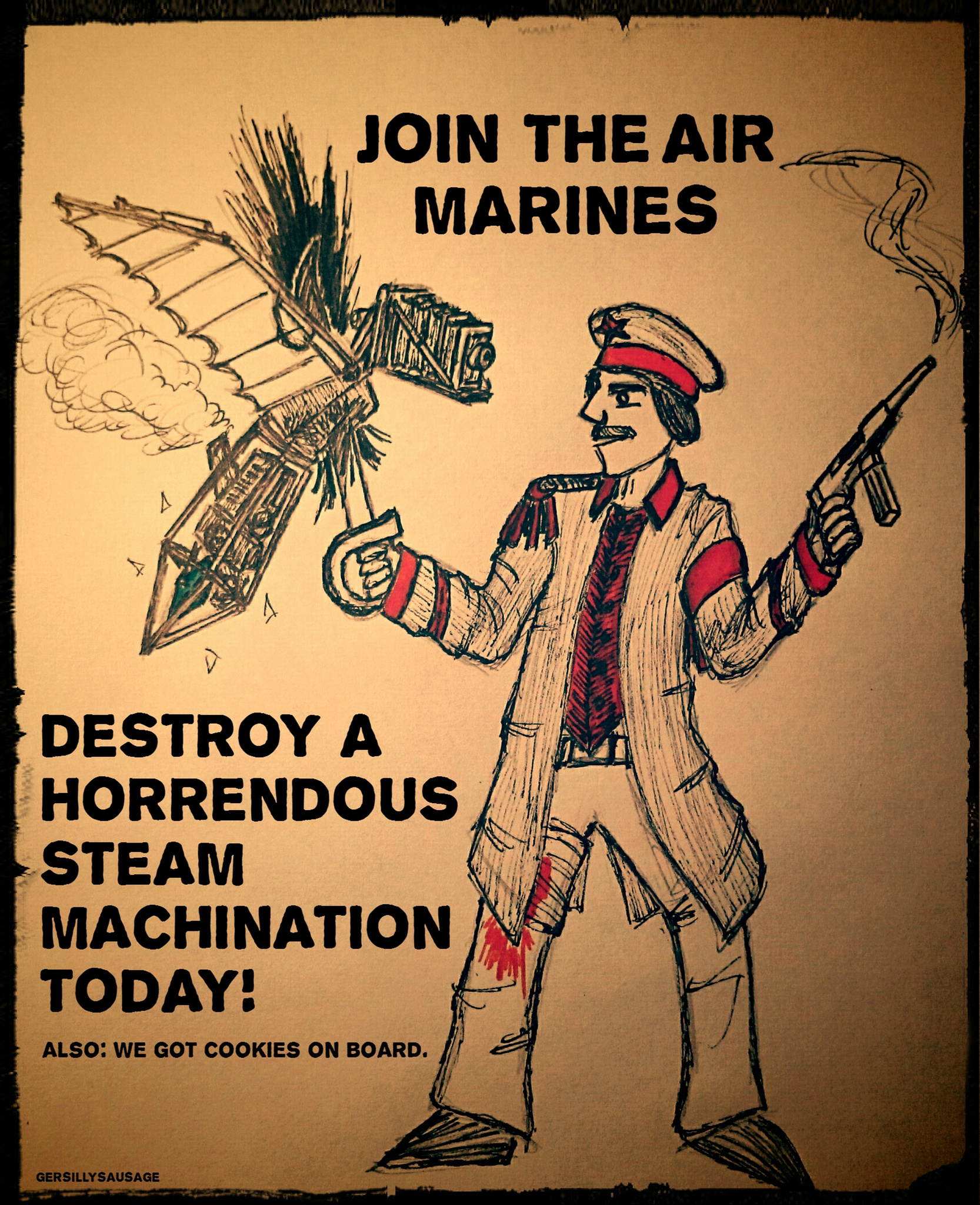 Continuing on the topic of cool/creepy, here’s an air marine serving a, er, post-mortal tour of duty. Just a well-done, if slightly unsettling portrait of an Air Marine... well... how do I put this... let’s just say she’s past her prime. Although already malformed by decay and the harsh life aboard a high-altitude dreadnought, an intricate machinery keeps her working and ready for serious action. And yes, she is a Woman. Don’t ever adress her as “he” or you’ll find a rusty cutlass burrowed in your chest. 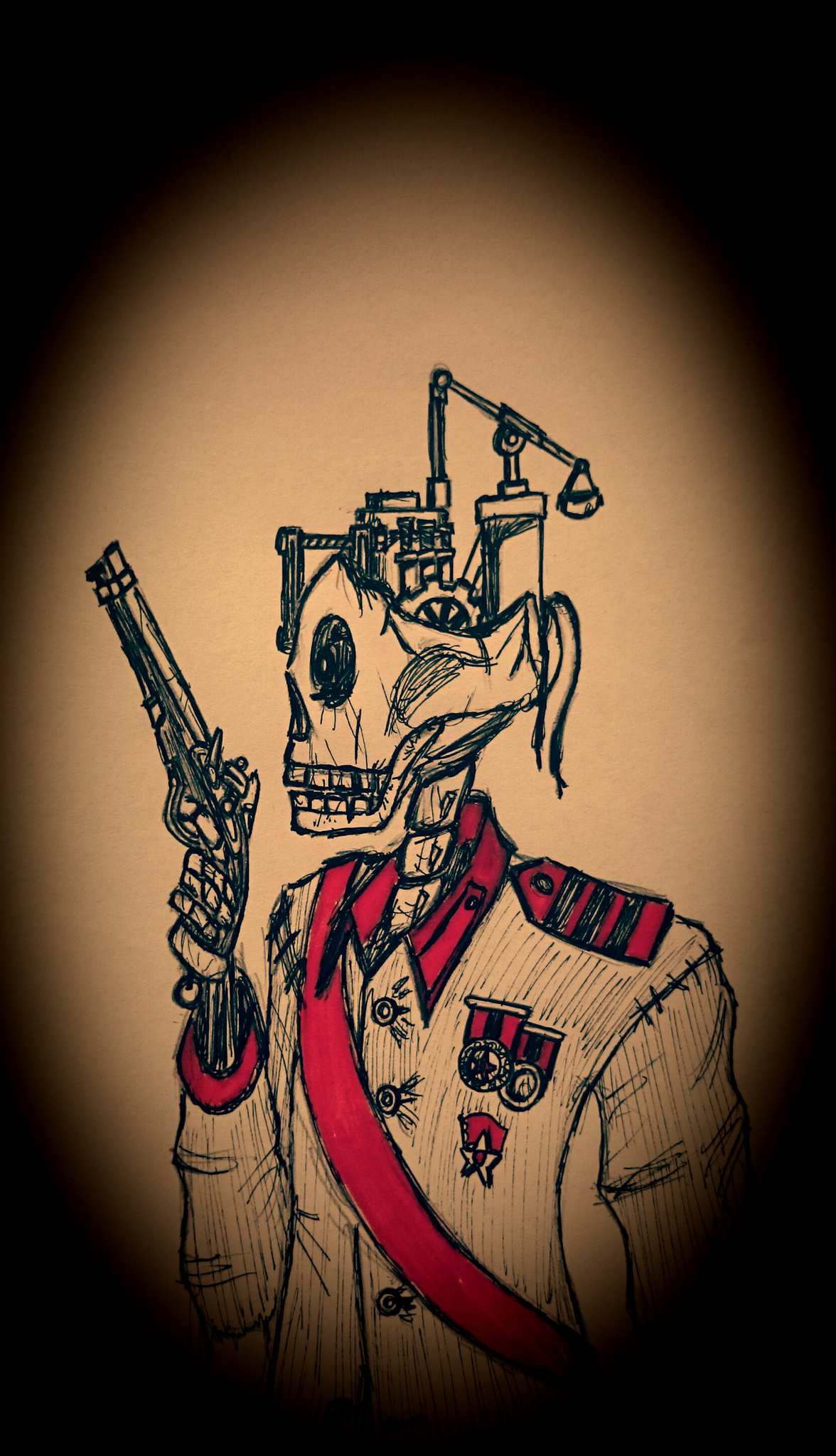 Finally, I really like this detailed rendering of a gatling gun. An advice and explanation form taking a closer look at one of the games not entirely fictional ship weapons: the Gatling Gun. 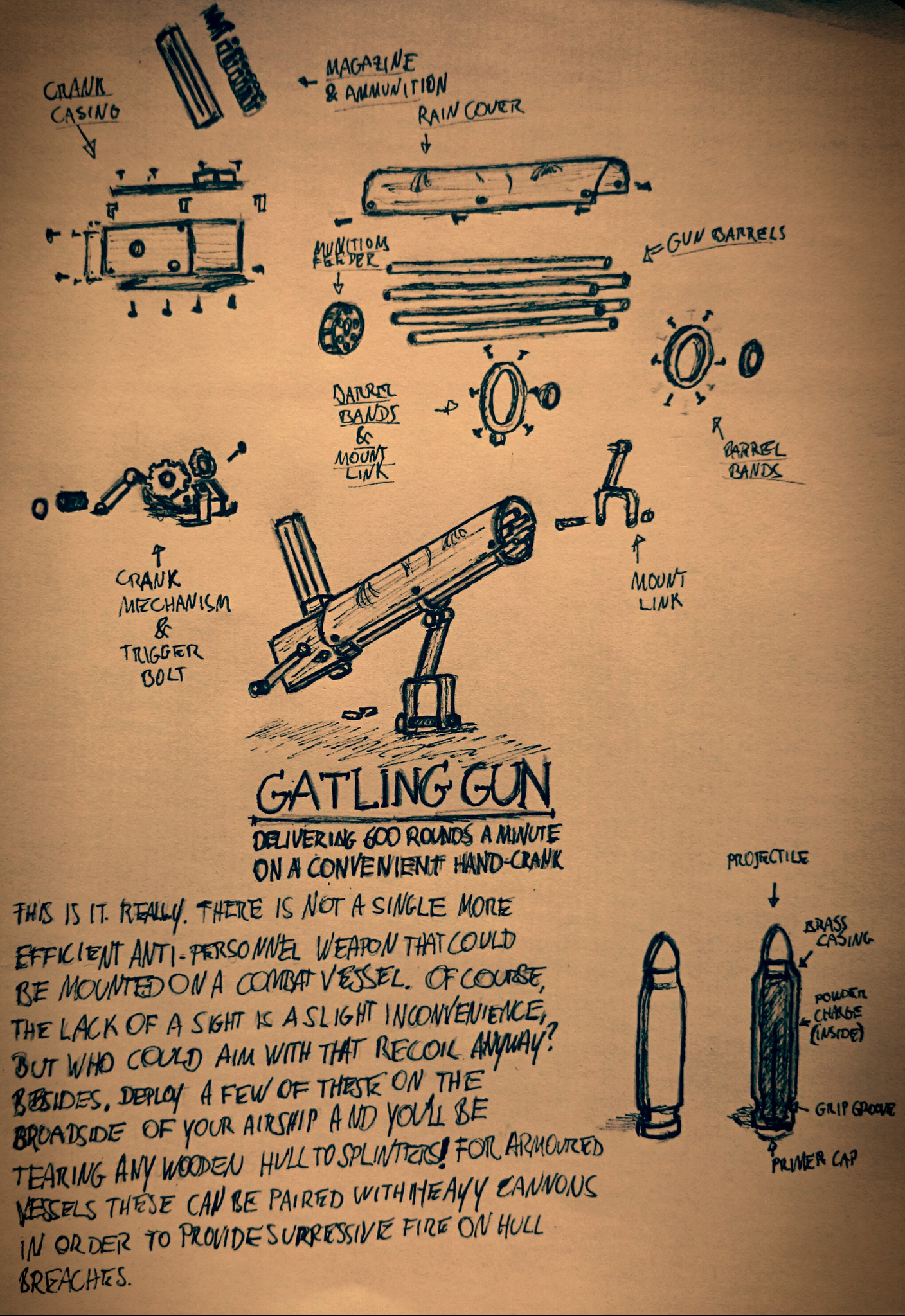 There’s a lot more, so if you like what you see, check out the game’s Steam art page and leave some comments.

This is amazing! You should do stuff like this more often XD