Today we’d like to talk a bit about the in-game journal in EDGAR.When we set out to make this game, one of the most important things for us was that the game be able to serve as a launching point for exploring the literature, people, places, and themes of the Victorian Era. To that end, we are implementing an in game journal that players can use to dive into the world. 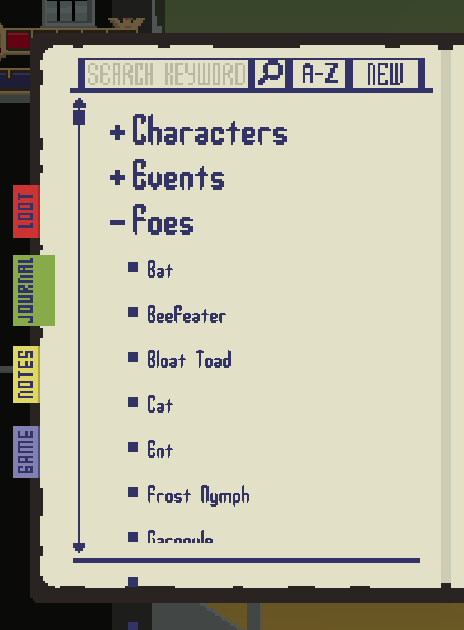 The least spoilerific screenshot we could get

Early in the adventure Poe comes across a mysterious, magical book with the ability to generate new entries about the beings that Poe encounters and the events that transpire. So after defeating a new enemy type for the first time, or after initiating a conversation with a character, a notification will drop down on screen, letting the player know the journal has been updated. These notifications can be turned off if desired, however, the unread entries will still be marked as “NEW” within the journal until they’ve been viewed. 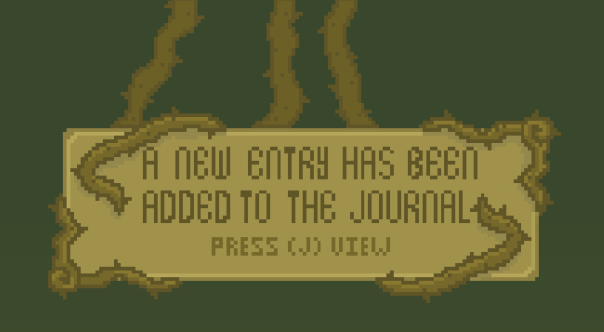 What we are most excited about, in all this, is that we will be mixing both fact and fiction indiscriminately throughout the entries. One entry may talk about the behavioral patterns of gargoyles while another talks about Lewis Carroll’s passion for photography. The blend continues down into individual entries even, as the stories of real people and places are twisted into alternate, pseudo-accurate tales. Not only will this add some coherence and “believably” (as far as fantasy stories are concerned) to our world, but it will hopefully instill a sense of wonder and curiosity within players that leads to them going out and learning more on their own.Ultimately, the journal serves as just another way to expand the alternative world of our game, and how far players dive into it is completely up to them. We are just doing our part to make sure there’s good stuff waiting for those who want it.