The Membraine team has finally added the long-promised Close Assault to the roster of available orders in its turn-based strategy game, Exodus Wars: Fractured Empire.

In its most recent update to the Alpha build of Exodus Wars: Fractured Empire, Membraine Studios added the oft-requested Close Assault to the roster of available orders in its turn-based strategy game, and in doing so has finally delivered on its promise of a game that requires manoeuvre warfare and combined-arms tactics to secure victory. 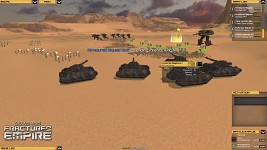 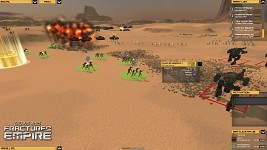 In its now-regular Tuesday Topic post on the FracturedEmpire.net forums, the team outlines its thinking about the just-released Alpha build's implementation of Close Assault and solicits feedback from the community.

You can follow this discussions via the link above and you can of course support the team by pre-ordering Exodus Wars: Fractured Empire on Desura, which also enables you to post your opinions and contribute directly to the game's on-going design and development.