At the moment we are actively creating our game. In this article, we would like to say that we are creating a map, walkie-talkie and weapons for the game.

Hello everyone. After releasing our trailer and getting a generally positive response (Youtube.com), we’ve got started serious working on the game before putting it into Early Access.

Map. After defining the exact genre of the game (first person shooter with a dark atmosphere), we’ve decided to focus on creating an open world, since this is the style that will allow us to make what we wanted. Approximate prototype of the map. 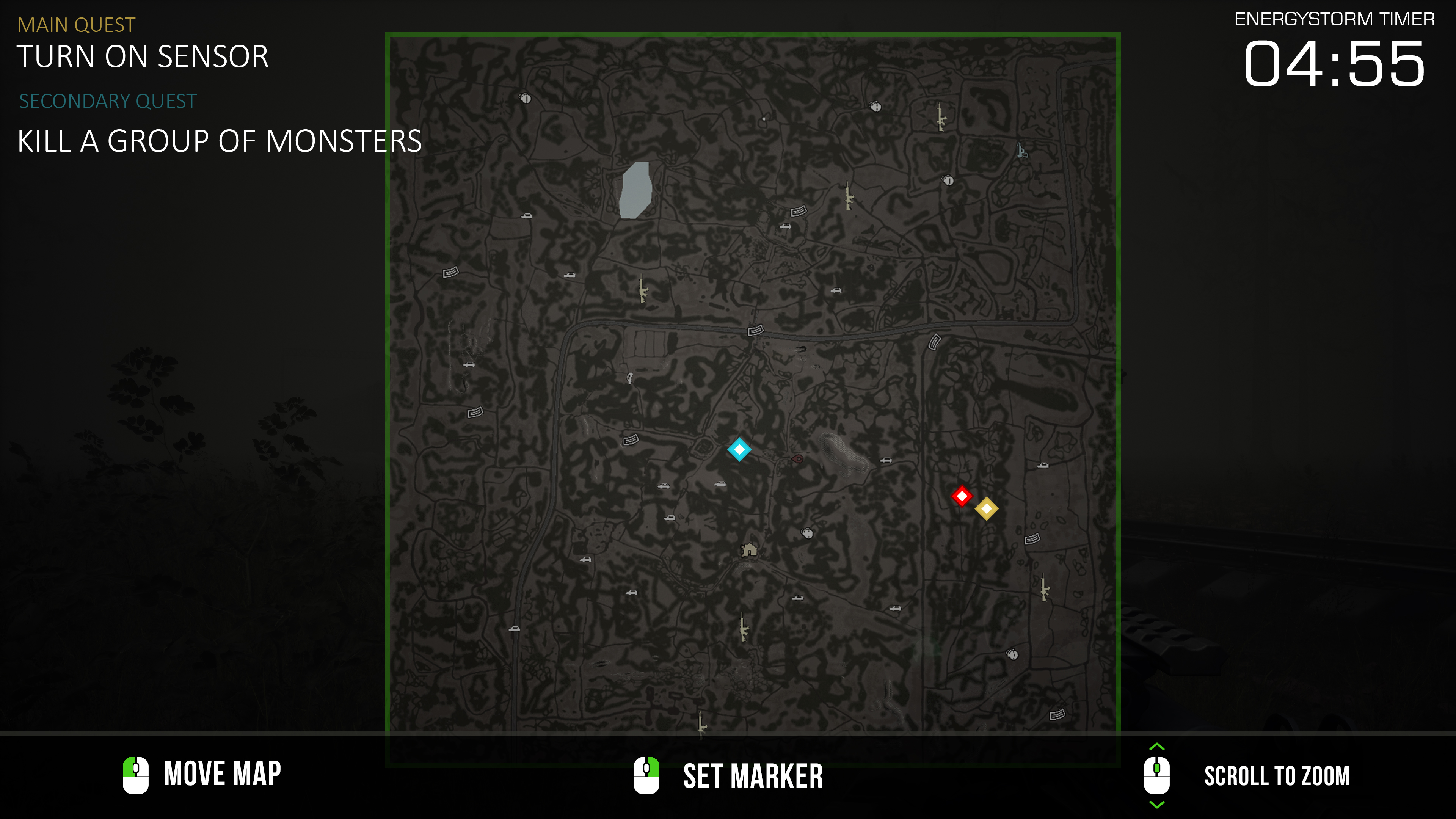 This map will contain icons for missions (both main and secondary), the location of the main character and a bunker, where he can change equipment and save the game. It is planned to make 3 zones in the game, which means that when moving from one zone to another, the map will also change.

Weapon. Our team was faced with the question — what if the hero, after finding and using new weapon, wants to return to the old one, and the map has been updated, or he has already gone far? The best way out of the situation was to create such stands. 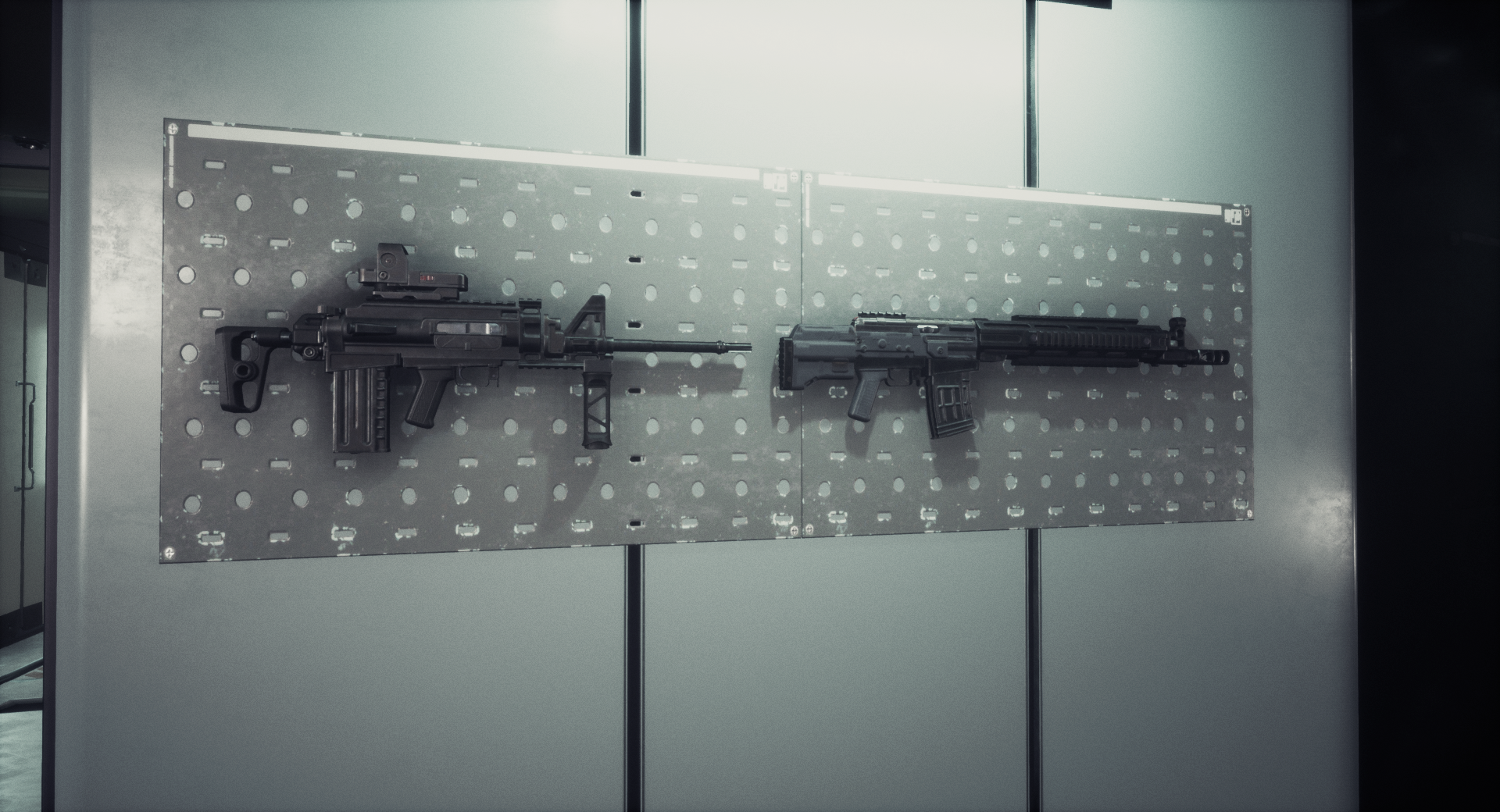 The hero will be able to change weapons only in the bunker (ammo can be found in the open world) and he will be able to carry only one type of main weapon with him. This will allow us to focus on balance better.

Walkie-talkie. Despite the fact that during the game player will not meet anyone (besides monsters), leaving him all alone is a bad idea. Therefore, we decided to add someone who will interact with our protagonist. And in order to save budget on creating and directing cutscenes, as well as to make the gameplay more dynamic, all communication will take place over a walkie-talkie in this format. 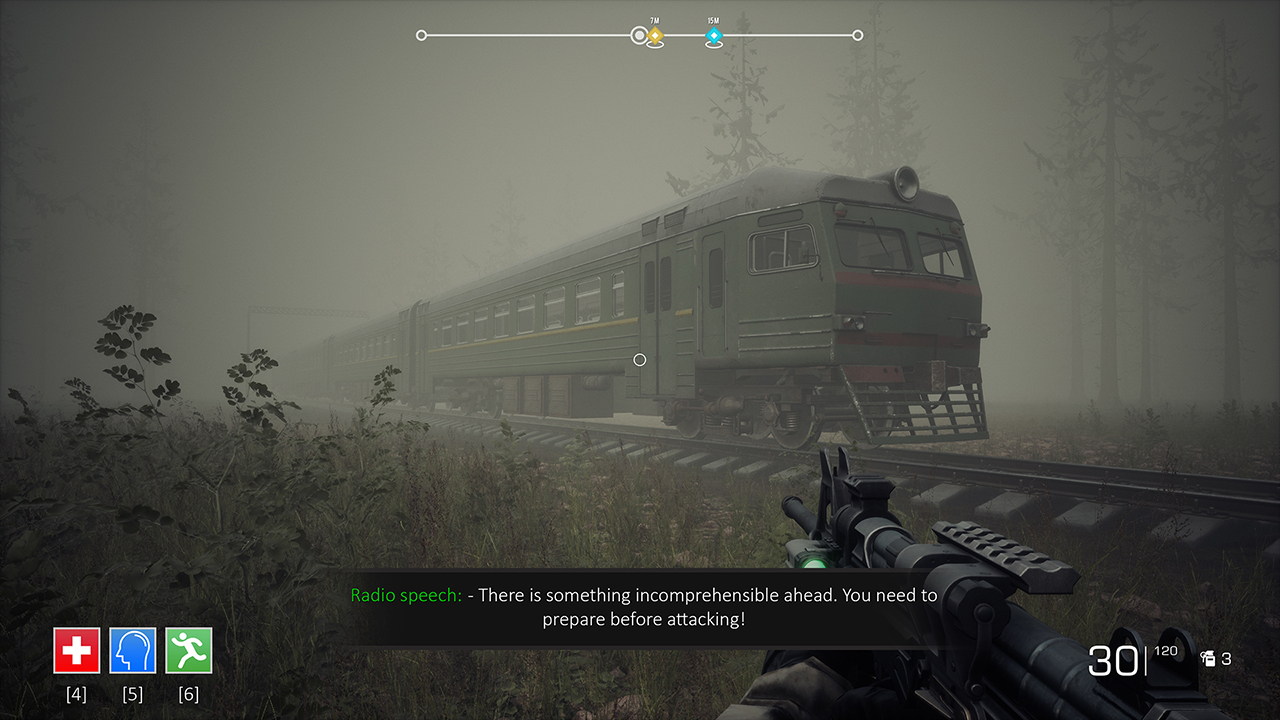 We are going to keep improving our game. And we ask you not to forget to add it to your wishlist: