With lots of testing, feedback, fixing and fine-tuning, we are excited to announce the arrival of update the 1.39 for Euro Truck Simulator 2!

Posted by andrewjsherwin on Nov 3rd, 2020

With lots of testing, feedback, fixing and fine-tuning, we are excited to announce the arrival of update the 1.39 for Euro Truck Simulator 2!

We'd like to thank all those who took part in the 1.39 open beta and made bug reports and provided general feedback on this new version. We hope you can now begin to fully enjoy the various new features which are included within this update. So, what can you expect to find in the 1.39 update for ETS2?

Lets us give you a quick recap of the most significant changes.

One of the first things you may notice when you launch Euro Truck Simulator 2 with the 1.39 Open Beta is a redesign of the current launchpad. The main reason why we are introducing this change is to pave the way for a future addition, which will introduce new features to our games that are accessed through the launchpad. 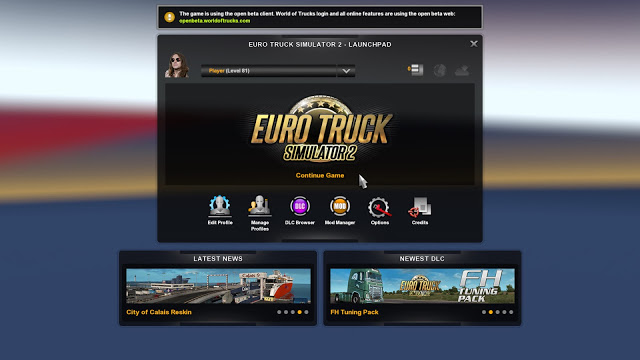 Until then, however, you can see that the design has changed quite significantly. The profile selected at the top now affects all other options and managers found on the launchpad. This applies not only to the Mod Manager but especially to the new addition which we have placed here, Game Options.

This allows you to change your game settings without even having to load the game. So if you're just looking to tweak your game before streaming on Twitch or adjusting a few options before heading into your truck, it can all be done from the launchpad screen.

As we previously announced in a recent blog, new Lowbed & Low-Loader Trailers will be arriving at Euro Truck Simulator 2. These trailers have been reworked from the ground up, offering drivers the option to purchase them and use them in an array of different jobs including High Power Cargo Pack, and the Heavy Cargo DLC's. 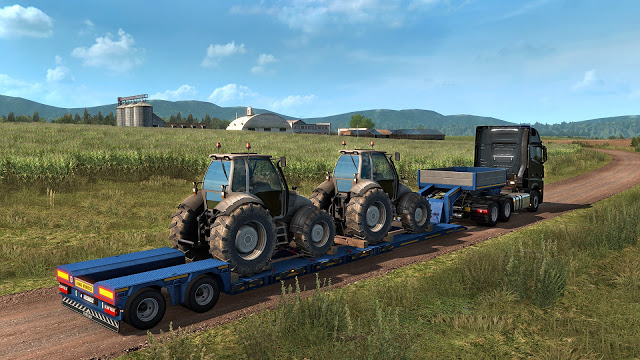 Low-bed and low-loader trailers now come in two main versions - short and extended, plus they now have customizable chassis which can affect their suitability for heavy cargoes. You will now also be able to adjust and tune them up with multiple new options like colors, rear bumpers, and banners, markers, lights, ramps, side protectors, multiple versions of side/toolboxes, beacons, strobes, mud-flaps, and more! Every single one of these new options had to be adjusted properly for each of these new trailers, to be sure that they fit perfectly! 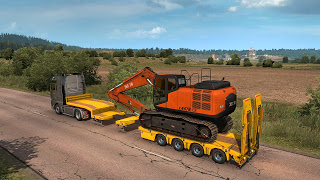 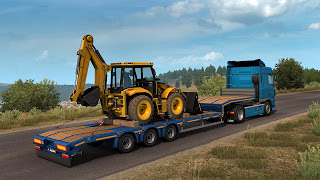 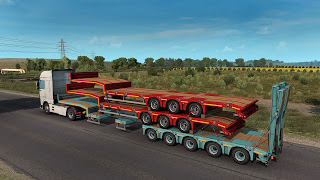 This major update affects not only the base game of ETS2, but also a lot of other DLCs such as the Heavy Cargo Pack, High Power Cargo Pack, Schwarzmüller DLC, and Special Transport. 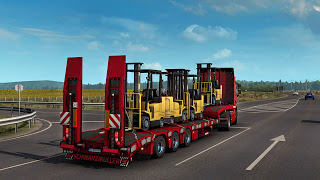 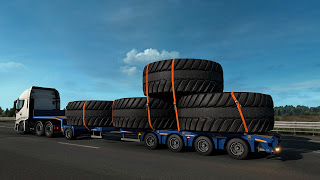 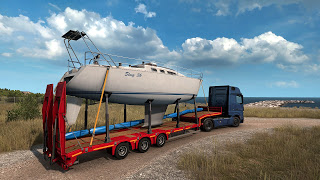 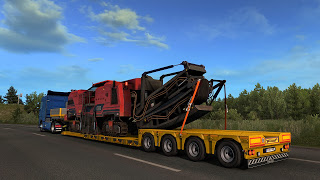 Introducing the port of Calais, the fourth-largest port in France and the busiest for passenger traffic. Its industry accounts for more than a third of economic activity in the local area. As many of you may know, Calais is one of our base game cities which was released with Euro Truck Simulator 2. 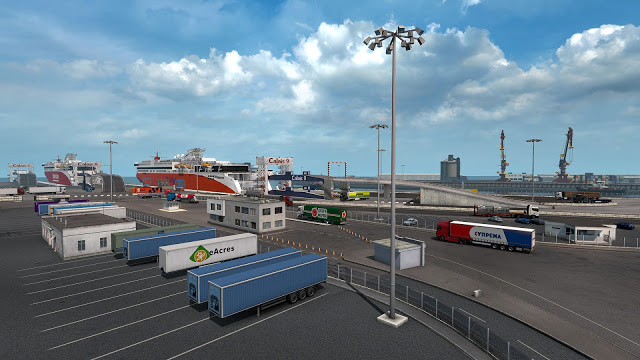 As such, a dedicated part of our map team has taken time to give the city and port a major reskin, giving it a fresh and up-to-date look for 1.39. The biggest change you will notice is how the port is now represented in-game. In reality, Calais port is huge and so our map team has worked hard to best reflect that reality within the confines of our map scale. This newly recreated port will feature new assets including gates, terminals, ramps for ferries, and fences. 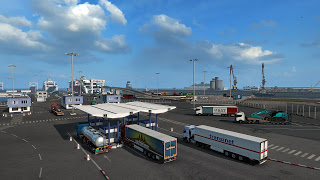 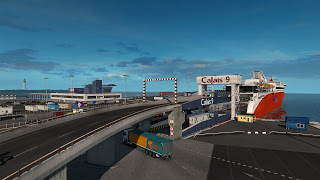 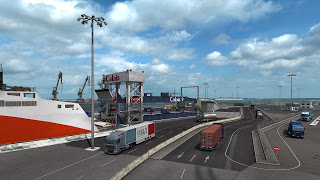 Other changes include updates to the port entrance and surrounding city areas which have been redesigned to correspond more correctly to reality now. You can read more in detail about this free update to Calais in this blogpost.

1.39 also features various bug fixes, improvements, and an update to sounds. This includes, but is not limited to, improved interior cab sound mixing and other changes in preparation for new and upcoming content.

One of the changes you can find is the addition of the Turbo sound slider in the game's Options screen. When we introduced a separate channel for turbo sound some years back, it was hailed as a crucial enhancement to the simulation. We did our best to tune it properly based on actual in-cabin recordings. Indeed, many players commented very positively on it. However, over the years we have also been receiving feedback that the whistling sound may be too difficult to bear for some players. The new slider continues the trend of giving you more control over your simulation experience. We hope you enjoy this new addition plus a few other sound tweaks which come with it.

While a majority of the changes in 1.39 are not seen visually in this version, we look forward to bringing you more content and changes in the near future.