A new version of Epilogue is out, featuring a new boss and a variety of tweaks and changes.

This version adds a new optional boss to level 6. Good luck with him! I also added elemental affinity information to the enemy mouse-over and removed stamina from items and Kagh buffs. In exchange, I added max health bonuses that are received when you kill bosses (which also adds extra incentive to kill optional bosses).

If you use steam and like Epilogue, I would very much appreciate your vote on Greenlight.
NOTE: Save games are incompatible across versions! 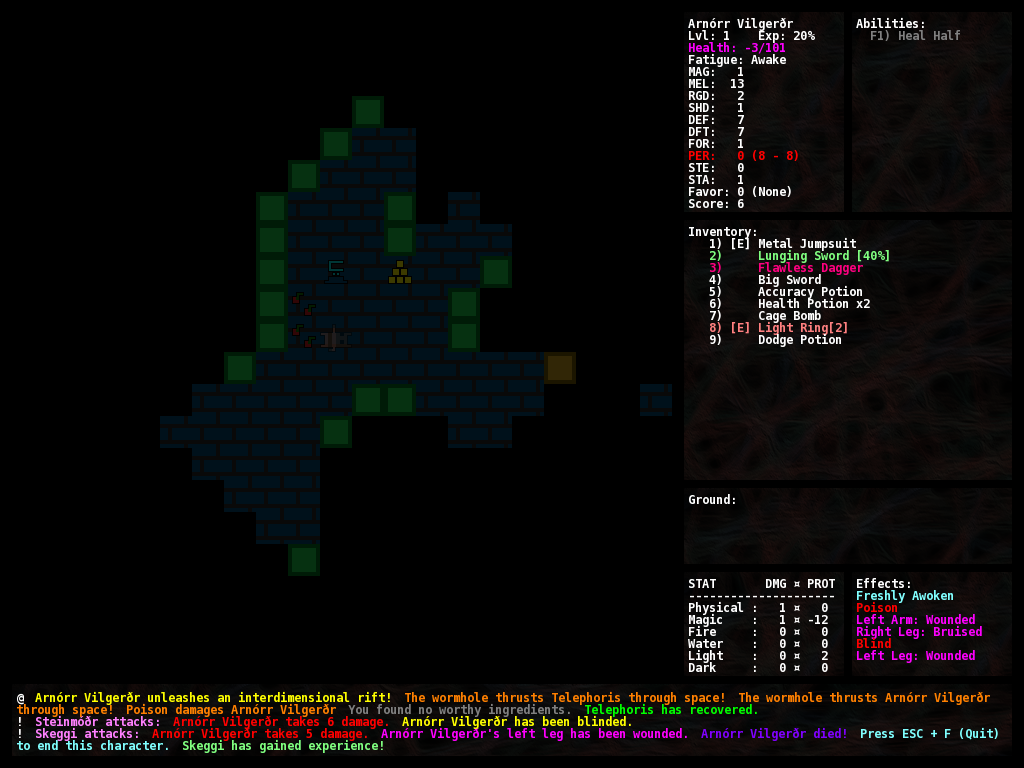