For the last week we have been hardly at work to bring our vision of Ephemeral to life. A lot of progress have been made. We have re-worked the first stage with textured models, added bunch of new models and improved the overall visual feel of the environment.

For the last week we have been hardly at work to bring our vision of Ephemeral to life. A lot of progress have been made. We have re-worked the first stage with textured models, added bunch of new models and improved the overall visual feel of the environment.

Also we have been thinking a lot about the gameplay and decided to look for an experienced programmer who could help us with our vision and I am glad to say we have found one who is capable of doing just that. We want Ephemeral to tell the story through its gameplay, visual and audial qualities without using any written or spoken words.

For optimization reasons we have decimated the main character model to a much lower polygon count, which did mean we had to redo all the animations already created for the character to fit this new model. 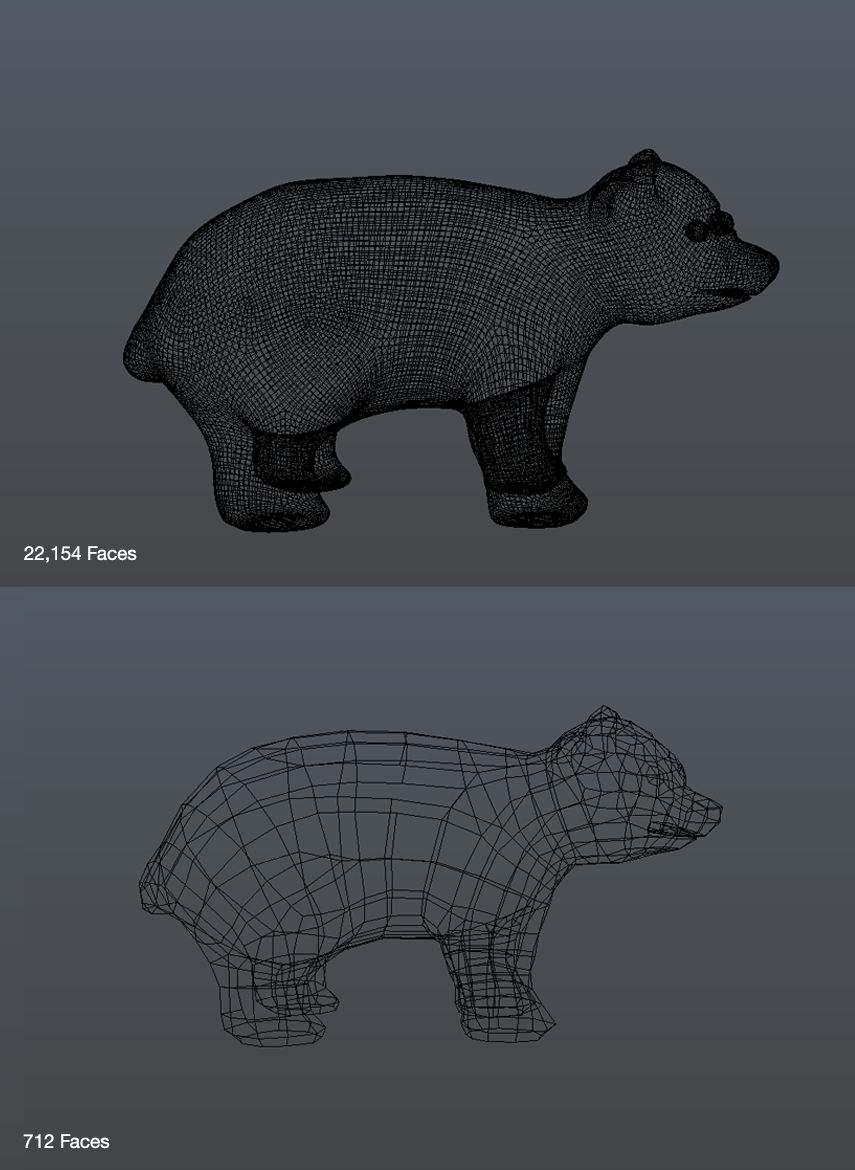 Low Poly Version of the Cub

Scale of the Level

An important task was to understand the scale of the level we are building, so we brought our sketched version of the level to the engine and we were surprised at how large the level actually will be. The level was divided in 8 terrains. At this point the job has been finished only on the first terrain.

With a new model came new animations. We are still in progress with making these animations perfect, but for the engine we needed to combine them all in one file. A new animation have been added to the animation sheet - climbing.

As said previously we have added a lot of new models to the game to bring the environment to life. Here I would like to showcase some of the new models that were added to the game with this update. 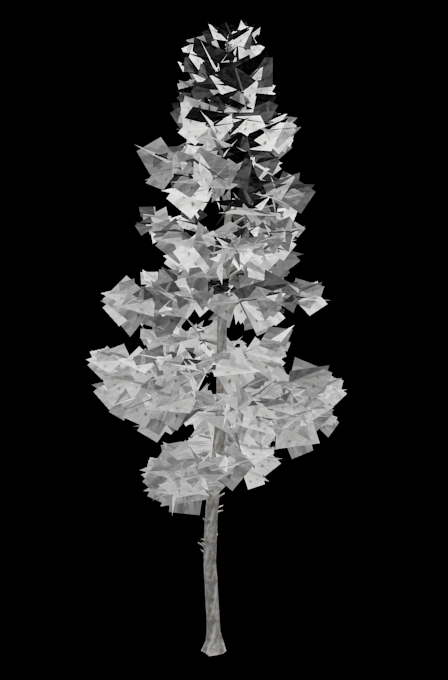 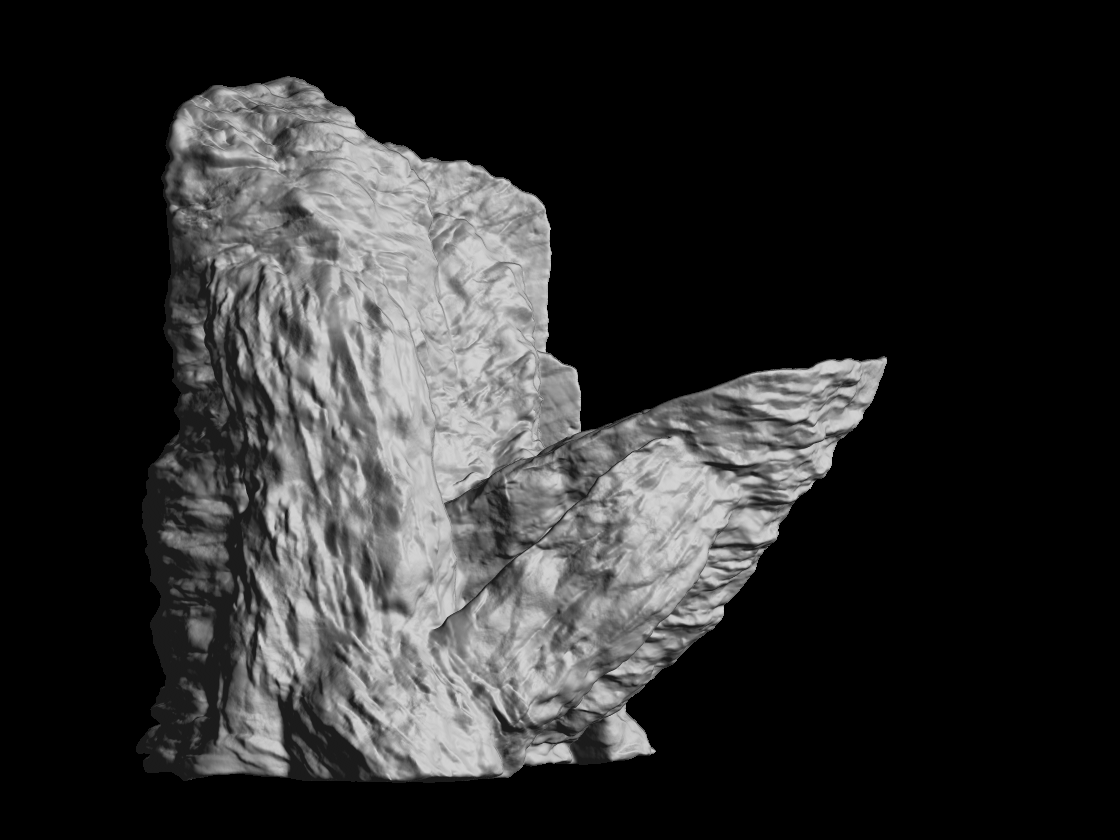 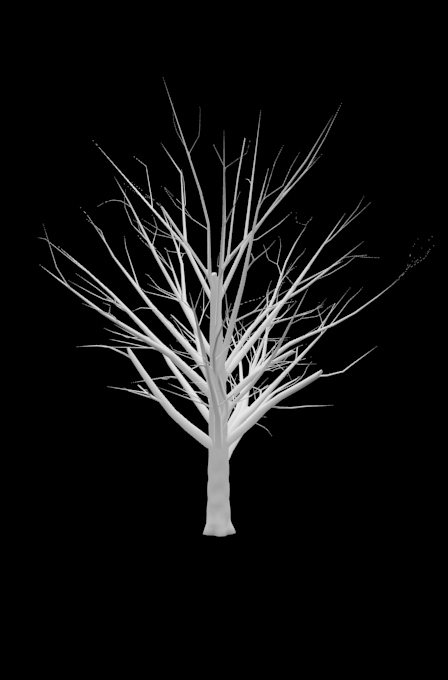 So besides these details I am sure you are most interested in the result. What and how has the game changed over the course of this week. I am quite satisfied with what we have achieved and I gladly present you some screenshots from the game at the state it is right now. 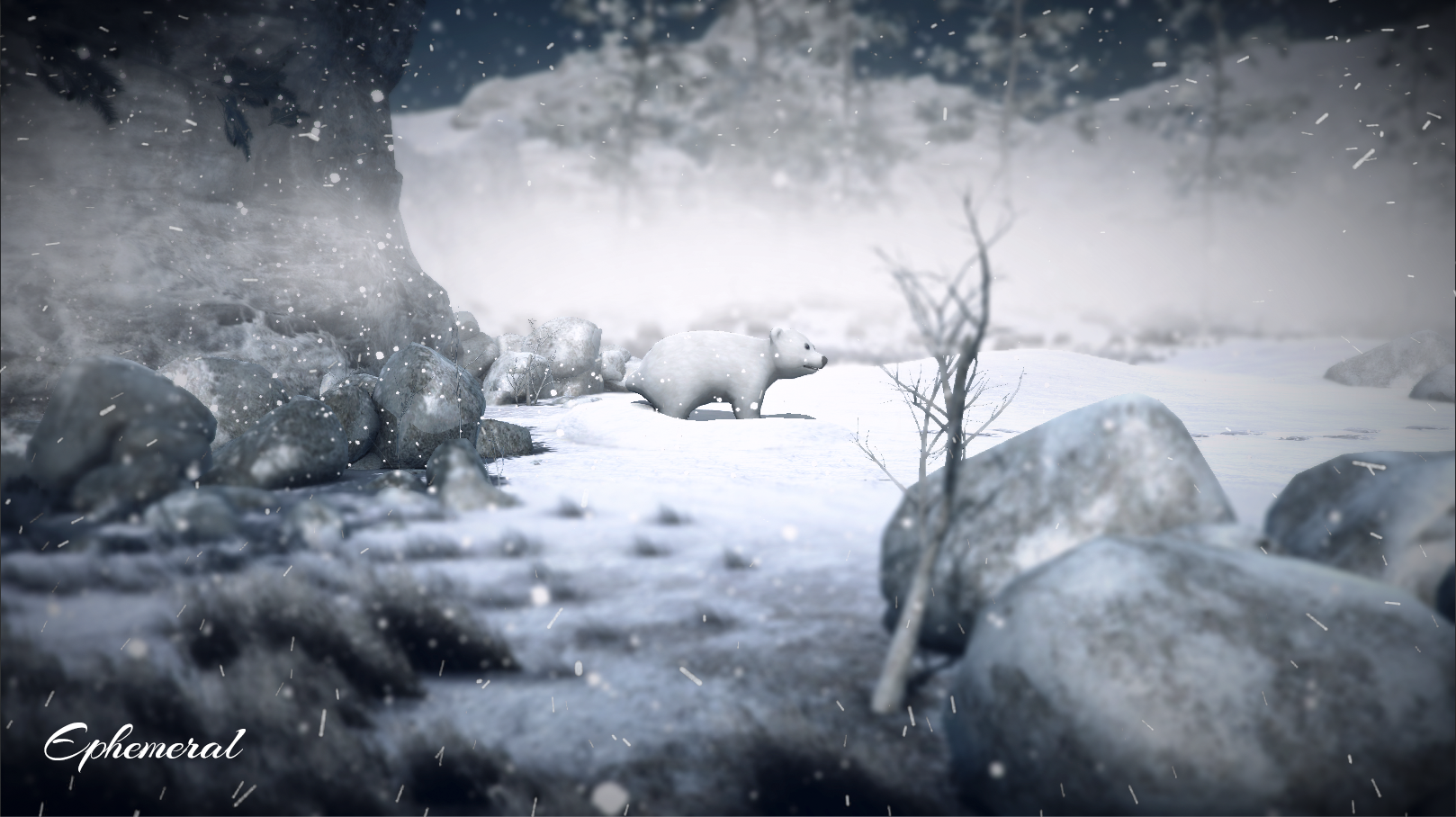 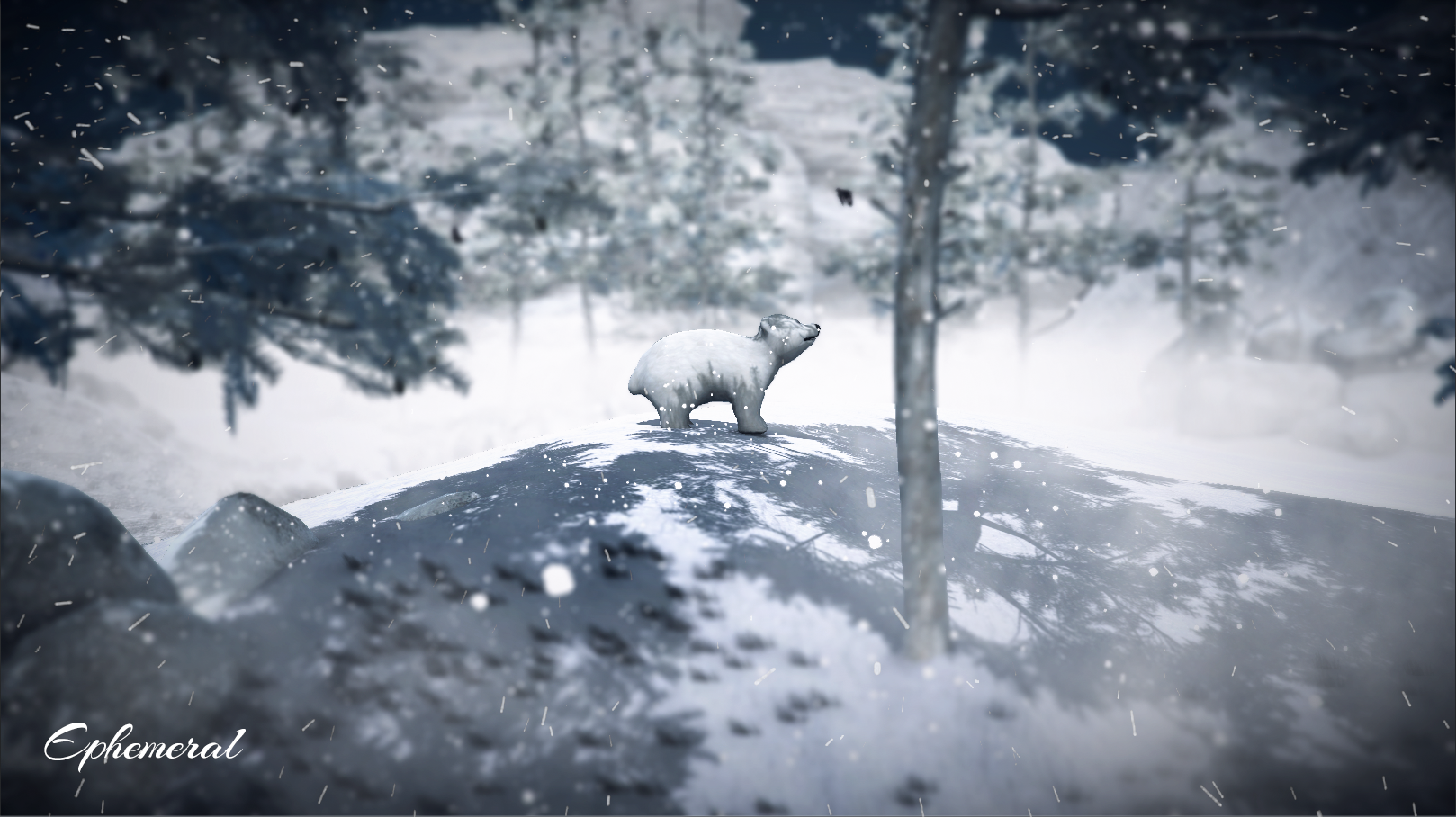 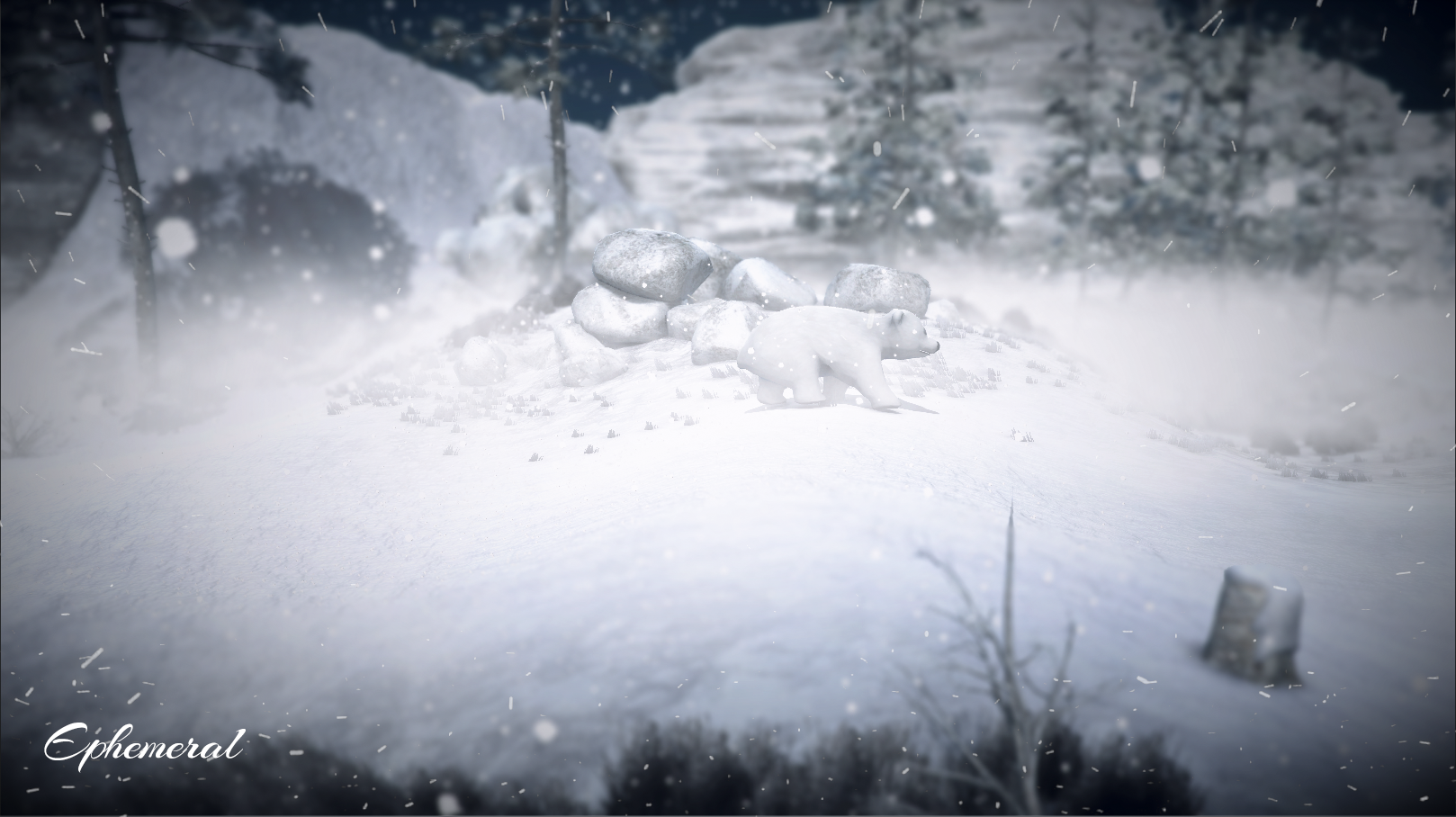 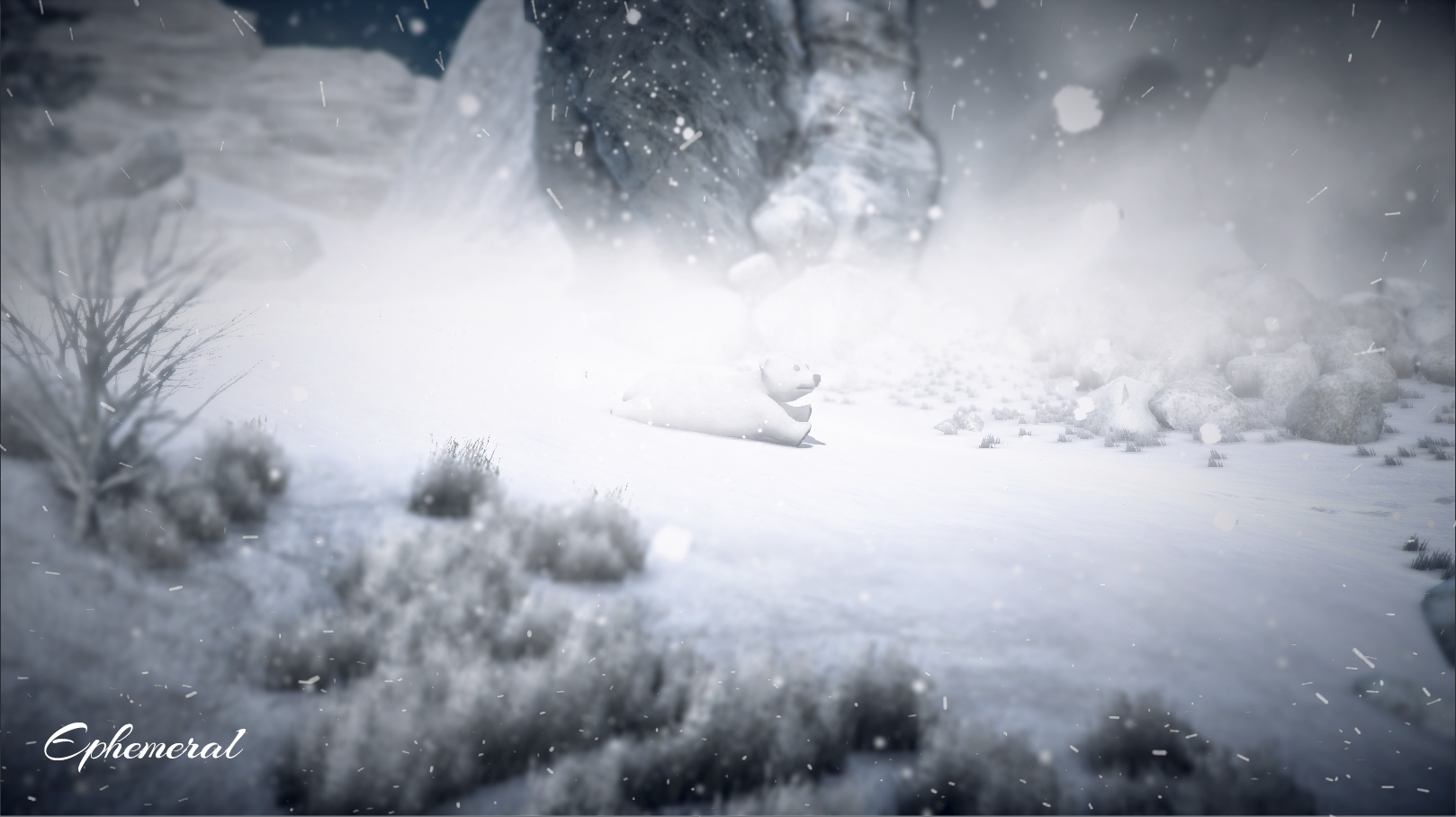 To end this article I would like to present you with a video walkthrough of the first terrain. Thank you for reading this article and if you are interested in our game please become a watcher.

As a lone polar bear mother & her cub is forced to run for their lives they reach a dead end. A cliff from which the fall would be very hard but they are forced to jump for their lives. As they reach the ground the cub is knocked out unconscious & as he awakes his mother is nowhere to be seen. All that is left is her footprints that soon disappear as a huge snow storm approaches. Distressed the cub has to take a journey to find his lost mother and learn how to survive on his own. Where will this journey take him and what made his mother leave him behind, that is the story of Ephemeral.