This week we take a look at the third monster in the game.

Howdy! At the moment we're working on multiple new enemies for the game. One of them is the Blow-up, an insect monster, which explodes when it gets close to the player.

We've had a certain enemy roster in mind from the very start, but we've wanted to take things slow with it and not add all of them at once. This way we've had the time to balance the game, and program the weapons before having a dozen different enemies charging towards you. Blow-up adds a special spice to the battle, and makes you re-evaluate the situation. A well-placed shot at the mutant might take down several others, but getting into close combat with it is often deadly. 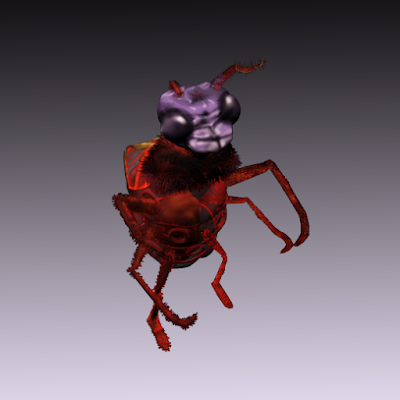 I personally have this sort of a love-hate relationship with Crimsonland (2003). It's a fun indie shooter, but that's pretty much all it is. What it does well though is the combat, and especially the minute-to-minute tactics of it.

Designing realtime combat on a larger scale is always a challenge, and there's a lot to take into consideration. Some enemies are fast little guys, who will chew your health away, others are slow walkers which pose no threat alone, and others are ranged enemies, which hurl fireballs and acid projectiles at you. 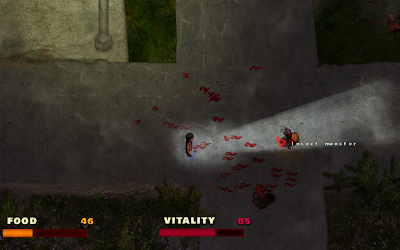 Bringing all of these elements together creates the feel of the game. That's why designing the Blow-up is not just about adding one enemy character anymore, it's about the whole gameplay in Kalaban. And that's it for this week, I hope you enjoyed this piece! Stay tuned for more updates on the enemies.