A more in depth look at base building in our RTS game. The last few weeks have been spent creating new models and improving the base building mechanics.

Base building is an integral part of Empyrean Frontier. All units and upgrades are produced from modules on the player's mobile space station, resources are collected there, and once all structures are destroyed, the game is over. Each of the 2 factions will have a slightly different (but mostly similar) set of buildings for their space stations, at the moment only the buildings for the Empire faction are done. 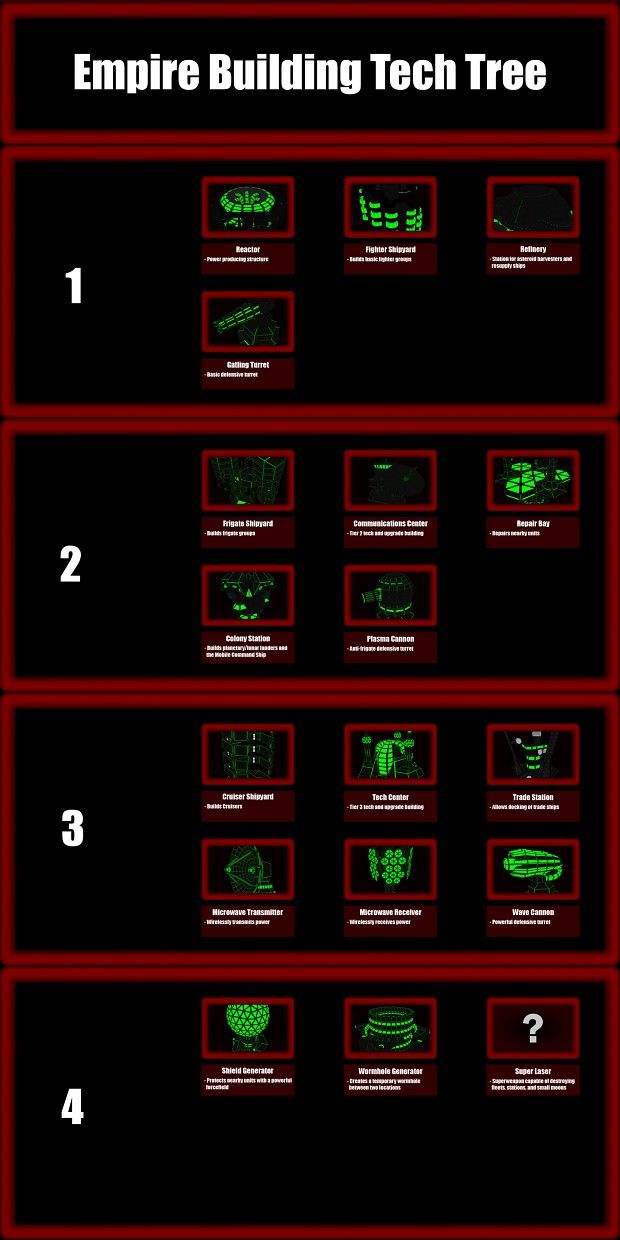 More Detailed List of Buildings: (may be subject to change)

- Reactor: basic power producing module
- without enough power, all other modules either shut down or have significantly increased build times

- Microwave Transmitter: wirelessly transmits power
- combined with receivers, allows all bases to be connected to a single power grid
- can be overcharged to fire an EMP like pulse, disabling enemy ships

- Microwave Receiver: wirelessly receives power
- combined with a transmitter, allows all bases to be connected to a single power grid

- Wave Cannon: powerful defensive turret
- fires an energy wave, passing through multiple targets in a straight line
- strong vs. everything

- Shield Generator: creates a protective shield around nearby units and structures
- incoming projectiles have their damage reduced significantly

Extra: Video of Base Defenses in action