Welcome to our November 2020 newsletter! The past few months have seen quite a few things happen, both for Empires of the Undergrowth and for us, Slug Disco, as a company. Very importantly, we are taking our first steps into expanding a little, and we’ve brought Dan on board as our Marketing Content Creator. We’ll have a little from Dan later on as he introduces himself to you all.

I’m sure you’ll all be keen to see what we’ve been doing with regards to the fire ant update. Whilst we don’t have artwork we want to spoil yet, we can show you a bit more of our systems development as we introduce a new concept for ants - strandings. With changing water levels and multiple small islands on the miniature archipelagos that make up the fire ant’s swampy environment, the possibility of them getting stranded is now a real threat.

Stranded ants are panicky, and will die quickly if not reunited with the colony as a whole. This is thematic with ants being eusocial creatures that cannot survive for long by themselves. If you want to avoid a mass panic and death among your stranded ants, you’ll need to rescue them! Thankfully, fire ants are adept at using their own bodies to form bridges (as we’ve shown you previously) and sometimes, you might want to build a bridge not to reach new resources, but to rescue stranded colony members.

I’ve heard it said that if you lined up one of every kind of creature that exists in the world, one if every four is likely to be a beetle. Naturally, we want to include some more of nature’s little walking tanks in the undergrowth! The six-spotted tiger beetle Cicindela sexguttata is a common hunter in North America, and these beetles are easily identified by their ferocious-looking mandibles. Expect these daytime predators to be causing trouble for fire ants in the Green Swamp Preserve of North Carolina! 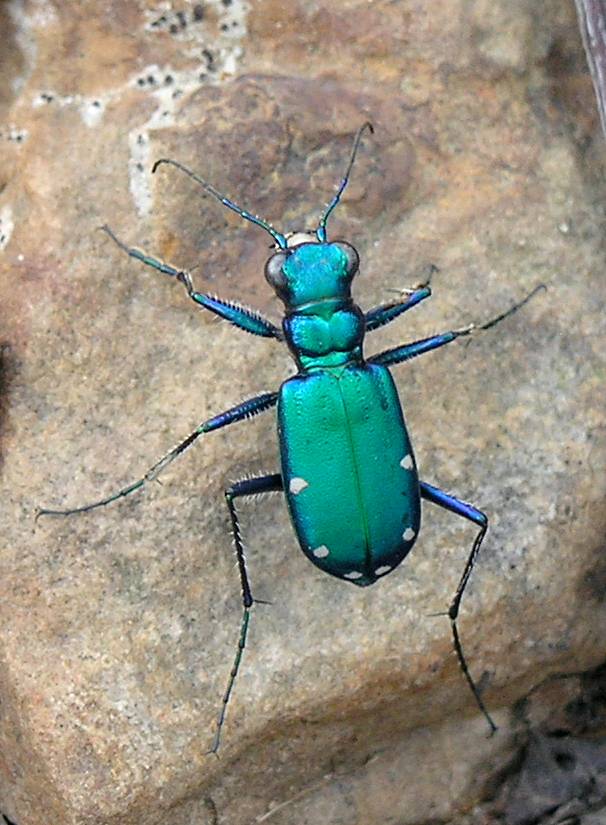 Outside of this, large amounts of progress is being made on the levels, script and everything else we’ll need to complete to bring fire ants to the game. With the addition of our new team member freeing up the devs for work on the 4.x levels, we expect to show you a lot of shiny new things very soon. Speaking of which...

One of the disadvantages of being a small team is that everyone has to be a generalist. The team has, until now, consisted of three developers (who are also the owners and company directors) and a community manager. Marketing responsibility has been shared between everyone, which is far from ideal - no project like this can be successful without a good marketing provision, but the developers want to spend their time developing. Enter Dan, our new marketing person and fifth team member! He’ll be taking on the role of producing marketing materials for us as well as exploring other avenues for us to get the word out about Empires of the Undergrowth and our other two games. I’ll let Dan introduce himself:

“As development continues on Empires of the Undergrowth and with the addition of Beetle Uprising and Ecosystem under the Slug Disco banner it became apparent that another slug needed to join the disco!

And I am that latest slug (maybe this slug analogy needs some work).

My name is Dan and I have joined the team as a Marketing Content Creator which means, well, I'll be creating content for marketing would you believe! Whether this is liaising with streamers and press to get content created for us - or making the content myself such as videos, digital graphics, the role covers a lot of elements.

If you feel like saying hi then why not head on over to the Discord server or our newly revamped Reddit page?

See you in the Undergrowth!
Dan"

We’ve recently released version 0.22. As well as including some neat new extra levels like Excavators and Tug of War, as well as AI colonies in freeplay, some important changes to game systems have been made.

We’ve made some changes to the way pheromone trails work, and Liam put together a helpful video explaining what’s been changed and why. In short, the updates to the way trails now work will mean more ants will reach the end of a trail faster, and some of the ants will be turned back along the way to form a seamless trail to the queen.

Newer players are sometimes confused as to why the game works like this instead of a more traditional RTS setup (for instance, units in StarCraft II). In short, we want the ants to feel like ants, and for the species that feature prominently in Empires of the Undergrowth that means trails. We can strike a balance between this naturalistic feeling behaviour and with the standardisation of the different methods of putting ants on and off trails, make the whole thing smoother and more responsive.

A few bugs resurfaced since the 0.22 update and we’ve taken some time out to track these down. Since adding some new resource collection behaviours for fire ants and beyond, some issues with these systems manifested themselves in other parts of the game. Something that has apparently been a long-running problem that wasn’t significantly on our radar until recently is that it is still possible for some creatures to get stuck in nest entrances. The reason we hadn’t come across it was because it required very low frame rates to occur, and so we had to develop a test that suitably stretched our hardware far beyond its limit. Once we were able to reproduce the stuck creatures, it was quite easy to find the problem.

The creatures usually ‘sweep’ themselves forward when they move, stopping if they hit something, but sometimes it is possible that a creature is already intersecting something when it begins its movement routine and so it can’t sweep itself anywhere. In this case the creature will teleport, but there’s a problem with that – the lower the framerate, the further the teleport and if the teleport is long enough, it can go straight through a wall to the other side (which is what happens with these beetles). Although we foresaw this problem, the routine to protect against it happening had a typo - but that’s now been fixed!

The first game published by Slug Disco Studios to fully launch, Beetle Uprising by Iocane Games left early access and entered full release on the 5th of November. We had a fun launch for it, consisting of an informative if unconventional imgur post that talked about why sites like imgur are essential for marketing when you’re a small team without a mega-budget for advertising!

As well as the completion of the campaign levels, a new feature - Mystery Mode - has been added. This gives random rewards instead of set ones in the campaign, which could lead to some interesting beetle abilities and stats earlier on! We look forward to seeing what you get.

Thanks so much to everyone that’s helped get the game to this point through feedback and supporting it throughout its early access time.

And so we come to the end of an unusually beetle-heavy edition of the newsletter! As always my favourite bit about this job is finding the amazing screenshots our fans produce on a regular basis. As a reminder - you can take a nice artily-angled screenshot using photo mode (F9 by default - and if you hit shift whilst pressing F9 you’ll get an unlocked camera). Upload your screenshots to the Steam Community page, send them directly to me at mike@slugdisco.com, or how about join us on our Discord and share there! 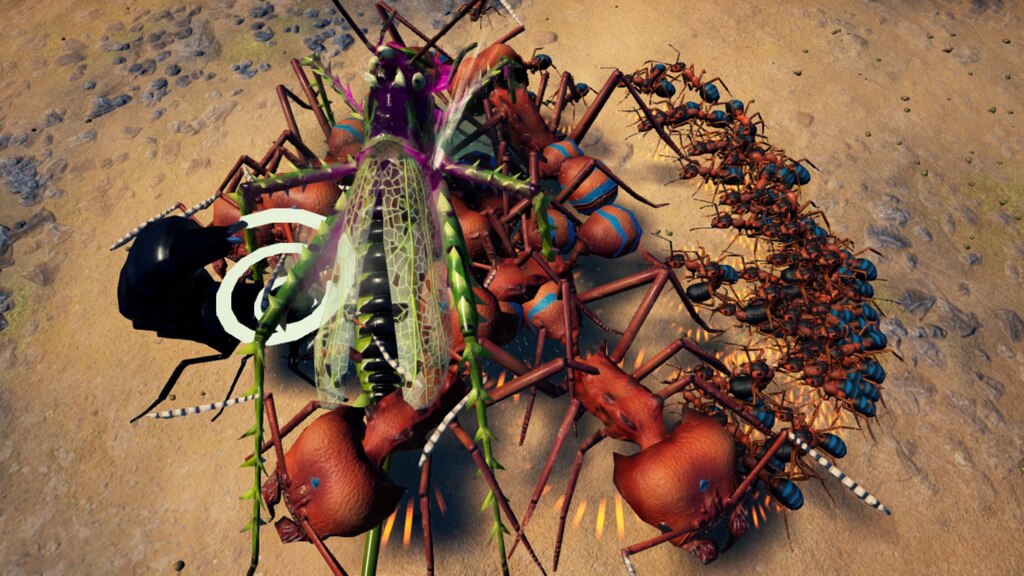 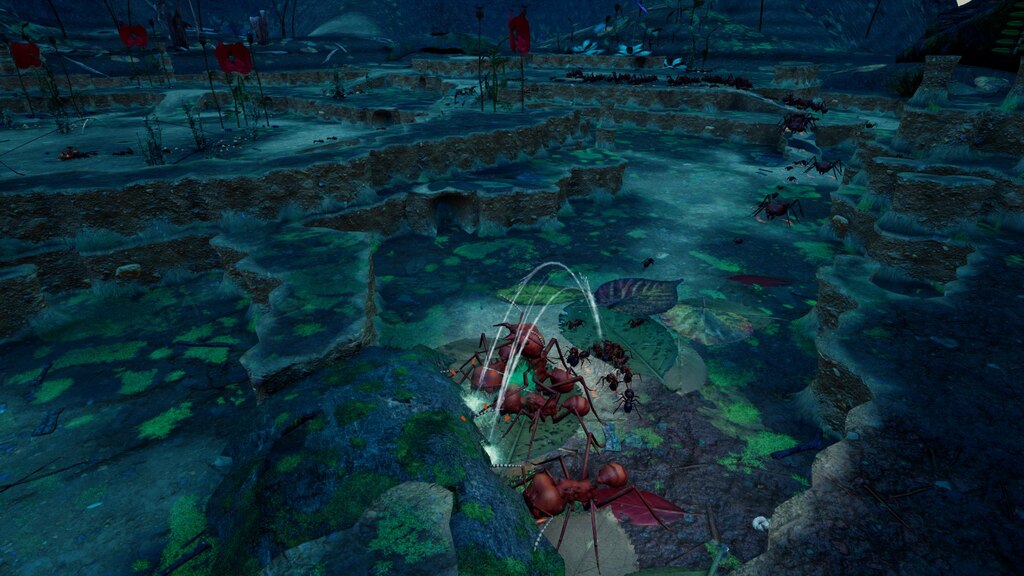 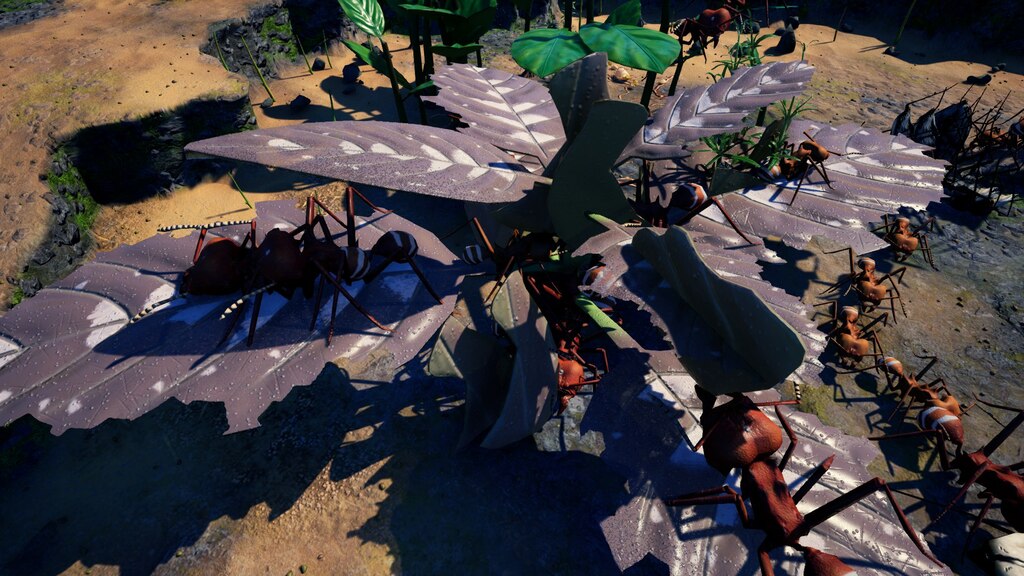 IndieDB Indie of the Year

IndieDB's "Indie of the Year 2020" is now live and if you are a fan of Empires of the Undergrowth, whether you've played the demo or the full game, we'd massively appreciate any votes that you can give!

We are hard at work on Empires of the Undergrowth, pushing for the 1.0 milestone and awards like this help us get the visibility to make that even more of a reality so any votes would be amazing. You can vote by visiting our IndieDB listing right here.